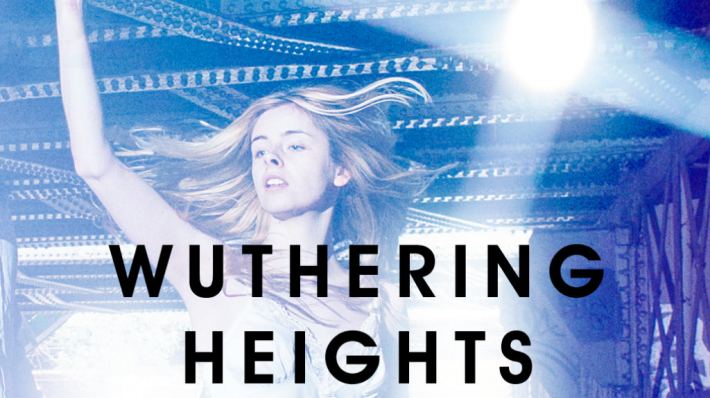 It is no easy task to turn a book into a play, especially when the book is one of the most beloved pieces of English literature. Stephanie Street’s script brings a modern twist to Emily Bronte’s Wuthering Heights in her adaptation. While the story is well adapted, the language is quite different from that of the Victorian era, and at times the use of profanity is repeated a bit too often. That being said, it remains an interesting artistic take on Bronte’s worlds. Currently being put onto stage at the Ambassador Theatre, director Emily Lim’s vision of the book is nothing like a Victorian novel either; rather, it is a breath of fresh air from what one classically thinks of when one thinks of “the theatre”. The décor is, at first glance, rather strange. With clear plastic serving as walls and a pile of what seems to be ashes, the audience could be taken aback by this unconventional set design. Indeed, in the first few minutes of the play, it is difficult to follow what is going on especially if one is not well acquainted with the plot of Bronte’s novel. Although it takes a little while, once the spectator is able to fully understand the play, he or she is immediately sucked into Cathy and Heathcliff’s twisted love story.

Different actors portray the various stages of the lives of the protagonists. This is confusing given the fact that the actors do not look alike. On the other hand, it is a good way to understand which part of their lives is being depicted, be it the childhood, the teenage years or the adult life of Cathy and Heathcliff. They all wear the same costume, which is a great help. On a similar note, lighting is also well used to accentuate the changes in the stages of their lives.

The National Youth Theatre’s cast is quite large but demonstrates great quality in all of its members. Actors playing Heathcliff and Cathy’s role depict each stage of their lives differently, showing various personalities and originality. It is refreshing to witness many actors playing, in a sense, one role. It shows the variety in the interpretation of one character. The presence of the deceased Cathy and Heathcliff on stage, played by Francene Turner and Gavi Singh Chera, gives yet another layer to the story, with the two actors watching and commenting their lives from above. While it is a sad story, there are moments of comic relief, which is greatly appreciated by the audience. This does not draw away from the main plot line. Rather, it engages the audience more thoroughly into the world of Cathy and Heathcliff. It is important to note that not every actor is playing Cathy and Heathcliff. Indeed, the roles of Edgar, Isabella and Hindley, to name a few, are all well embodied, adding to the strong overall performance.

Before going to see Wuthering Heights, the audience needs to get acquainted with Bronte’s work of fiction to be able to properly follow the beginning of the play. With that in mind, it is a wonderful performance in terms of the quality of the actors and the originality of the set design. It promises a lovely enchanting night with one of the most famous love stories ever told.

Wuthering Heights plays on various nights until December at the Ambassador’s Theatre.