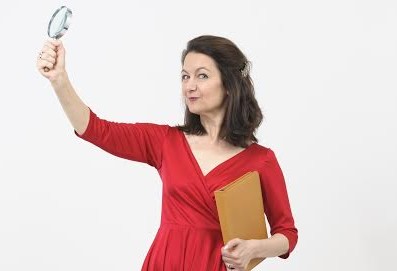 Looking for Lansbury at the St James Theatre

Tony Award Winner, Academy Award nominee and television favourite, Angela Lansbury has had a long and illustrious career and Fiona-Jane Weston takes us through the life of the great Dame, in her latest cabaret style production, Looking for Lansbury.

The show is a telling of both her professional and personal life, which spans nearly a century, with stories and real conversations interjected with songs from Lansbury’s many musical theatre ventures. It is an informative and fun evening for any hardcore Lansbury fan, but lacks the star quality and calibre to stand out as an accomplished piece of work.

With the exception of charismatic musical director/accompanist, William Godfree, who occasionally interjects in the stories and provides some supporting vocals, this is a solo performance by Weston, and the actor deserves credit for the task she has undertaken. The sheer number of songs and stories we are presented with won’t leave any audience member feeling shortchanged, and it is evident that both Weston and Godfree have a personal interest in the content which really helps the performances feel raw and real.

The narration, guiding the audience from Lansbury’s early years right through to the modern day feels very scripted and slightly impersonal, and while the majority of it is delivered very well, on occasions, Weston gets slightly flustered, confusing her lines. This possibly wouldn’t have been as noticeable had she taken a more natural approach to her story telling. One thing that is very clear about Weston however, is that she is a very talented character actor (not unlike Angela herself), switching from American to Irish, male to female, and serious to humorous in the many anecdotes she told.

Due to Lansbury’s highflying career on the Broadway and West End stages there were many crowd pleasing songs chosen from shows such as Mame, Sweeney Todd and Gypsy. Weston has a powerful alto voice that is shown off during ‘Some People’ while her beautiful tone is evident in ‘Anyone Can Whistle’ and ‘Beauty and the Beast’. She does struggle slightly with her upper range which is unfortunately fairly apparent in some of her songs. The choreography during the instrumental breaks in the musical numbers are a bit ill-judged and repetitive, and while Weston is a perfectly capable dancer, it does feel slightly awkward in the intimate St James Studio.

William Godfree plays with skill and eloquence and is an appropriate sidekick to Fiona-Jane Weston. It is when the pair interact that the show feels most charming and personal. He even gets to open the second half with a fine rendition of ‘Mame’.

The piece is well-written, and performed with enthusiasm and passion. While it certainly has flaws and isn’t as accomplished as one would hope, it does have a charm about it and based on some of the reactions on the night, it is clearly a winner with its target audience. Coming from someone who hasn’t particularly followed Lansbury’s extensive catalogue of work and admittedly is possibly 30 years too young to really take away something from this show, it didn’t hit the mark for me, but it certainly has some strengths and provides good insight into the life of Angela Lansbury.