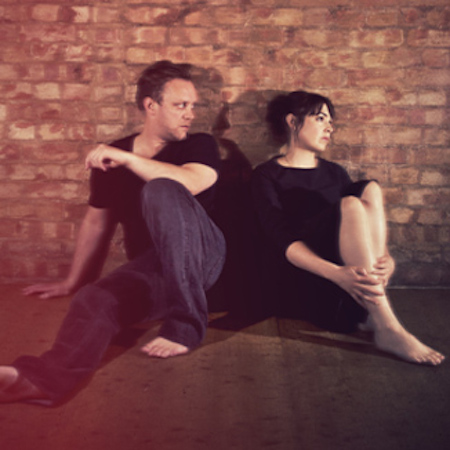 La Musica at the Young Vic

Its language and rhythms belong more to the French New Wave than a stage, yet La Musica has some inspired instances. Within it, we get to know a couple about to complete their divorce proceedings, the man being played by Sam Troughton and the woman by Emily Barclay. We learn of seduction, attempted murder and affairs with younger lovers in Barbara Bray’s script translated from Marguerite Duras’ original.

It is a boring play and this is because its characters are intensely unlikeable. Clearly, the dialogue is at least 50 years old in its sensibilities; just like in those stodgy pictures that give art films a bad name, the ex-lovers are so weirdly self-conscious and referential that is impossible to sympathise with them. Obviously, heightened awareness in dialogue can be done perfectly well (after all, why does Hamlet endure so well as a character?) but the frame in which the play finds itself is all wrong. Due to the fact that it is only two people talking with a determinedly minimalist set (I will come to this later) we expect something much rawer than what we get. Nothing feels spontaneous with these two, and unfortunately Troughton and Barclay have both been dealt an impossible hand to play with any real authenticity here. Even if the reveals and the double-crossings have any impact, there is no getting past the overblown language and the inhuman omniscience that the divorcees have.

There is a potent feeling that the script would be salvageable if it were filmed with a cinematography that corresponds to the egocentric language. Despite having gone to the play uninformed of its history and the script being a translation, it appeared at the time to be more like New Wave Cinema rather than something destined for stage—in fact, it was originally a 1966 film that is now too obscure to find on the internet. I strongly sense that director Jeff James was conscious of this when he decided for the play’s first half to have the two actors with their back to audience and their faces filmed and projected onto two large screens; however, the dual screen set-up is not so much a dutiful nod as an implicit lack of confidence. It seems as though James chooses to put the actors at a distance to the audience—on two levels, since we fail to see their faces and, despite its live nature, are forced to view them through a medium that is not our totally eyesight—as he fears the audience will not believe the characters if they are presented to us in a more naked sense without the technological feat of film.

Despite the conceptual weakness of the first half’s projections, the staging choice for the second half of the play is theatrically agitative and I mean that in a positive sense: since it is a promenade piece, when the audience is told to move their chairs into an in-the-round space there is something wonderfully irregular about how it all forms. While the audience is shown spaces marked on the floor to know where their chairs should be placed, they do not follow this instruction entirely correctly: this is is because the two actors are also seated on chairs within the audience, and so the seating forms around them in a strangely natural way, like iron filings around a magnet. Whoever is brave enough to seat themselves in the front row receives a serious intimacy with the characters in a nice contrast to their alienating place on the screens minutes earlier. The fear with in-the-round is that it feels contrived and ultimately unnecessary, but it is not so here precisely because the individual audience member determines their proxemic engagement with the piece. In addition, since the actors are wont to sit down with the audience there is a tendency for them to break a line of sight with a certain section of people, but this a strength since it forces them to observe the non-speaking actor whose reactions, in a piece like this, are often more significant than those of their counterpart.

Regarding the more technical aspects of the production, La Musica forms part of the Young Vic’s Classics for a New Climate series which aims to reduce the carbon footprint of shows (among other factors). Recycling the pieces of old sets works well in this production La Musica prides itself on its Brechtian influence and desires to keep audience distraction to a minimum. However, it does seem as though this show is a rather easy production for this project and it will be of interest to see how they handle the footprint with a much more demanding production in the future.

It ends on the 17th, so if you are into experiencing some rather singular staging then go along, just do not expect much humanity in the script itself.