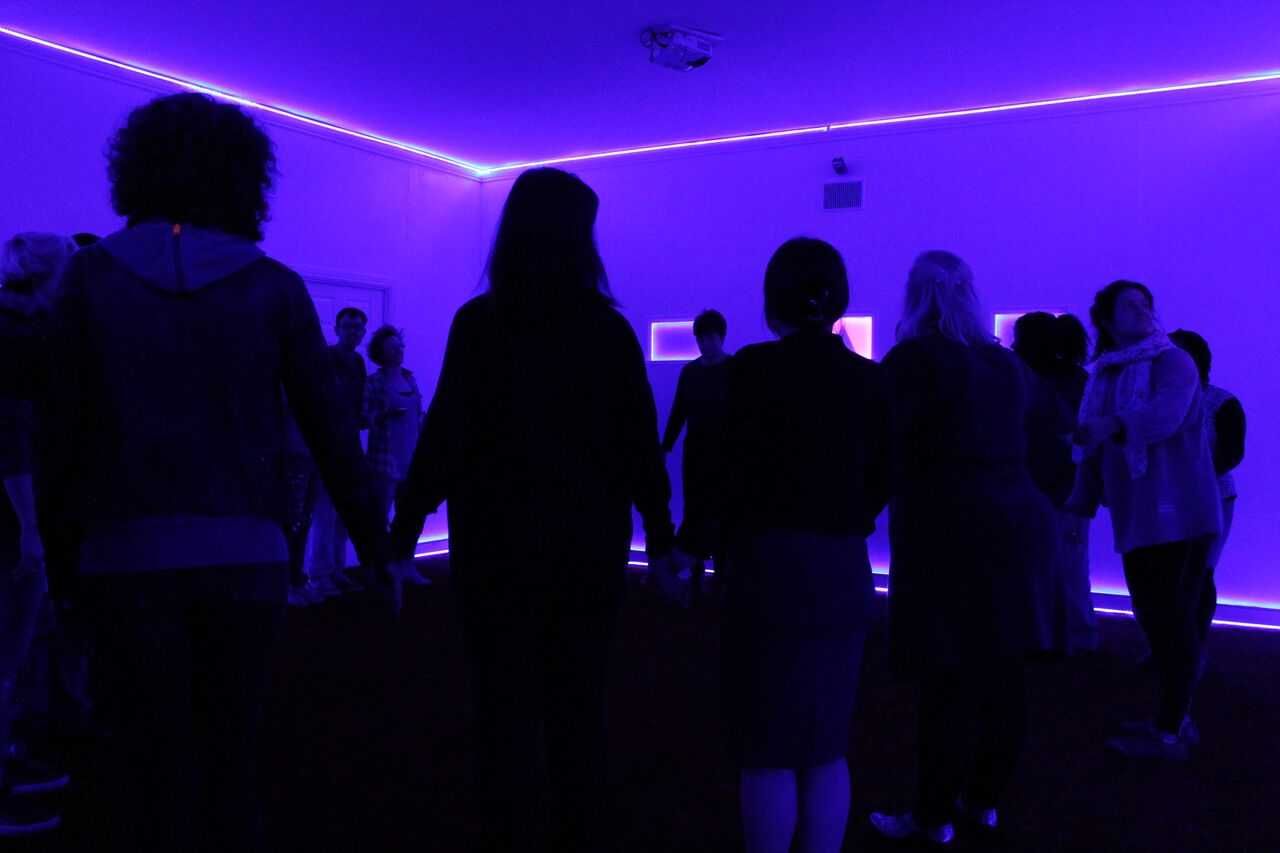 An experience like no other is taking place at the Ovalhouse Theatre. Invisible Treasure has no script, no actors and no plot. Dan Barnard and Rachel Briscoe’s creation focuses on the use of technology. It is an interactive “performance” of sorts where the spectators make up the story. It brings together complete strangers in an effort to build temporary relationships in an alternate world that is contained in one room. The performance is part of the Fabulism theatre season, which defines itself as “an extraordinary collection of work celebrating the fantastical in the everyday.” That is definitely what Invisible Treasure has to offer: a completely different night at the theatre, where nothing relates to the outside world.

Without giving too much away, the audience is led into a white room with an orange carpet and blue dots on the floor. At the back of the room, a giant stuffed rabbit is placed in a corner. There is a small screen with words on it, but aside from that there is no indication as to what will happen. This may seem strange and at first, the audience is rather confused. In the following 70 minutes, different tasks are given to the audience. Upon completion, there is another task, and if the task is not completed properly, everyone has to do it again. Music and lighting change depending on the task given, bringing a different mood to each part of the evening. This is well done because it adds to the variety of the experience. With that in mind, there are times where it is not as clear what the assignment entails, but in a way, it forces everyone to use their imagination and determine for themselves what needs to be done.

Invisible Treasure is definitely a different experience, but it is in no way a bad one. In a world where everyone keeps to themselves and interacts very little with strangers, this performance reminds us that is it can be fun to build a bond with people you don’t know, even if for only an hour’s time. By the end of the night, people are laughing, dancing, shouting and speaking to each other. It brings people together in a strange way, but the strangeness of it makes it that much more pleasurable.