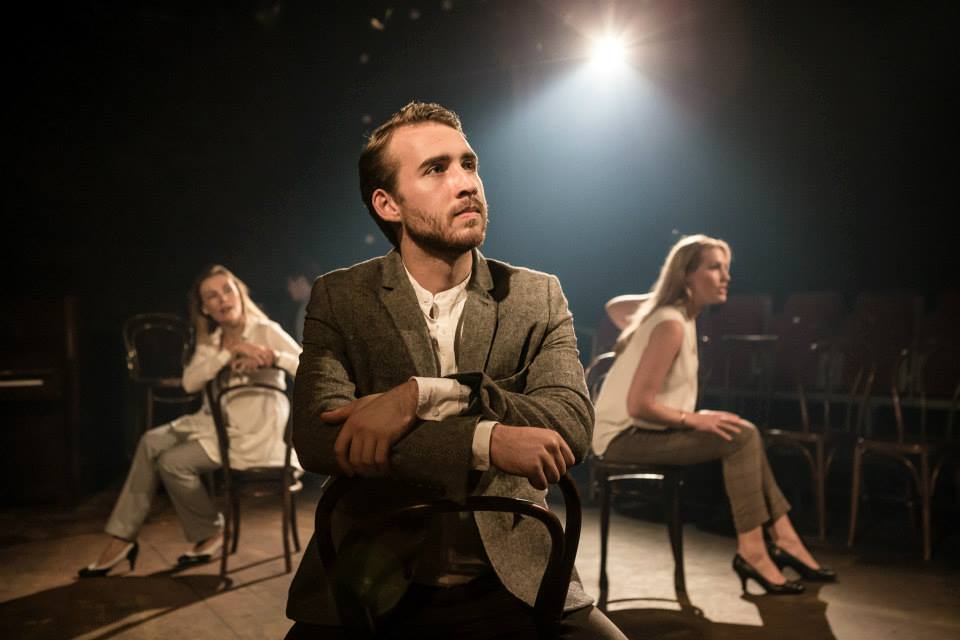 Side by Side by Sondheim at the Jack Studio Theatre

Three singers, two pianists, and a whole lot of Sondheim—a thoroughly enjoyable evening by the AC Group for the avid or even casual fan of the great lyricist/composer, though this charming production is unlikely to convert any sceptics of his extensive catalogue.

Quite remarkably, ‘Side by Side by Sondheim’ was first performed over 40 years ago, and considering the breadth of work that postdates this review show—‘Into the Woods’, ‘Sweeney Todd’, ‘Assassins’ to name just a few—it is astonishing just how many wonderful musicals featured in the first half of Stephen Sondheim’s illustrious career. The evening is filled with songs from ‘Company’, ‘Follies’, ‘Gypsy’, ‘West Side Story’ and many more, bridged with anecdotes and stories about the great man and his creations.

This is a very stripped back production—basic set, limited costumes, subtle lighting—that quite rightly relies on the capabilities of its cast as the focal point. Grant McConvey, Sarah Redmond and Marianne Benedict, all prove very versatile and able performers as they switch from song to song, character to character and even between genders. McConvey’s blissful tenor voice shines throughout and he commands the stage well as the sole male singer. When called upon, on more than one occasion, to step into a female role, he avoids the temptation to over-egg the joke but rather allows the humour to develop naturally. Benedict has a beautiful soprano voice and while occasionally she may miss the odd note, her flawless rendition of ‘Losing My Mind’, forgives any earlier niggles.

Redmond is the stand out performer, however, proving to be a wonderful character actress and managing to steal the show twice, firstly during ‘Getting Married Today’ and later with ‘The Boy From…’. Her hilarious yet restrained facial expressions tell it all and it is evident that she has a clear understanding of the art of comedy through song. That is not to ignore her wonderful singing abilities either that were proven with ‘I’m Still Here’. All three actors work incredibly well together and their fluidity between, and chemistry during, songs is a credit to director Elliot Clay. The production is staged very well and while not particularly daring in what it tries to achieve, the direction is solid, allowing the songs to be appreciated and the singers to really show off their abilities.

The instrumentation of two pianos means the sometimes incredibly complex score has a fuller sound, and allows for the deliberate intricacies in the compositions to be heard. The pianists/musical directors are as much a part of the show as the performers, especially Stuart Pedler who narrates the show. As the MD of ‘Side by Side by Sondheim’ when it was first presented in the 70s, it is a pleasure to listen to someone who has a genuine love of Sondheim’s work and has experienced it first-hand throughout his career. Pedler is charismatic and enthusiastic and uses the intimate setting to help make the experience both personal and casual. His passion is shared throughout the cast who all genuinely seem both excited and privileged to be involved in the production.

This show may not blow you away, nor does it necessarily present anything new, but if what you are looking for is an enjoyable night celebrating the achievement of Stephen Sondheim, then this fun, refined, and endearing production is perfect for you.