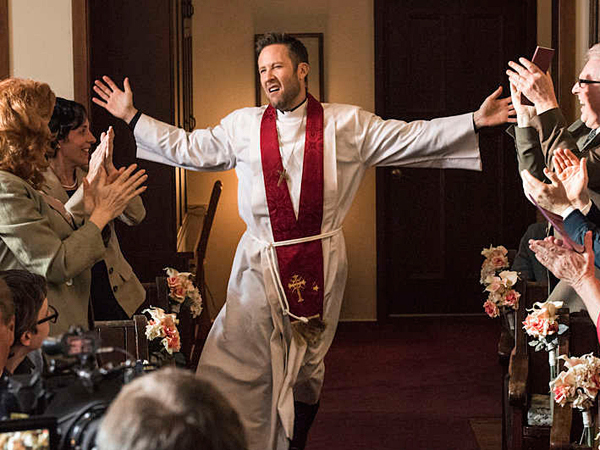 The ten-episode first season of the new TVLand sitcom Impastor sped by with the unmistakeable momentum of a pretty good show in the late weeks of summer. It was consistently fun but never really great, bolstered by a strong cast and a definite lack of competition.

A strange tonal mix of Stars Hollow-esque small town silliness, bad boy playing good hijinks, low-stakes crime plots pretending to be high-stakes, and a dash of good ole fashioned Lutheran humour for good measure, Impastor was a strange dish but oddly delectable in an ultimately not all that interesting way. The biggest thrill was the return of early oughts charmers Michael Rosenbaum (Smallville, but he has hair now, big improvement) and Sara Rue (Popular) to the screen.

With a high-concept premise that will surely expire fairly soon and a season-ending twist that hopefully won’t be dispensed with immediately in season two, the future of Impastor likely won’t resemble early Impastor all that much. So the question really isn’t how good was season one, it’s where can we go from here?