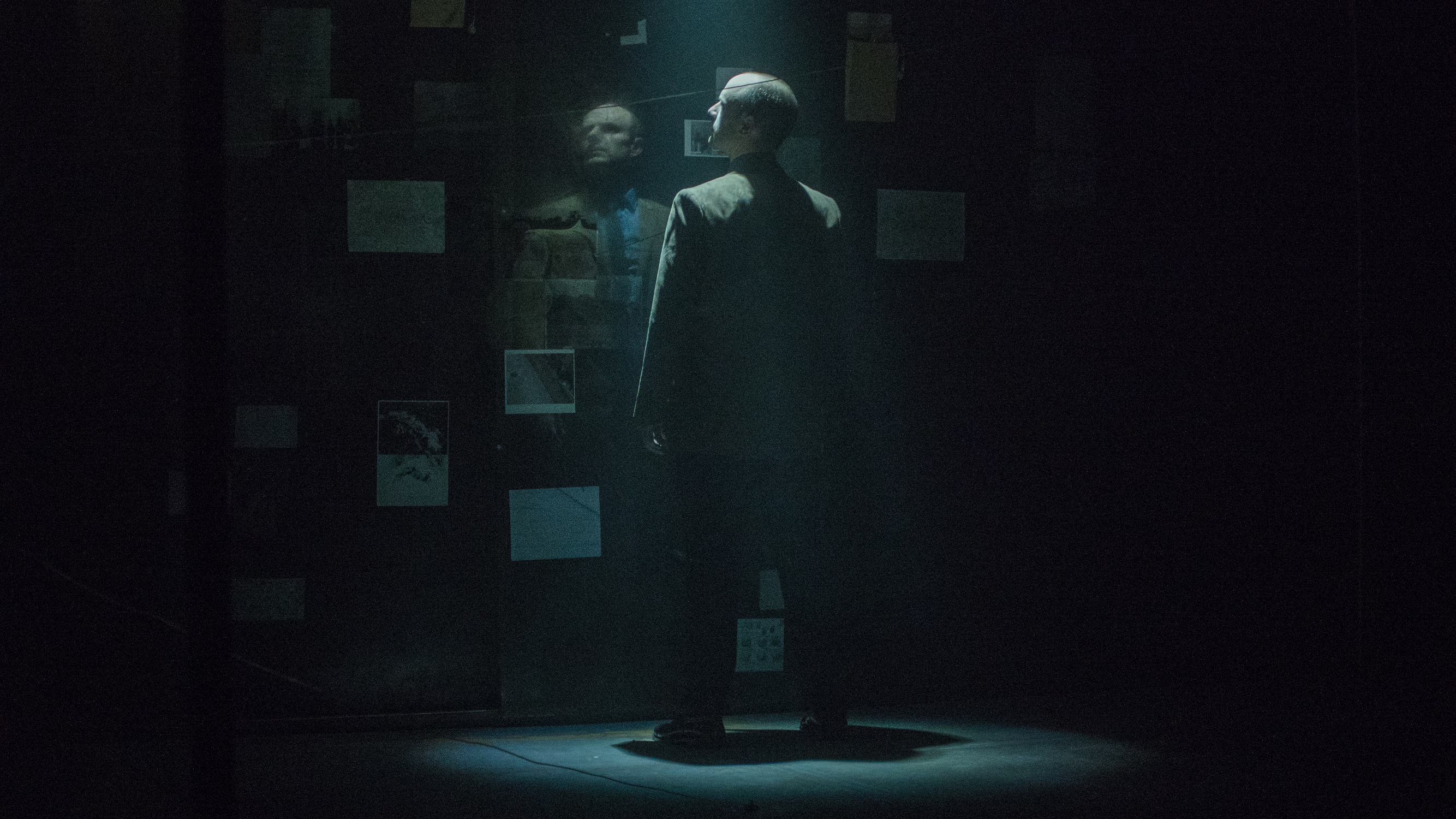 One Minute at The Vaults

Simon Stephens often writes plays that are difficult to perform. He will display a character through a pinhole rather than a window. It is therefore very much up to audience to find meaning in what he writes, albeit with assistance from a shrewd director and cast. One Minute is the story of an investigation into the kidnapping of a child. Two detectives struggle to make progress on the case and have to deal with those affected by the event.

According to the production, life itself is an investigation that is impossible to solve. People constantly change, are erratic and mistaken about their surroundings. On a directorial level, there is merit in the way that the scenes are initially so ambiguous in their content that the audience has to essentially solve the identity of characters before the expository dialogue confirms it. To an extent I appreciate the way the set helps this: pinned-up documents decorate the walls but they are not all of the same paraphernalia: there are unnecessary photographs of the victim; there are props that are irrelevant to the case—coffee cups and a garden hose—and these are eventually used in certain scenes. Most of these items are connected to each other by what appears to be wire, signaling the interconnectedness of these events and people. This all does something for the theme, although some elements feel so contrived that they pull away focus from the overall vision. Between the scenes, the actors take a piece a wire from the wall and fasten it to an arbitrary point on the stage, but they do this in such a clunky manner that it loses all effectiveness. The same can be said for the play’s choreography. The main flaw of the set is that it trades audience proximity for conceptual neatness. There is a hollow steel cube that fills most of the stage in which the play’s scenes occur. It operates thematically: it is the attempt to keep the human experience in a tidy, rational box, yet this is impossible: the actors freely enter and go from the cube as they please and the wires that connect to the wall pierce through the cube. Despite it working well on one level, the great downside of it is that it cuts the audience off from a closeness to the actors. Its clinical appearance is too jarring—it is so much harder to foster warmth for any of the characters. The effect is as though the cast exists on a completely different world, one far too alien for its audience.

The troubled staging is not helped by Stephens’ script. In some senses the dialogue is difficult yet, when broken down, it is ultimately crude: the women talk mainly of having babies and clothes; the men drink and swear and talk about how awful their partners are. It all feels empty and Stephens’ attempts at poetry to mollify the emptiness are feeble: he seems to believe that mentioning how dirty and disgusting London is attractive rather than lamely cynical. However, despite all my protestations, the script could have worked: there is something in the characters’ inability to succeed and genuinely reach through to others that is sympathetic—sympathy being found in the words themselves. The issue is that the actors, with the exception of Cait Davis, fail to bring this requisite quality: there is nothing likeable in their unlikeability and ineptitude. The two police officers, for instance, stay insufferable throughout the piece and are boorish even in their supposedly vulnerable moments.

There is enough here to say that One Minute is too difficult to make a decent performance out of. I would wager that it is a bad play. It tackles an emotionally viscous subject with a crude palette of words and heads, much like its investigation, to nowhere. Despite a respectable attempt of staging, it is a play that asks too much of its performers and suffers as a result.