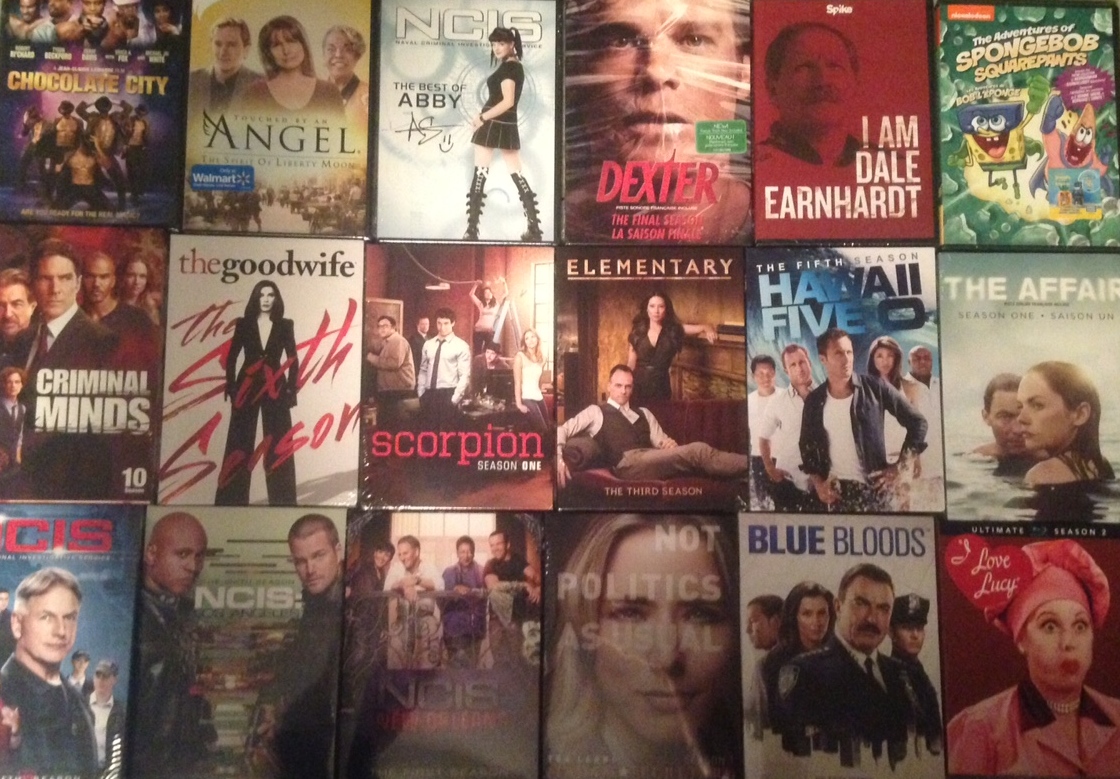 It’s time, once again, for the On DVD series.

TV Seasons
I Love Lucy: Ultimate Season Two
The coolest thing about this set is that there are two ways to watch all 31 episodes (31 episodes in one season!), one of which includes the original commercials which sounds boring but is incredibly fascinating.

The Affair: Season One
At some point someone is going to teach Showtime that “previews of new series” does not a special feature make. However, the incredibly interesting “Tale of Two Costumes” feature makes up for it. I was a little so-so on this series as a whole and am not sure I like these characters enough to go through it all again with them on a repeat viewing but someone cast Joshua Jackson so  you better believe this DVD is staying on my shelf. I might give him his own section of the collection one day; I’ll call it Conway Corner.

Dexter: The Final Season
Say what you will about that ending, I love Dexter and could never let season one (which is Amazing) sit on my shelf without the rest of the story.

Criminal Minds: The Tenth Season
You might be asking yourself “why would anyone ever want to own Criminal Minds season ten on DVD?”. Good question but somebody in charge of something knew you were going to ask that and loaded the DVD with a ton of special features to sweeten the deal. My favourite? The “Greatest Hits” that lets the composers talk about their favourite tracks from the season. I love me some TV composers.

The Good Wife: The Sixth Season
I was so not into the State’s Attorney storyline (who leaves the firm they Just started?!) but the Cary drama that dominates the first half of this season was a killer showcase for the wonderful Matt Czuchry and who doesn’t love Stephen Pasquale?! Could there be more Finn? Please. Can you tell Alan Cumming was doing Broadway and that’s why Eli is basically MIA all season? Umm, yeah. Do the special features on this DVD kind of suck? Uh huh. Do I still miss Will so much that nothing The Good Wife does from here on out will ever satisfy me? Bingo.

Elementary: The Third Season
The third season of this “new spin on an old thing” procedural took the show in a bold and completely unexpected direction by splitting up the principal duo. It’s worth a look, as are the special features which range from the fun but superficial (“Watson Style”) to the helpfully insightful (“The Elements of Deduction” featuring the writing staff, who are really the most important people to interview for special features; in case Paramount is looking for pointers).

Hawaii Five-O: The Fifth Season
What to say about Hawaii Five-O… um, Chi McBride is cool! Honestly, while 25 episodes plus decent special features is a decent bang for your buck, this show is so dependent on suspense that the re-watch value is totally non-existent. Don’t do it.

Blue Bloods: The Fifth Season
Guys, this season Blue Bloods celebrated their 100th episode! Who saw that coming? Actually, Blue Bloods is such a quintessentially American TV show I’m surprised it’s not a bigger ratings hit. It’s lovably oldschool, almost cute in its complete lack of complexity. I’m happy for them; they mean well. Also, they released a cookbook, there’s a whole featurette about it.

Madam Secretary: Season One
I think CBS wanted this to be the new Good Wife, a serious prestige drama that would stand out from the usual network fare. In all fairness, it doesn’t necessarily completely fail on that front, just mostly. It does stand out at least a little bit from the standard network fare; it’s a little more prestigious and it survived to season two, which I honestly wasn’t sure would happen. But it has none of the zip of The Good Wife and, with the exception of scene stealer Erich Bergen, the supporting cast doesn’t even come close to the kick-ass ensemble that surrounds (or used to surround, before they all started asking to be let out of their contracts) hard-to-love Alicia Florrick. The morally ambiguous leading lady, that Madam Secretary replicates well, but that’s not really why people like The Good Wife.

All the NCIS
The Twelfth Season of the original (for the die-hards), The Sixth Season of Los Angeles (because there’s never been a cooler or weirder crime-fighting duo than Chris O’Donnell and LL Cool J) and the First Season of the totally unnecessary but tonally pretty darn jazzy New Orleans edition (starring Scott Bakula, of course).

TV Specials
Touched By an Angel: “The Spirit of Liberty Moon”
The Angels go to Beijing to help Adrian Pasdar (so charming, always so charming) find love. Other things happen too, of course, but that’s what really stands out.

NCIS: The Best of Abby
This article is on NCIS overload but I think the best of the four (yes, FOUR!) NCIS DVDs that just came out is this Abby collection. The most fun character on the series by a landslide, the indomitable Pauley Perrette’s 12 best episodes are a solid collection for any NCIS fan and a perfect cross-season snapshot of the series. There’s also a great featurette on the secrets of Abby’s iconic look.

Movies
Good Kill
One of the best war movies I’ve seen in a long time starring one of the best actors of his generation (Ethan Hawke, an underrated gem in one of his meatiest roles ever), Good Kill is one stupid subplot and one January Jones away from being one of the best movies of the year (I saw it at TIFF so it was part of my Cinematic 2014 but it’s a 2015 movie). A searing look at drone warfare and the psychology of the modern soldier.

The Last Survivors
This low-profile dystopian tale is pretty standard but it’s well made and the special features on the Blu-ray reveal incredible passion from the filmmakers.

I Am Dale Earnhardt
Spike’s documentary about the enigmatic NASCAR hero who died in a devastating crash during the 2001 Daytona 500 comes to DVD accompanied by a whole slate of key special features with footage from some of Earnhardt’s most legendary victories and extended interviews.

Chocolate City
A blatant Magic Mike ripoff (the tagline is literally “Are you ready for the real magic?”), this male stripper drama is sexier than its blockbuster counterpart (this cast will instantly make you blush), and thankfully missing the “we’re trying to make a serious indie drama” elements of the original, but it’s missing the wink and movie star charm that made particularly Magic Mike XXL a hoot and a half. Also, there’s no tWitch and that’s just a crime.

Kids Stuff
Nickelodeon Bunch of Play Dates & “Let’s Learn Kindness”
Two DVD sets featuring Dora, Diego, the Bubble Guppies, Kai-lan, Blue, Team Umizoomi, the Wonder Pets, and the Fresh Beat Band. Bunch of Play Dates has WAY more content but, let’s face it, Let’s Learn Kindness is probably full of the most important stuff your kid will ever learn so you should pick that one (and also show them the live action Cinderella because “have courage and be kind” is a game-changing motto. That’s not actually relevant but I just feel like we didn’t talk about that movie enough when it came out).

Turtles Return to New York
w/ six episodes AND actual honest-to-god special features! I mean, the Turtles are great and I’ve already lost this DVD to my little cousin Lucas who is obsessed with them.

Blaze and the Monster Machines High-Speed Adventures
4 episodes of the big crash-y monster truck mayhem your annoying little boy loves but the series doesn’t shy away from stealth learning (even the box includes a science lesson on the formula for momentum!) which is great.

Dora
We’re still pretending Dora has friends with the latest instalment of the Dora & Friends series. This one’s “Doggie Day!” which is pretty darn charming and the three bonus episodes are all winners too (“Dora Saves Opera Land” is particularly promising) so it’s a pretty good set. Dora’s Double-Length Adventures, on the other hand, is just too much darn Dora.

The Adventures of SpongeBob SquarePants
Worried about your kid’s transition from early learning cartoons to the complicated hero mythology-based comic book cartoons you grew up on? Have no fear, SpongeBob and Co. are here to help ease the transition by donning their own supercapes in a whole collection of hero-themed adventures for your pre-Batman child. Patrick-Man, Mermaidman and Barnacleboy to the rescue!