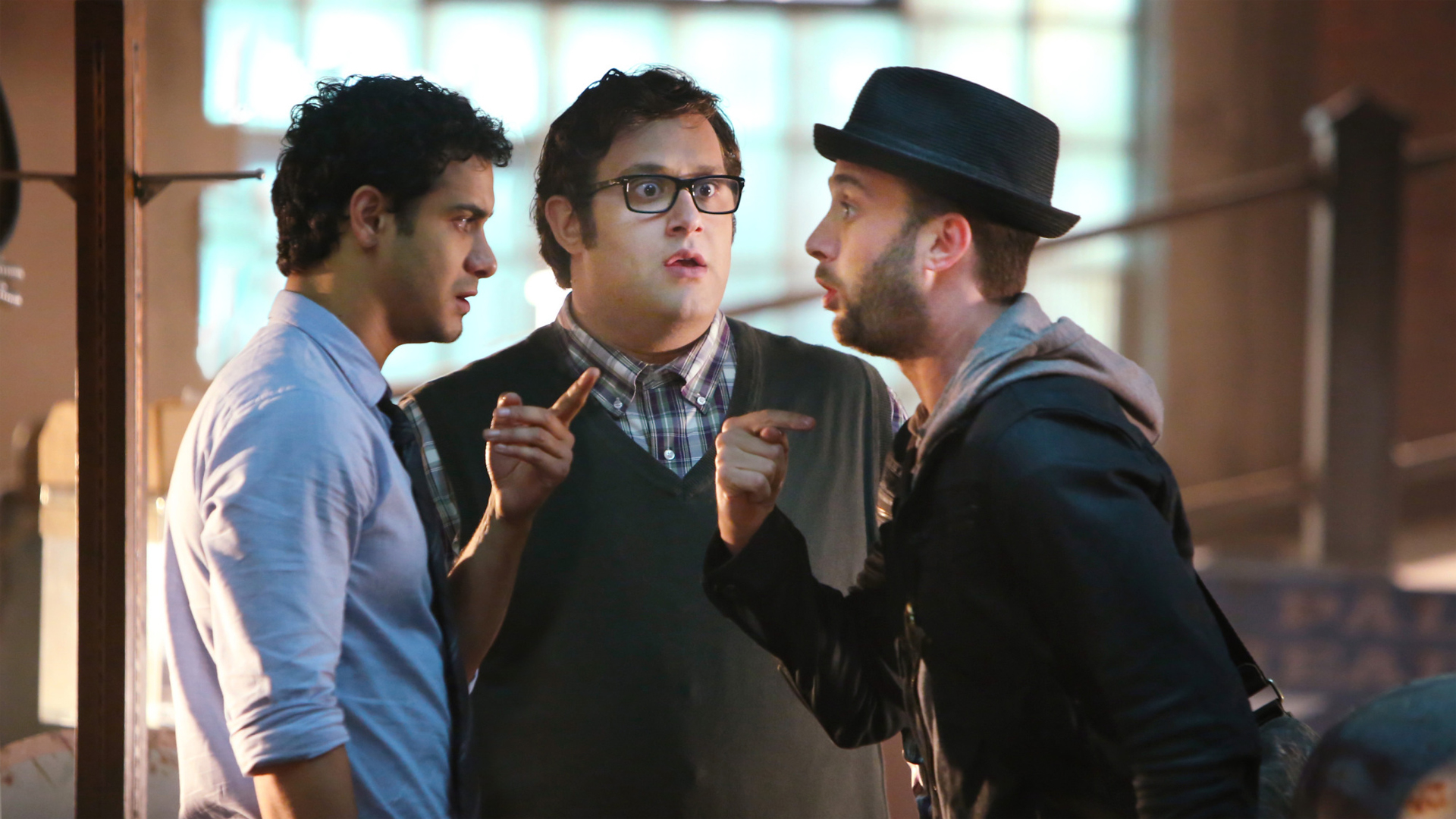 I understand the complaint; the formula is exhausting. A rag tag team- each with a complementary special ability- forms a makeshift family as they solve a new crime and/or crisis every week. At this point, said formula fills up the vast majority of network primetime programming. I usually ignore the entire slate of these shows, from my lifelong boycott of all things CSI to last season when I finally abandoned Bones for good. But, for some reason, last year I decided to give Scorpion a shot and, here I am, a year later, recommending that you do the same.

It’d been a rough September; not a single one of the new pilots had won me over (in the coming weeks, The Flash and Cristela would also come to my rescue) and I was itching for a win. For seemingly no reason at all (though possibly propelled by my adolescent insistence that Finch was the most crushable member of the American Pie gang), I turned to this CBS drama about geniuses who solve crime, obviously. Usually the pilot is one of the weakest episodes of a new series but Scorpion killed it right out of the gate and there was no way I wasn’t coming back for week two.

I love TV geniuses- their quick banter, their bittersweet alienation, the fact that they’re always played by disproportionately pretty people who spend way more time at the gym than your average genius (who, presumably, has better things to do). I don’t necessarily need them to solve crime, but that’s cool too. The Scorpion geniuses are interesting because the show actually acknowledges that high IQs are not interchangeably Sheldon Cooper-esque. As the opening titles tell us, “Toby [Eddie Kaye Thomas, my favourite for lots of obvious snark & specialty-related reasons] is our behaviourist; Sylvester [Ari Stidham, adorable], a human calculator; Happy [Jadyn Wong, gloomy with occasional bursts of irresistible dry wit], a mechanical prodigy. Agent Cabe Gallo [Robert Patrick, the weak link in character development] is our government handler. And Paige [Katharine McPhee, very McPhee-y]? Paige isn’t like us. She’s normal and translates the world for us while we help her understand her genius son. Together, we are Scorpion”.

The narrator of this helpful intro is Walter O’Brien (played by the improbably dashing Elyes Gabel), a man who humbly claims to have the fourth highest IQ ever recorded (“197; Eistein’s was 165”). Walter’s over-literal immodesty is key to the character’s complexity (he’s kind of a dick, which keeps him from being boringly perfect) and it’s a testament to Gabel’s performance that he easily keeps the audience not just on his side but wishing him the best (the best, apparently, is Paige; I’m shocked by how okay I am with that).

Walter is technically based on a real human, a claim that makes Scorpion feel just a little bit more fun and a little less formulaic, though the likelihood that the real Walter is nearly as badass as he claims to be as a consultant on the show is pretty low. But realism isn’t the point. The weird tonal mixture of Psych-esque banter (thanks, Tobes), Mission: Impossible plotting with high-stakes/low-fi MacGyver-ing, and a strong commitment to personal arcs with a touch of romance- that’s the point.

It’s infectious and addictive and, just when you think you’re ready to give it up, they bring out a killer episode like the winter finale where they saved a kid trapped in a cave with rising tides, or the intense rescue of a group of stranded hikers (which sounds easy but then the forest caught fire, because Scorpion!).

I don’t usually go in for crisis-of-the-week shows (well, except Chicago Fire; I just can’t quit those guys) but Scorpion is worth it. Also, it’s actually called “</scorpion>” because somebody making decisions is a big nerd and that’s never a bad thing.

Scorpion returns to CBS on Monday, September 21st at 9pm.