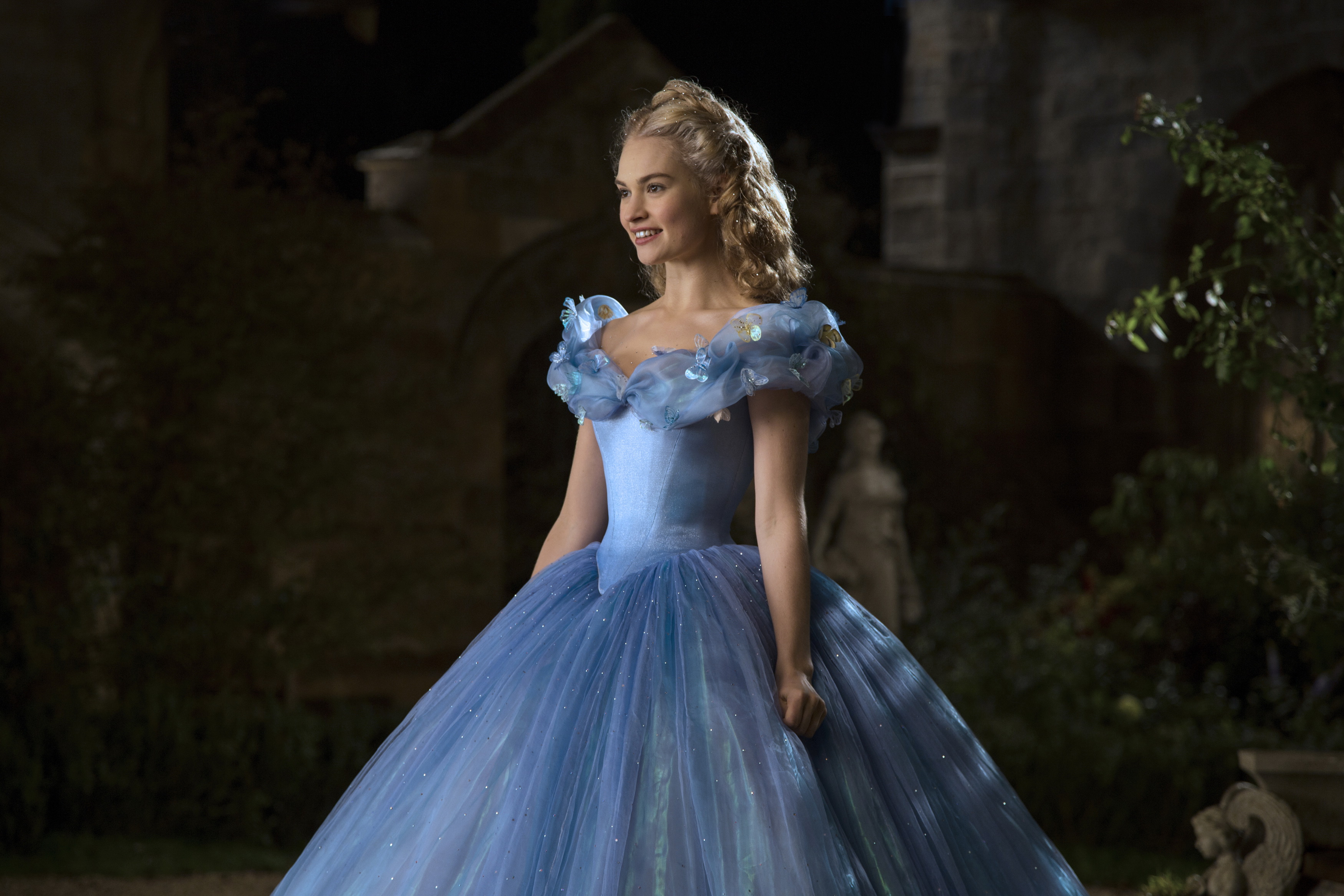 Role Model in a Corset

I apologize, Disney. I didn’t believe that you could make this movie and that it wouldn’t be shallow, unnecessary and unhelpful in a modern context. There are so many problems inherent in the story of Cinderella (pretty people are the most worthy, poor girl makes good by marrying rich boy, stepmothers are evil, rodent infestation) and I was so annoyed by the idea of retreading old territory (when everyone knows Cinderella topped out at the Wonderful World of Disney version, followed by Ever After), that I simply didn’t believe you could make this a film I would enjoy at all, let alone love. I should have believed in you, Disney. After all, way back when, it was you that taught me how to believe in the first place.

The first thing you need to know is that the absurdly over-promoted live-action Cinderella movie is everything you thought it was going to be- aesthetically beautiful, annoyingly (accidentally?) monochromatic (there’s only one black man in the entire kingdom; luckily he’s a standout character, but still) and bogged down by the sort of classic Disney flaws that are the ire of every internet editorialist (did we really need all those articles about the size of Lily James’ waist?). If you go into Cinderella expecting Ever After-ish post-modernization, you will come out disappointed. James’ Cinderella is very pretty in a conventional way and has a very tiny waist. Good things happen to her when she wears her prettiest dress. And, in the end, her life is dramatically improved by adding a man to it. That’s too bad, but that’s also largely superficial. She doesn’t wield a sword or use snappy comebacks or wear pants even though women aren’t supposed to, but in this conventionally pretty, tiny-waisted girl lies the heart of one of the year’s greatest role models, armed with the most powerful of life lessons: Have Courage and Be Kind.

That sounds simple and a little bit cheesy but, if you think about it, the secret of life probably lies right there- somewhere in the balance of courage and kindness. If we all had the courage to believe in and stand up for ourselves and the kindness not to judge others, would it matter that not everyone has a waist as tiny as Lily James’? Trendy parents like to tell the internet that they refuse to let their daughters be princesses for Halloween, dressing them up instead as Elizabeth Cady Stanton and Frida Kahlo. But I hope this year daughters (and sons!) are allowed to don their prettiest blue dress and sing dreamy songs about the cute boy they met in the forest (note that the new film makes a point of emphasizing Cinderella’s connection with Kit over her desire to marry a prince) because nothing about Lily James’ appearance or her traditional girlishness or her love story makes her less courageous or less kind or less deserving of a child’s admiration.

This version of Cinderella is sweet and funny (“I can’t drive; I’m a goose!”) with thrilling technical execution (from the animal CGI to the costume design) and a lovely sense of throwback fairytale fun, but it’s the sincerity of the film’s mantra that really captured my imagination and reminded me that, despite its institutionalized issues, the heart of Disney has always been pure. Above all else, no matter your fortunes or your wardrobe or the size of your waist, try to have courage and be kind.