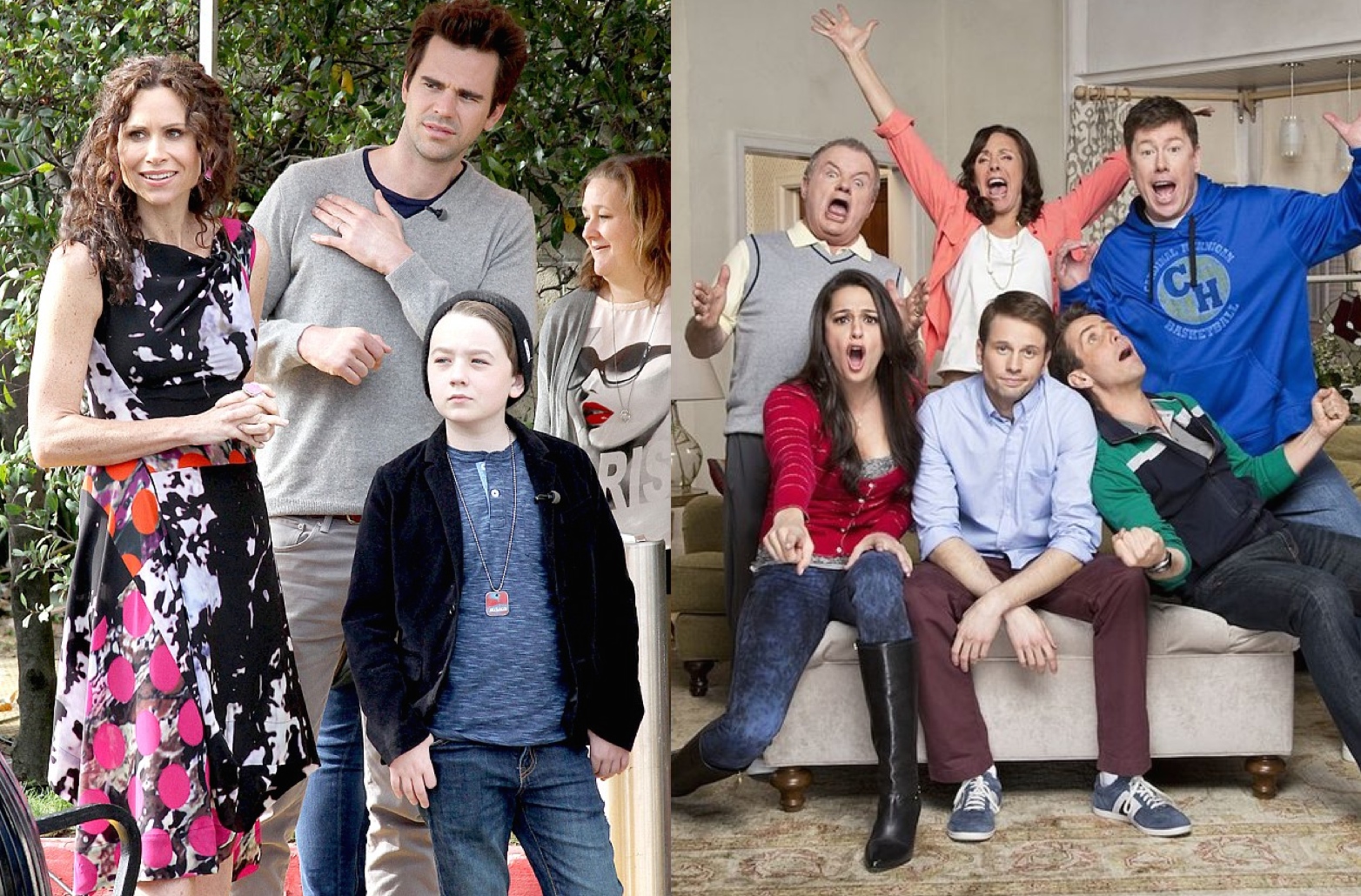 Burned Off: The McCarthys & About a Boy

Summer is weird. As we await the September coming of the latest in big commercial “must-see TV”, our airwaves fill with guilty pleasure reality (Big Brother, Bachelor in Paradise), niche prestige fare (Hannibal) and strange new stuff the executives aren’t quite sure about (did anyone watch Wayward Pines? What was that?).

And also the burn pile.

The summer months are where the big networks unceremoniously dump the leftover episodes of shows they yanked midseason. The practice never made much sense to me since I would argue that even a low-rated piece of original programming (that’s already paid for!) has to be better than reruns (or whatever else CBS has going on in the summer on non-Big Brother nights) but it’s a tradition nonetheless and it’s how this year we ended up with 9 new episodes of two of my favourite sitcoms from the 2014/15 season, long after they were pronounced dead.

The McCarthys was one of those shows you have to commit to watching in order to appreciate. At first glance, it seemed derivative and dumb, but I like network sitcoms and I like Laurie Metcalf (and Kelen Coleman, who needs to find the right property soon) so I stuck with it and quickly found that the well-drawn characters and the show’s tone of begrudging fondness towards them really won me over. I laughed with more consistency at The McCarthys week after week than at most admittedly more clever and ambitious shows. My favourite was Joey McIntyre’s gruff Gerard (yes, THAT Joey McIntyre), the runty half of mismatched twins with Jimmy Dunn’s hulking golden-hearted Sean casting him in shadow. Coleman’s Jackie was never really all that well developed but you could tell we were getting there and both she and black sheep son Ronny had consistent standout moments. Jack McGee’s sweet and simple dad Arthur was consistently hilarious but Metcalf’s Marjorie was an absolute gem of a matriarch, picking blatant favourites, shooting honey-covered vitriol towards her son’s dreadful fiancé (the great Jessica St. Clair with one of the best guest arcs of the season) and anxiously awaiting the next episode of The Good Wife (CBS synergy but also a dead-on character detail). I loved every one of the very few minutes I got to spend with the McCarthys; it’s such a shame so many people judged them on first impressions.

On the flip side, I’m trying to convince myself that I shouldn’t complain about the cancellation of About a Boy since NBC did give it an extra season to search out an audience when most networks would have pulled the plug way earlier. But I really want to complain! About a Boy was great. It wasn’t as great as Jason Katims’ hourlongs have been, but it was so much better than so many network sitcoms that become hits (why on earth do people like Two Broke Girls but wouldn’t try About a Boy? WHY?!?!). While I blame CBS for the lack of attention The McCarthys got, NBC really did give About a Boy a shot (they could have thrown more marketing power behind it, but at least they let it live). I blame the stupid TV viewers who just weren’t into it. What was wrong, guys? Was everyone too charming? Did you dislike the complexity of the central relationships? I know, you must have been turned off by the heartfelt tenderness at the show’s core. That must be it. There seems to be a low tolerance for sweetness these days (guys, you would have loved The McCarthys; they didn’t like sweet either) and the intensely loveable, thoughtfully crafted, beautifully performed About a Boy fell victim to that cynicism. It’s the only explanation I can think of for why everyone so firmly refused to watch a show as simply great as this one.

Burned off episodes are, in a way, a bonus. They’re a short reprise, but the bittersweetness of that short resurrection makes the ending all that much more hard to bear.