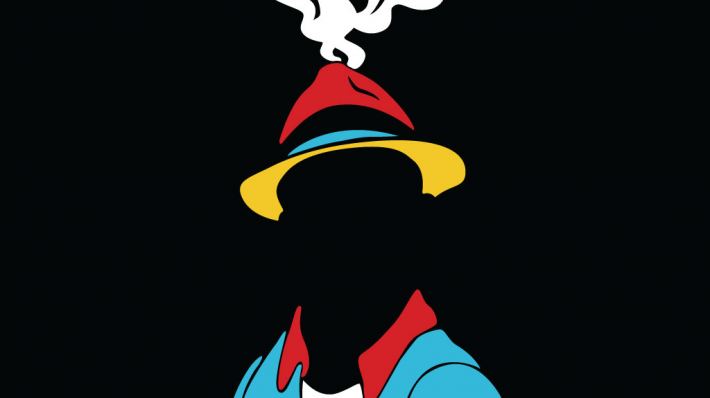 The National’s Motherfucker With the Hat

The National’s version of a modest summer hit is The Motherfucker With the Hat, a vulgar look at a man trying to overcome his addictions and stick to his moral code. This man is Jackie, an ex-con who struggles to maintain a relationship after he finds out his coke-addled partner has been sleeping with the eponymous hatted character. With help from his parole counselor Ralph and his cousin Julio, Jackie tries to win back his honour from the man, although he soon realises that the issue is more complex than he first believed.

What takes too long in this production is the reveal of its thematic centre. There are dynamics thrown around during the piece: addiction, love, friendship, family and sadness, yet these are done in a more cursory way, laced with humour and profanity to the point where we do not truly understand why we should care about our protagonist (played by Ricardo Chavira). What the show’s climax tells us is that its debate centres on having a moral system versus the relative freedom of nihilism. Jackie’s temptations all stem from the idea that he can abandon what he cares about very easily. His friend and counselor, Ralph, is perversely able to do this. All of what Jackie believes in is a choice: sobriety is a choice, even family is. His cousin Julio laments the fact that Jackie chooses not to see him as a proper family member. This main contention in the piece is a serious one but also one that lacks a dramatic crux to it. What Jackie is ultimately faced with by the piece’s end is the yes or no question of whether he actually cares about anything, unlike Ralph. This is the play’s unfortunate trajectory: it considers the many facets of a person’s life but its conclusion is merely that these things are important to some and not important to others. While this is evidently true—I often vacillate between Jackie’s and Ralph’s positions—it should have been introduced and explicated at the play’s beginning rather than at its end. What could have been a piece of existential intrigue is instead a 90-minute diversion with a big, unexplored question at its close.

At least the piece funny, albeit in a crude way. Stephen Adly Guirgis’ dialogue generates humour through its alien and unsavoury language. To the National’s mostly prudish, middle-class audience, the dialogue shocks in how casually it treats fidelity and addiction. It is a slightly more filthy version of Patrick Marber’s Closer in this regard: more vernacular but with the same amount of sex. All of this beneficial, in a way, as it helps challenge certain conservative viewpoints on these subjects. Conversely, it is stagnant in the sense that it takes the characters Puerto Rican culture and uses that as part of the ‘funny’ world that the audience reacts to. It is as though Guigis chose this culture in order to improve the humour rather than make a statement: audiences will laugh as comfortably at the cocaine addicts as they will at the culture exhibited by a character such as Jackie’s cousin Julio. However, I must admit that all significant theatre uses this kind of ‘Other’ that is presented to an audience in order to discomfort them and potentially change their attitudes. While the four-letter word lives that these characters live hopefully contribute to a challenged audience, I do believe that Guirgis exploits culture rather than using it for theatrical effect in this piece.

Despite my polemical attitude towards the intentions of the character of Julio, Yul Vázquez’s portrayal of him is best part of the show. He appears to be the only character who has his life together, shown by his health food obsession and fastidiously ordered home. Although he has far fewer issues than those of the other characters, his stunning optimism and loyalty garner him more sympathy than that of the main protagonist.

Set-wise, the production is fancy. Crucially, there is just enough substance here that it works. The fear with the National’s shows is that its budgets get used for the theatrical equivalent of a set of keys, but it is fortunately not so here. The play is performed in the interiors of three homes. After each scene, the particular interior that is on stage at the time deconstructs and then the next is constructed through impressive stagecraft. More impressive is how well these constructions use the almost indomitable space of the Lyttelton Theatre. While the sets themselves are relatively small compared to the stage, the darkness that surrounds them gives them a much larger presence. It gives the production the ability to create a dynamic way of changing from interior to the next interior by pulling each away into the darkness.

It is a weak play, the Motherfucker With the Hat. Guirgis’ recourse to vulgarity is lazy and he forgets to treat gives his themes their due. It is certainly not the profound profanity of a superior writer like Mamet. However, the National’s skill at production and a lone loveable character save the play from its inherent low quality and put it into a category that is just above mediocrity.