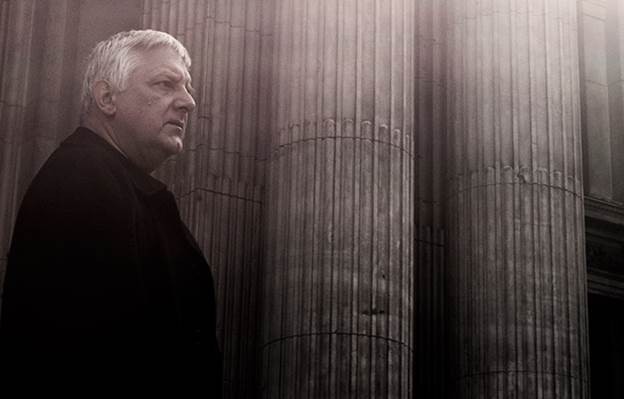 Temple at the Donmar Warehouse

Steve Waters’ new play Temple is invigorating, and that is a surprise considering its subject matter. Temple reveals the trials of the administration of St. Paul’s Cathedral during the 2011 Occupy Movement. It is set on the day the building reopened following a two week closure. It also tells of the drama surrounding the resignation of the Canon Chancellor following his fears of violence accompanying the eviction of the protestors. The set-up sounds like it would contain a trite ninety minutes of old people commenting on how they cannot grasp Twitter and a debate on the merits of the Occupy movement (which is a good debate, but not one that would make for good theatre). However, Temple rises above these pitfalls and becomes the most accomplished piece of original theatre I have gone to this year.

The greatest facet of the play is that the characters go far beyond getting a grip on Twitter and Occupy. For the most part, the characters are extremely competent and knowledgeable; because of this, the issues of the play are moral in nature rather than filled with platitudes. One of the salient questions that the play raises is: to which authority does one give precedence to? The audience gets to see the Dean of St. Paul’s answer the question in mostly real time (it takes place around a couple of hours prior to the cathedral’s reopening). Each authority is given its treatment: the banks, the City of London, tradition, the law and the public—God being the overarching influence. The most interesting question of authority raised is that of one’s own authority. The Dean is tested on the nature and limits of his own authority and whether he is fit to be the figure his role demands of him. He goes from weakness to strength with the subtle revelations of events, always showing an internal struggle that in some ways mirrors that of the protestors he is dealing with.

Simon Russell Beale as the Dean is definitive. On the stage he becomes a real human facing a massive crisis. He exudes modesty in all aspects, whether through his register or his minute physicality, yet he is still able to communicate the fear and stress of his position. However, he is not a pathetic creation: he is charming and able to banter with his colleagues but underlying this the audience feels the internal tension, providing a consistent doubt as to what will transpire next. This works well with the play’s setting: as a public in the real world, we only saw the Dean’s decisions after they were made but rarely did we see the humanity behind them and that, despite the fact that we know the ending from the news, is far more interesting.

Temple has the help of a supporting cast who skillfully create distinct performances. Each character challenges the Dean in their own way. Rebecca Humphries, playing the Dean’s PA, creates a naivety that never borders on sentimentality and, as a character, expresses her feelings without the ego or passive-aggressiveness that the others bring. One downside, and it is not a fault of Humphries, is that the PA’s character is forced to undergo a transformation from a temporary assistant to a knowledgeable advisor to the Dean: it does not work very smoothly. The dialogue becomes quite glaringly unnatural at times. This reveals another problem with her character in that Waters tries to inject class conflict through her dialogue yet it makes it appear as though Waters has never talked to a working class person in his life. Similarly, there is a weak establishment of an age divide, for instance when the PA mentions that her doctorate was on queer theory, with the Dean presumably told in the script to ‘look shocked’ at that moment.

Malcolm Sinclair wins the audience with a daring take on the Bishop of London, with help from Waters’ clear wit in his dialogue. Anna Calder-Marshall is delightful in her role as the grumpy Virger. Paul Higgins is highly competent as the fiery Canon Chancellor, especially for the conflict he is able to stir up every time he appears onstage, although he is not so believable in his sections of heightened emotion. Shereen Martin unfortunately goes for caricature rather than authenticity as the City of London lawyer, mainly thanks to Waters’ weak dialogue—note to the audience: lawyers do not use ‘OMG’ in real-life conversation.

Set Designer Tim Hatley successfully creates the interior of the Dean’s conference room during a crisis: the empty tea cups from the night before say more than much of the initial dialogue. The best aspect of the set is Wren’s St. Paul’s behind the room’s windows, hyperbolically large, constantly reminding the characters that they are dealing with an institution much older and more important than they are.

Despite the minor flaws I have mentioned, Temple is ideal viewing. Please see it before it leaves the Donmar, although I suspect it will return in a new form a few years later.