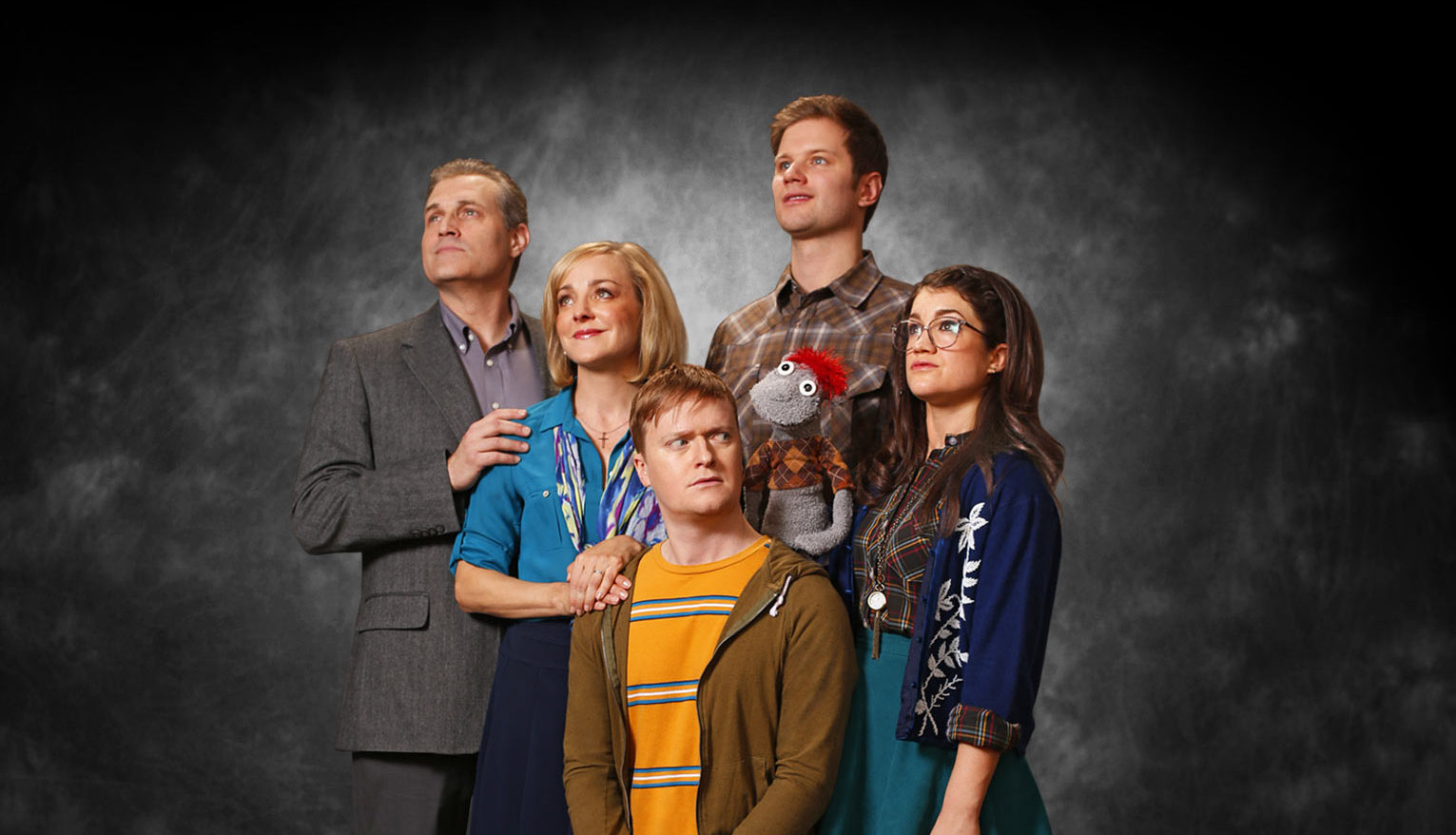 Last year, I gave a rave review to an off-Broadway play called Hand to God starring a (possibly) satanic puppet named Tyrone McHansley and Jason, the timid, church-going boy who brings Tyrone to life. Well, this shocking and outrageously funny play capitalized on its stellar reviews and is now one of the best shows on Broadway (Now Playing at the Booth Theatre). While the set is a bit bigger, very little else has changed since Hand to God was last playing in New York, including the original off-Broadway cast. Rather than writing a new review for the Broadway production, I have decided to re-post my original review – it is just as applicable today as it was one year ago when I wrote it. Bottom-line, if you enjoy the humorous irreverence in Avenue Q and Book of Mormon, you MUST see Hand to God. Seriously. Go now.

If there is something both inherently funny and inherently creepy about puppets, then Tyrone McHansley is the god of all puppets. Or is he the devil? One thing is certain, he is special and so is the play that he is appearing in […]. Robert Askins’ Hand to God is an incredible, dark comedy about troubled teenager Jason who deals with the pain and loss in his life by granting his sock puppet Tyrone a life of his own – a very twisted life that plays out in a church basement no less. The integration of love, lust, loss, and religion in Hand to God is what makes this play unique, thought-provoking and shocking. Well, those themes and the puppets. Let’s not forget the puppets.

Hand To God is set in a Lutheran church in suburban Texas, where Margery is teaching her son Jason and two other students, troubled teen Timothy and smart and nerdy Jessica, the art of puppetry. Still troubled by her husband’s death, Margery teaches puppetry in the church basement as a sort of coping mechanism, but it soon becomes clear that Jason has similarly embraced puppetry as a coping mechanism. An unhealthy one. While his mother is rebuffing Pastor Greg’s advances and ravishing Timothy ala Mary Kay Letourneau (in all fairness, Timothy’s age is never revealed), Jason is struggling to maintain appearances as a normal, kind-hearted boy while simultaneously verbally attacking Jessica, Timothy, and himself with his foul-mouthed puppet, Tyrone. The quiet suffering does not last, and Jason eventually has a meltdown of gargantuan proportions.

The plot may sound depressing, and it certainly is challenging, but Askins was smart to balance the dark self-hate, grief, and questionable behavior of his characters with the biting commentary and comedy that spews from Tyrone’s puppet mouth. If you are getting visions of Avenue Q in your head, think again. The Avenue Q puppets are to Tyrone what a goldfish is to the man-eating shark from Jaws. Jason’s puppet alter ego embraces the simple human condition – act as you will without the boundaries of social and political constraint. Consequences (and soul) be damned.

Very few actors could create the dual personality of Jason/Tyrone effectively every night on stage, but Stephen Boyer is beyond brilliant. From shuffling his feet as shy Jason to engaging in violent hand to hand combat (literally) with his puppet, Boyer is the epitome of a dichotomy on stage and has crafted a horrifying alter ego in Tyrone. Jason and Tyrone are both inseparable and utterly distinguishable. The shocking ending of the show is so well done and cringe-worthy that the entire audience was left reeling in their seats (hands were covering faces, people were gasping and squealing – you would have thought that we were at a screening of Paranormal Activity). The rest of the cast does a commendable job of interacting with both Jason and Tyrone, and Sarah Stiles is particularly entertaining as the quirky, love interest – Jessica. Geneva Carr plays an incredibly difficult role as Margery, who is a hurricane of emotion. Crying one minute and physically assaulting a boy the next, Margery’s split personalities are nearly as defined as her son’s and perhaps equally as damaging.

Director Moritz von Stuelpnagel’s staging and direction of this production […] is well-done, and set designer Beowulf Boritt constructed an eye-catching set that took me back to my childhood sitting in a grotesquely cheerful and colorful church classroom. The set changing mechanism facilitated smooth scene shifts in the small theatre space, which is an achievement in and of itself, and Jason Lyons’ lighting design captured the many emotional nuances of the show.

If you are looking for a theatre experience that is equal parts provocative, disturbing, and hysterical, Hand to God is sharp, dark, and hilarious – just the way I like my puppet plays.