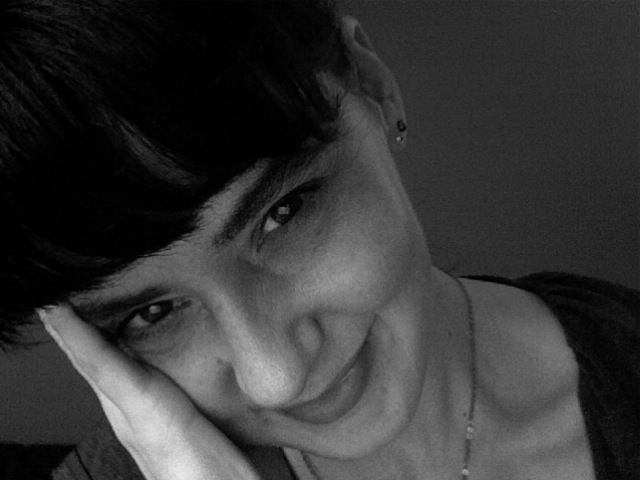 Best Director nominee Rosanna Saracino took one of our favourite Shakespeare texts- a play we’ve seen dozens of times- and turned it into something we’d never seen before for her Rarely Pure production. She did so without gimmicks, extrapolation or fanciful cuts and casting. She set a summer text in winter, assembled an ace ensemble, then mined As You Like It for everything she could find. In doing so, she found so much more than most people ever do.

Can you remember your first experience with theatre?
Yes, it was a company called Theatre des Lutins, a Quebecois French children’s theatre company that toured shows in grade schools. I remember sneaking into the gym and watching all the actors running around putting the set together, and I thought – this is it! Fell in love with the theatre there and then.

Do you have any dream projects?
There is a devised piece I am working on now, which has been buzzing in me for a couple of years. I finally get to put it up on its feet at the Canadian Stage in May – as I was selected for the RBC Director’s Program this year. The current working title is The Suitcases, and I will be collaborating with Linda Garneau, who I have wanted to work with for years!

Which directors, writers and actors have had a major influence on you throughout your career?
I am a long standing fan of Eugene Ionesco, and fell in love with his work many years ago. I love post-modernist and stylized work. As for favourites, the list is very long….in all these categories. Favourite directors include Tadeusz Kantor, Robert Wilson, Simon McBurney. Favourite writers: Shakespeare, Ionesco, David Hare, Beckett, Steven Berkhoff. Favourite actors: locally: it was a pleasure working with the Christina [Bryson], Spencer [Robson], Nate Bitton, and the rest of the cast, and frankly, there are hundreds of great actors out there, and it would be too difficult to name but a few.

What’s your favourite production you’ve ever worked on?
They are all favourites for different reasons. I love the work I get to do. A couple of standouts include: An adaptation of Marat/Sade by Peter Weiss, called de sade which deconstructed the original play – I added text from at least a dozen other sources, and worked with a large cast of incredibly talented actors to investigate madness and sexuality. Also, my production of Ionesco’s Killing Game, which allowed me to really investigate and actualize my vision and style as a director – again, incredible cast.

How did you get involved with Rarely Pure Theatre? Did you choose As You Like It or were you hired with the text already in place?
I had worked with Spencer on another show, and was called in on the project. I agreed immediately, as I love supporting up and coming companies, and actor-initiated projects. They had the script in place, so my goal was to bring this project to life by finding a balance between their impulse for producing this show, their company mandate, my personal style as a director, and the needs of the script.

As You Like It is almost always set in the summer. How did your January setting affect the story and separate your production from a more standard version?
It allowed us to dive into the underbelly of the play, and examine the emotional impact from a more desolate and desperate perspective. Winter bears a sense of isolation and loss, and the cold weans out extravagance – it tests our ability to survive. But, within this, the spark of love can run hotter than in summer months….and from there, the play found its life.

Did you cut the text yourself? How did you decide what could be condensed or discarded and what absolutely needed to stay?
Spencer was responsible for the edit – though I gave feedback when I received it.

What were some of the key things you focused in on for your interpretation of the text?
I can be a stickler with Shakespearean text and like to emphasize the technique needed to work the text: scansion, consonant and vowel work, punctuation and so on. But from there, it was important to make sense of the images, to action the poetry and to have a clear point of view. The text needs to be relatable to both the actors and audience, so clarity of each moment/beat was essential.

Walk us through your casting process. Were there any roles you struggled to fill? Did anyone walk in to audition and do the part exactly as you’d envisioned?
For me, it is always about a gut feeling. There are many talented actors in this city, but, I like casting people who understand the balance between professional behavior, the discipline required in the work, and the passion for the stage. In some ways, the roles come second to the performer for me. If someone feels right, and can work in a given part, then, that will ultimately make my decision. But, of course, there were great suprises – I loved working with Scott Garland for the first time, he is incredibly clever and clearly professional. And I was overjoyed to work with Nate Bitton, who is a truly talented performer, and a delight to work with.

Your cast is nominated for Best Ensemble. Tell us about working with the actors to create fresh interpretations of the 400-year-old characters.
My goal is to ensure that the actors always feel that they are an ensemble. For me, when actors truly own the work, and own the show, then the production will possess a vitality which is notable and inspiring. We worked to find contemporary associations, but always kicked it back to context. Somewhere between those two worlds, that ownership unfolded, and the piece came to life.

Your leading lady Christina Bryson is nominated for Best Actress for her performance as Rosalind. What would you say is the most important conversation you had with her about the character during the rehearsal process?
Christina is a dynamic performer, and receptive to direction. She is smart, edgy, and has a strong emotional capacity. Our conversations usually centered around the why behind the character’s behavior, and connecting the dots of each moment to the overall arc and thrust of the character throughout the play. I worked with her impulses and shaped them to ensure that her actions lead her to the resolution her character experiences by the end of the production.

Your Orlando, Spencer Robson, had played the same part mere months earlier with Humber River Shakespeare. Were you concerned about making this version different from his last?
No, not really. I have worked with Spencer prior to this show, and love working with him. He is always hungry for the next bit of insight and information and works hard to add that to his interpretation. Plus, the overall concept was different, and I pushed him to disregard the previous show, which he was happy to do. We both wanted to make and discover something new.

Tell us about working with Nate Bitton (who also played Oliver) to develop the fight sequences.
I have worked with Nate Bitton many times, and would hire him any day of the week – as a performer and fight director. He understands theatricality, arc of script, and has a broad imagination. By now, we tend to be very much on the same page – and both love pushing boundaries, and in this show, pushing the humour, while heightening the tension with the combat.

As You Like It is often referred to as Shakespeare’s Musical. How much guidance did you give Eric Bleyendaal for his original compositions that became the foresters’ songs?
All him really.

Did you have a favourite moment in the production?
Well, there was the one time when Nate and Katie’s character’s became so passionate that they busted through the wall in the theatre – that must be one of the all time best moments in my memory. But, overall, it really was working with up coming performers, and supporting the work they are passionate about.