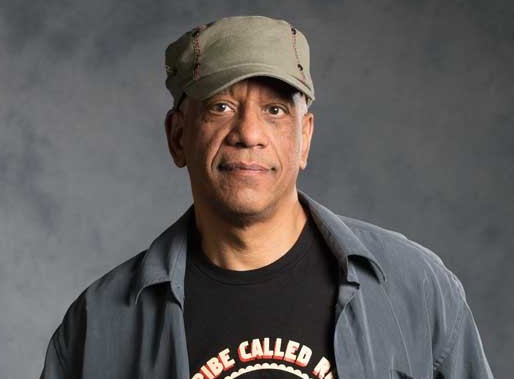 We can’t tell you much about The Mountaintop without ruining the glorious experience of seeing it firsthand but suffice it to say that the task that the ever insightful Best Director nominee Philip Akin took on for his Obsidian/Shaw Festival co-production incorporated the best of small-scale, intimate direction (truth, simplicity, and bringing out brilliant performances from his actors) with the imagination for something so much bigger.

So can you tell us a bit about the origins of Obsidian?
Sure. Obsidian started in 2000. Basically, it was a group of 12 people who were fed up and dismayed at the lack of representation of black stories on the Canadian stages and decided to do something about it. One of the things that was a little bit different is that we were all senior, mid-career-to-senior-ish artists. So that gave us a little bit of extra oomph when we first started.

How do you pick your projects? Do you pick them with a specific vision in mind?
Oh. [laughs] You mean as a person who just is trying not to stress out on his next season? It’s funny because no, I don’t kind of go ‘okay, my theme this season is thus and so I am going to pick shows to match that’. I mean, the canon is broader than most people think, but it’s not broad in that particular way. I look for plays that are, I guess, provocative, which have a big vision. Although I do seem to do plays that are somewhat based in history from time to time. My biggest idea is: is the play exciting, is it theatrical, does it have a vision, does it say something, is it a story we don’t know? I think that’s really important.

How did your partnership with Shaw begin?
[laughs] Well it was funny. I think it had its roots back in a bunch of controversy and, from my point of view, I tried to come at the whole problem of diversity amongst the theatre ecosystem from a slightly different way. I spent a lot of years fighting, you know ‘people should, people should’, and then I realized they don’t actually have to, and they don’t, and there’s nothing that says they should, and why are we wasting our time on that? What we have to do is produce good work and not really concern ourselves with whether or not the big theatre companies [are diverse enough]. They’re not a bastion of diversity anyway, why would anyone think they have the ability to produce diverse work?

So I guess that kind of struck a chord and Jackie [Maxwell, Shaw’s Artistic Director] got a hold of me and said we’re going to do a reading of this play, Top Dog, Underdog, would you like to come down and direct it? And the thing about the Shaw readings, which is amazing, is that you go there and it’s usually done on Labor Day weekend and you go in and you rehearse for a couple of days and then the reading happens you know, Sunday at 11 o’clock in the morning, and the place is packed. Which was really amazing for a show like Top Dog.

So with the really strong idea from both Jackie and myself that what we were interested in doing was excellent work, we used that as the criteria to move ahead. And I think we have a similarity in what we think is provocative theatre and what we find in theatre that’s compelling and so it’s worked out to be an excellent partnership for us. Shaw’s gone way beyond any kind of regular partnership agreement to help make the shows a success. We’ve done our best to make great theater and then bring it to Toronto so people can see it here. So it’s worked out quite well.

How did you decide on The Mountaintop?
We had one project that we’d been desperately trying to get off and we couldn’t get one of the key people that we wanted, so we went back to the drawing board and looked at a number of different plays. They were plays from all over the world. And finally, we just kind of came in and said, ‘you know what, I think we’ve got the people to do this play and to do it in a really powerful way’. So that was a big determining factor.

As a director, when you’re dealing with a still fairly young text like The Mountaintop, do you feel a certain sense of responsibility to do it really straightforward or does that really open you up because the audience has never seen it before, you can do whatever you want.
It’s a bit of an interesting question in the sense that if you look at The Mountaintop with or without stage directions it will totally change your perception of the play. The stage directions are based usually on the Broadway production. And they took a particular slant on the story. A slant which I didn’t actually agree with. And so trying to kind of eradicate those stage directions out of the text, out of the acting of the text, was an interesting problem to me. So yeah, it’s different than I think other productions that have been done in [North America], primarily for that reason.

I like to delve deep into text to find whatever truth that the actors and myself can agree on. But there are some real traps in the play where there are sections which really lead to what I call ‘speechifying’ or ‘preaching’ kind of dialogue. And I didn’t believe that that’s the way it should actually come out. We should try to find a way to not be preaching, because once you start preaching, people stop listening and I didn’t want that to happen.

What was it about Kevin Hanchard and Alana Hibbert that you felt really connected with the characters?
Oh, well, first of all, Kevin. I mean, from the minute we decided to do the play, that’s who I wanted to do it. I just think he’s a guy who’s come into his own in a major way in the last two years. He’s strong, he’s a daring actor and he’s really on top of his craft right now and I couldn’t think of anybody else that could just take the weight of the man.

The thing that I loved about Alana is everyone else who auditioned, they were very good auditions, but they made Camae out to be a real big city girl and what I loved about Alana was her ability to kind of encapsulate a bit of that country girl that I believed was in Camae, a little bit of the gawkiness. When I would see her do some scenes, she just had gawky elbows and that to me was more Camae than some slick city girl. I think Alana was profoundly ready to make that move away from musical theatre and she did a fabulous job.

I really believe in an all-out attempt to find truth and meaning in every word and when there’s things that aren’t sitting right on the actor, we don’t just sort of slough it off. There was one piece for example, one little section that Kevin was having real trouble with. And we went back and we tore the scene apart time and time and time again. And I’d come up with new ideas and we’d try it and it would maybe work for a little bit and then not work. And I would just say to him, ‘Kevin, you don’t have to worry. We will rip this apart until we’ve found what it is, and it doesn’t matter if it takes all of previews’. I believe that we have to come to a real commonality of understanding.

And I like people who like my jokes. I think that’s really important. I do. I won’t work with some people because we don’t have a sense of humour in common. If we can’t laugh together, then how can we play together?

The rehearsal [process] is hugely collaborative. I guess it’s partly coming from acting where, for a lot of my career, I felt like I was treated like bionic spam. You know, I was just meat to be moved around the stage. I don’t want that with the actors I work with. And they have huge input in all sorts of things. We have conversations about the sound cues, about the lighting cues; they’ll sit out in the audience while we go over why I want things to go a particular way so they can see the effect.  And they have the opportunity, righteously given, to go and say ‘gee, I don’t know’. And then we have a discussion. And sometimes they win and sometimes they don’t. But the truth is everyone gets a fair hearing and a fair shot.

How do you feel The Mountaintop fits into the cultural conversation about Martin Luther King Jr. and his legacy?
I think it’s an important play in that way, but I also think that a lot of people actually don’t have all the knowledge base to fully understand everything in the play. I mean, there’s one small section where Camae is saying ‘you root for the fruits’, and he says, ‘all God’s children’s got wings’. People tend to forget that Bayard Rustin, who gets mentioned later on, was his main organizer. Bayard in the 60’s was an out gay black man. A lot of people wanted him gone, and Martin stood up for him. So there’s a lot of things that are in the text that are very huge in his legacy but I don’t even know if people in the audience knew enough of his legacy to be able to glean those facts.

Was there a difference between the Shaw audience and the Toronto audience on that front?
I think so. A lot of people in the Shaw audience were of the generation where this was part of their life. I talked to groups and I can’t tell you how many times people told me about how they’d gone out and seen Martin preach in Washington or ‘I was at this rally’ or ‘I took part in this march’. And I don’t think that was the same by any stretch of the imagination in Toronto. It was a younger crowd. So at Shaw, it was people who it was a big chunk of their life. And maybe there were people like me in a sense, that they remembered those days of sewing up your jeans pockets so nobody could slip anything in your pants before they arrested you. You know, we remember that struggle with that march and what that time was like. So it was a profoundly different audience.

What’s up next for you?
Straight from The Mountaintop, I just finished doing Balm in Gilead at Ryerson, then I’m off to Harold Green to do Driving Miss Daisy and then down to Blyth to do a new play by Sean Dixon called The Wilberforce Hotel.