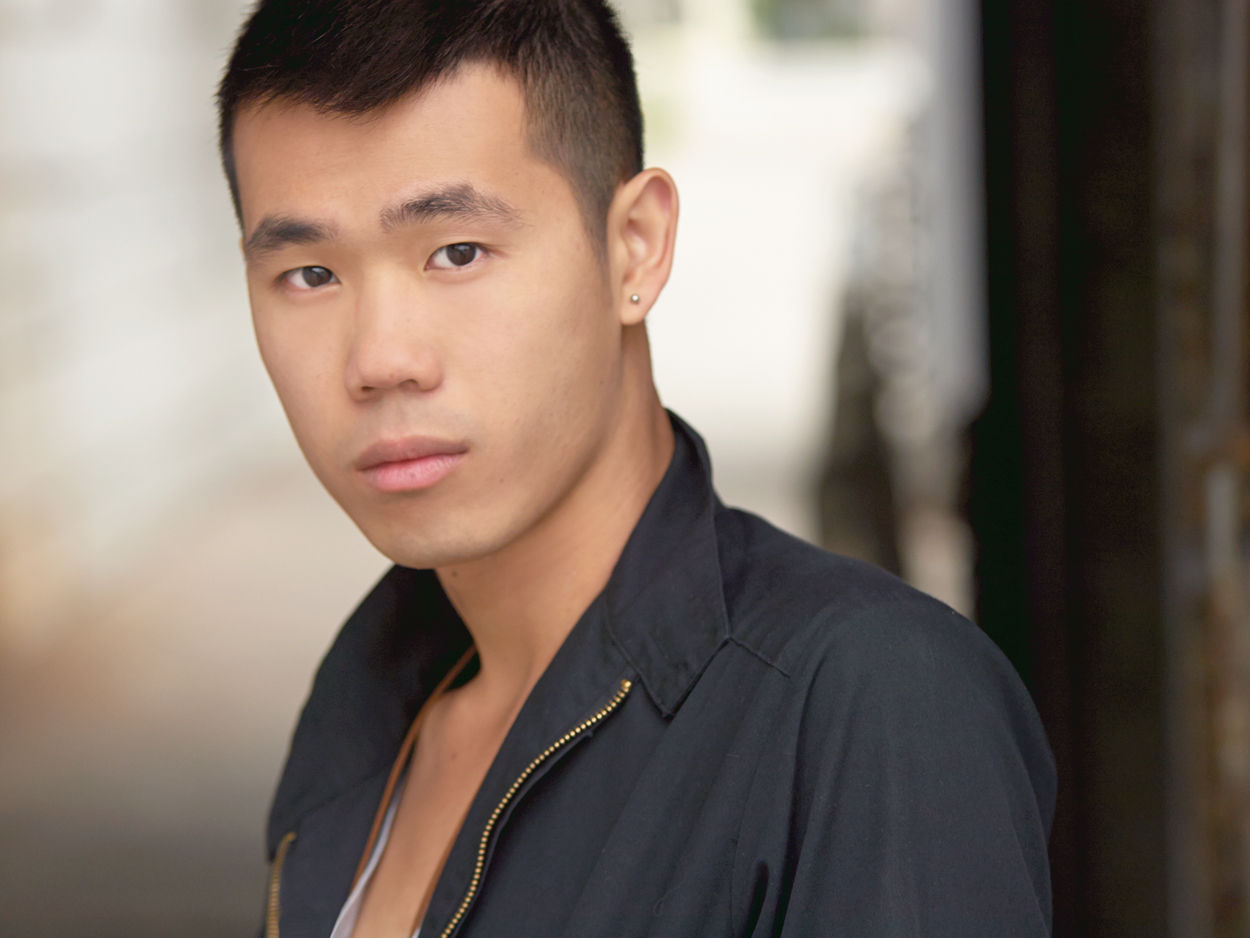 The role of real life military prisoner Chelsea Manning in Jonathan Seinen’s Unknown Soldier may have been the most challenging task given to any actor this year. In the SummerWorks one-act, Best Solo Performance nominee Jeff Ho was tasked with capturing not only the sorrow and frustration of a trans-woman deprived of her hormone therapy and left on suicide watch, but the moral complexity of a soldier unwavering in her belief that the classified leak that saw her convicted under the espionage act and sentenced to 35 years at Fort Leavenworth was her moral obligation. The subtlety and power with which Jeff accomplished said task was unforgettable.

Can you remember the first theatre production you ever saw?
I never really saw much theatre growing up in Hong Kong, though I do remember my mom took me to the Nutcracker when I was eight or nine, and that would have been my first exposure to the stage. The first “professional” theatre production I saw in Toronto was Judith Thompson’s Palace of the End.

What’s your favourite role you’ve ever played?
It’s hard to pinpoint a favourite but I really loved rehearsing/performing the Boy in OutsideTheMarch’s Murderers Confess at Christmastime. Jason Chinn, the playwright, had written the character with a very specific accent: this young asian man with this fabulous, flamboyant, and “urban” sound. Plus I had to learn how to twerk. My research consisted of scouring youtube for “ghetto asians twerking.” Do not follow my lead, you will find nothing.

Do you have a dream part you’d like to play one day?
I feel like my dream parts are constantly changing. Before theatre school, my first professional gigs were Shakespeare, and I really really wanted to be a Hamlet back then. That has changed. Since graduation, almost all my work has been new works/new characters, so I feel like my dream part will appear in the future. In the meantime, I would love to play Song Li Ling in David Henry Hwang’s M Butterfly.

How did you get involved with Unknown Soldier?
Jonathan Seinen, the writer and director, had seen me the previous SummerWorks (Murderers Confess at Christmastime). He contacted me about Unknown Soldier, we met for coffee, and then I read for him. This was a year well before the production, and that was a huge blessing of time for development and research.

What was it about Chelsea Manning’s story that most intrigued you?
Stories of people who live their lives with such conviction that they lose their freedom intrigue me. The discussions on what they are instead of what they did intrigue me. How treason and martyrdom co-exists in her public image. How she must be doing, as her story has evolved in hopeful, then heartbreaking news.

How much research did you do in preparation for the role?
Jonathan had books, documentaries and videos to share, and the research about and around her was immense. We had a nice period of time workshopping the script at Factory Theatre, and then at lemontree, so research fed our rehearsals immensely. Since her story is ongoing there were days we’d come with news of her and our research would grow.

You were playing a real person. How did that sense of responsibility to the subject inform your choices in performance?
I felt very responsible for representing the story authentically, but not neatly. Letting the conflict between the search for identity and the search for truth live, I felt responsible and connected to that too in performance. In terms of portraying Chelsea, Jonathan made it clear that we were channeling her story, and not imitating her.

Unknown Soldier covers a lot of political territory from the treatment of transgendered prisoners to the ethical implications of whistleblowing. Was it a challenge keeping Chelsea’s personal story from being overshadowed by politics?
Oh yes! By the time we were at SummerWorks, we had gone through countless drafts searching for a balance between her personal life, her identity, her social politics, AND her sexual politics. However, the personal is political. She ended up in the military for very personal reasons, which led to her political acts, which led to her publicly coming out as trans, which changed the conversation from what she did to who she is. It’s all connected, but it was a challenge striking a balance and piecing so many things together into an hour long production.

I’m sure the piece elicited some very strong opinions. What were some of the most interesting reactions you heard during and after the run?
A lot of people resonated with the desire for freedom, in one’s own body and the world around them. A few people came up after the show and said that the dance – there was some Lady Gaga choreography – made them cry, without quite knowing why. Some people felt angry after the show, both at her and for her. Someone asked Jonathan why he decided to cast an asian male for this white character, and noted that it added another layer of sexual politics.

What are some of the rewards and challenges of being up there on your own?
Solo shows are so scary; I was absolutely terrified of getting on stage. There was no scene partner to lean on for chemistry, there was no hiding from the audience, or getting a break in the green room till your next scene. At the same time, all that ended up being hugely rewarding, because at the TPM backspace, the audience is so close and intimate that they provided the alchemy. There was no need to hide, or to rest, the space dictated that everyone was complicit in witnessing this story unfold.

Did you have a favourite moment in the production?
I loved the Lady Gaga choreography, which Indrit Kasapi worked with me on… and I mean WORKED. We’d spend rehearsals watching Lady Gaga and Beyonce do their thing in the “Telephone” music video. Indrit would be all non-chalant, step up, and execute the moves perfectly, then goes “Now do it.” Closer to opening, when we ran the dance, Indrit and Jonathan would scream at me, “fiercer, fiercer, fiercer! You’re Beyonce!”

What are you doing now/ what’s your next project?
I’m headed to the Banff Playwrights Colony and working on my play trace there. It’s a solo show that I’ve been working on the past two years and am grateful for the continued development at Factory, with thanks to b current and Iris Turcott. I’ve been Associate Producing with the incredible team at the Paprika Festival and we’ve organized The Intersection, a conference for the new generation of artists on May 2nd !

Do you have anything you’d like to add?
Thanks so much My Entertainment World for the nomination!