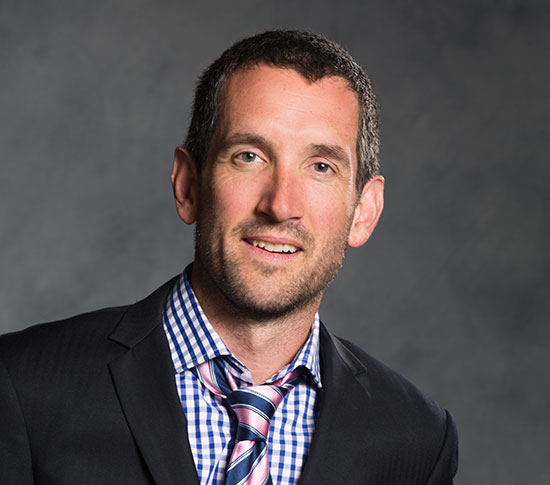 The last time we interviewed Gord Rand for the Nominee Interview Series, it was 2013 and he’d been nominated for a zero-budget workshop production staged in an abandoned office building. This time around the engrossing actor is nominated for Best Actor in a Play for an expensive mainstage show (The Philanderer) with one of the biggest companies in the country (The Shaw Festival). But even surrounded by established stars, on a grand set, spouting a Shavian script, it’s that same passion and truthfulness that could carry the most independent of enterprises that makes Gord stand out as one of the country’s great leading men.

What have you been up to since we spoke with you for our 2012 Interview Series?
I’ve finished a documentary – Goodness in Rwanda – and toured it around festivals, we’ve won a couple of awards. I’m writing for the Tarragon theatre – they’re producing a play of mine The Trouble with Mr Adams next season. And I’m trying to get another doc and a feature made. And hanging out with my wife and two kids.

You got your start at the Shaw Festival and have been back many times over the years. Is there a sense of homecoming when you return after a few seasons away?
I always love returning to the Shaw. It’s always felt like home, and I always pay a visit to the box office where I started and where the faces have all changed since my time there!

Your nomination this year is for The Philanderer, one of Shaw’s lesser-loved texts. Did that fact add to the challenge of the production at all? Do you think that’s a well-founded opinion on the play or do you think it’s better than reputed?
I think it’s better than reputed. Lisa [Peterson, the director] has worked a lot on new plays throughout her career, and I’ve always torn apart plays in rehearsal. It’s important for me to be irreverent to the playwright no matter who he or she is – it’s part of my process – and we did that to Mr Shaw plenty of times. But at one instance, Lisa pointed out that this was his second play – and as a playwright working through learning how to write, this struck me – and that he touches on some of his great themes in it: the Life Force, women’s rights etc. So put in context of his career, it certainly is not his pinnacle, but it’s also not his worst. He was also fighting to make a commercial play too, and that helps, because he plays with the farce form quite ingeniously.

Tell us about working with Marla McLean and Moya O’Connell as your contrasting love interests.
What can I say, they are beautiful, talented, smart and funny. My job is the best job in the world.

In act two the action shifts to the Ibsen Club, which looked like the Emerald City. Were design choices like that (and the stark look of the final act) a signal of a larger heightened or surreal interpretation of the text?
Lisa always goes for insightful impact – which is something I really admire about her. So definitely, the second act was trying to create a period setting that was also somewhat modernist and dreamlike, a place that people nowadays would like to be. And the final act was a realization of the anti romance of it. Stark realism, the fires of passion smoking and smoldering but not burning everything up.

The final act of your production was actually a discarded draft Shaw didn’t include in the final version of his play. How did the alternate ending alter the play as a whole?
It’s a much more thoughtful ending. The published third act is not nearly as interesting. He tries to wrap things up in a neat bow, but his arguments and structure make that basically impossible. So the unpublished third act provides a lot more open-endedness but its more satisfying.

Tell us about working with director Lisa Peterson.
She’s wonderful. She’s directing my play at Tarragon. She’s funny and playful and risky and knowledgeable and she pushes actors hard in a gentle way. She’s great. I recommend her!

Do you have a favourite moment from that production?
Not that can be published.

Who are some of your favourite people on the Shaw stage professionally and personally?
Michael Ball is the best stage actor in Canada. He’s well known to people who know him, but not known by those who don’t and that is a great shame.

Do you try and see every play in the season? What were some of your favourites of 2014?
Yes, I do. The Sea jumped out at me as did Cabaret.

You’re jumping over to Stratford this summer to star in Oedipus Rex. How similar or different is the culture at the larger festival compared to Shaw?
I think it will have its challenges – but I am blissfully unaware of them at present. But really, theatres – big and small – are all trying to do a very difficult and rewarding thing: which is to tell stories live in front of people, and make an event that will never happen again.

What can you tell us about Oedipus Rex?
He killed his dad and is fucking his mom. [wink]. It’s a challenge! It’s a big masterpiece and I have to do it. So what can I tell you about Oedipus Rex? He’s intimidating as hell, man!