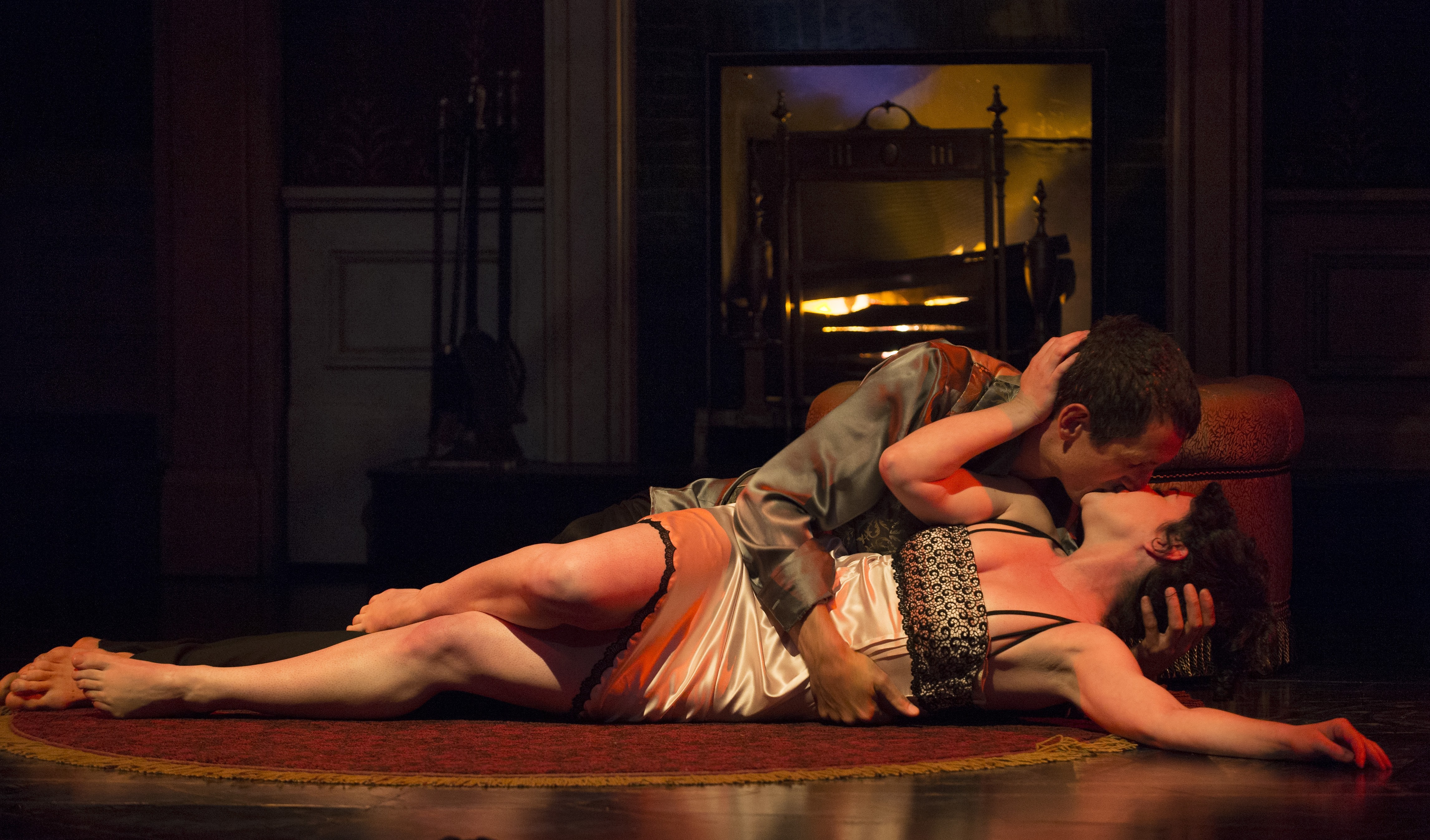 At the Shaw: The Philanderer, a Monologue

“Do not talk about how period costumes and British accents on a proscenium stage is so boring and standard and Shaw Festival-y that you want to scream. Don’t talk about that, Kelly. Just move on, choose not to care this year, choose to get over it. Focus on the amusing captions that director Lisa Peterson included to set each new scene. Focus on the thematic implications of the fact that the second set looked like the Emerald City (Aside: was that on purpose?) and the third set was minimalist and awesome despite not fitting in with anything else on stage. Focus on how good those annoying British accents are or how fond you are of Marla McLean’s particular brand of old fashioned tough gal and Jeff Meadows’ ability to make any character charming no matter how shady or strange they are. Why don’t you mention how cool Harveen Sandhu’s costume/hair combo looks? Hell, you can even criticize the show- say the fight choreo is awkward or Ric Reid is completely underused or you didn’t understand the point of the strange “Interlude”. Just don’t do the two things you Always do: complain about GBS’s preachy politics or talk about how tired you are of the fact that 90% of all The Shaw Festival’s productions look Exactly The Same. It’s not fair to performers like Gord Rand who is so magnetic and nuanced that he managed to actually hold your attention and make you invest in his character. Talk about something other than what you always talk about; do it for Gord. Or for Moya who has put up with years of you writing superficial things like ‘Moya O’Connell is the most beautiful woman alive!’ [paraphrased] instead of just letting statements like ‘Moya O’Connell is an entrancing leading lady’ [paraphrased] express what is her more important trait as a performer. There were roller skates in this production- that was kind of cool, wasn’t it? And all the characters were really into Ibsen- you sort of like Ibsen; remember how good Moya was in Hedda Gabler? You could write a whole thing about how that role contrasts ironically with this one, especially considering the number of times Ibsen is name-checked here. Just don’t repeat yourself because then you’re just as bad as the festival and its never-ending parade of the Exact Same Thing Over And Over Again.”

Screw it, The Philanderer is exactly like everything else you’ve ever seen at The Shaw Festival. Unless what you saw before was directed by Peter Hinton. But this one has Gord Rand, so that’s good.