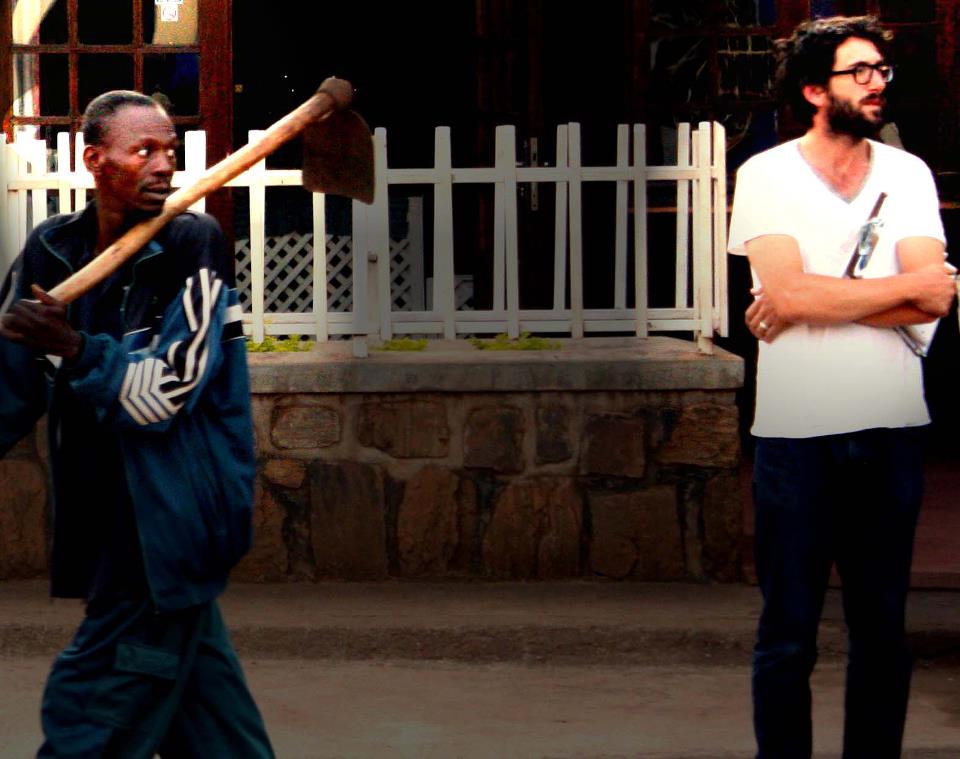 All over the (Rwandan) map: Goodness in Rwanda

A group of actors from Canada embark on a journey touring Michael Redhill’s play about genocide, Goodness, to Rwanda – of all places.  My immediate thought is that this experience will be wrought by topics as obvious as the social function of theatre in different cultural and geographical environments.  Or the role that interpretation and discussion can play in the accessibility of L2 performances.  At the very least, you expect to witness theatre, through the lens, as a vehicle connecting diverse cultures in some way.  Gord Rand, mastermind behind the project, as well as, a performer in Goodness, articulates that bringing along a camera is part of his quest document the cast’s search for meaning.  They want to capture the reactions of Rwandans who have experienced genocide first-hand.  They will put the play’s overlying question to the test: “Why do good people rush to do evil?”  The extraordinary possibilities alone leave me shivering.

The large endeavor is quickly all but buried by the actors’ process, the director (Ross Manson) and his crew’s encounter with low technical standards, the promotional obstacles of the Festival Arts Azimut, and Rand’s own personal quest to regain faith in the acting profession, referencing, in fact, an inspirational acting coach who had taught his students the necessity of getting into trouble, unsure of how to get out.  None the less, as a lover of global theatre, international affairs, and world cultures, I cannot be anything but hooked.  I am engaged and excited to get to view such an exciting theatrical adventure; a “miracle” as they call it – to be invited to present this piece in a context so rich with the weight of its story.  The emotional rollercoaster the cast and crew face as they come to terms with a theatrical environment so different than their own, and the insecurities drawn out by the uncertainty of whether the play will affect, is compelling to watch.

Embedded in the documentary are more humorous moments like when 200 soccer fans waiting to view the match in the same venue as the theatre threaten to ruin the fate of the production.  Or when a group of only six men show up for a matinee and are asked, strangely, if they would still like to see it or would prefer coming back in the evening to be part of a larger crowd and more energized show. Other baffling moments are when we learn of the festival’s funding being withdrawn from the host university only two weeks prior to the arrival of the performers.  We only see a glimpse of the organizer’s rationale for not informing participants and deciding “the show must go on” despite an imminent cancellation.

I then become weary with whether or not the doc crew will ever achieve their goal.  Panned scenes which capture the Q&A, for instance, following the first performance of Goodness are interjected with longer close-ups of actors constantly concerned that the subject matter of the play will offend, and, later, filled with sadness or grief as they uncover local stories about genocide.  It seems like the potential to go deeper into the minds and hearts of the Rwandan people is restricted by constantly focalizing the artistic need to feel “useful.”  In fact when an audience member questions the absence of critical aspects of genocide like rape and child murder in the play, Rand reverts the question back to the patron, unable to answer.

It is later that the theatre troupe visits the Kigali Memorial Centre in what is, perhaps, the most interesting exposure: aside from tours of haunting sites of torture, oral presentations by survivors and perpetrators alike show the power of healing.  The most powerful message, the power of forgiveness, emerges.  Even a victim whose entire family was killed before his very eyes can learn to forgive.  This important aspect of their visit appears only as an after-thought following the guilt of the equivalent of an empty toolbox: the intent was there but it appears, at least from this angle, that very little research or discussion was conducted to prepare for presenting in this specific cultural context, and how to best engage in conversation was left to the grace of the gods – other than a live translator to capture the questions of non-English speakers.  It did not appear that critical aspects such as the nature of gift-giving (art itself is a gift to be shared and reciprocated) and collectivity rooted in tribal cultures were considered.  Many of the artistic team appeared to prefer facing adversity blindly.

While the cast and crew were only in Rwanda for 15 days, the entire documentary was shot over a period of 3 months.  The imbalance between the time spent in Africa and Canada is emblematic of not succeeding in what they set out to do.  This documentary had powerful moments and asked some though-provoking questions.  Had they been better prepared, the fact that Rwandans were less infatuated with defining good and evil than focusing on how the spirit of change manifests itself, would not have seemed so foreign.  In the words of the festival organizer: “We did not survive genocide, the world survived genocide.”