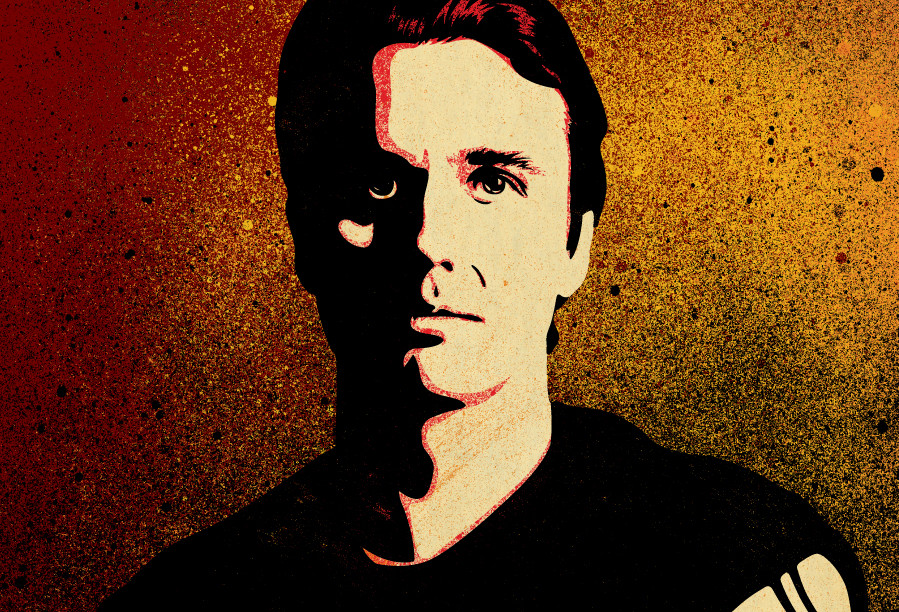 Everyone loves lists, and at the end of the year there is no lack of Top Lists that reflect on and revamp our cultural excitement about the past twelve months. Although we frequent playhouses and movie theaters to see new works/productions on stage and screen (barring the occasional revival or vintage screening), our reading habits are less linear. The majority of us do not spend a year solely reading new works.

Therefore, I decided to present my top reading picks of 2014 without regard to release date. There are new books, classic books, novels, plays, and audiobooks. Here’s what really rocked my socks this past year:

Life after Death
By Damien Echols
The story of the West Memphis Three has been extensively covered in film. The tragic deaths of three young boys in West Memphis, Arkansas in 1993 led to a bone-chilling miscarriage of justice: the hasty imprisonment of three local outcast youths, forced to serve 18 years and 78 days in prison due to circumstantial evidence and a biased prosecution. The first film released was Paradise Lost: The Child Murders at Robin Hood Hills, followed by Paradise Lost 2: Revelations and Paradise Lost 3: Purgatory. The latest (excellent) documentary West of Memphis, was released in 2012. Now, Damien Echols, the eldest and most famous of the trio, has released a prison memoir that is as full of hope and spiritual stoicism as it is of grim accounts of unspeakable corruption and abuse in the legal and prison systems of certain southern states.

The Winter’s Tale
By William Shakespeare
This one is close to my heart. While it is no secret I’m a big fan of Billy Shakes, I not only read this lesser known Bard play, but also performed the lead role in a university production. I was incredibly moved by the emotional depth and incredible nuance and breadth of human experience packed into this popularly-neglected work. Focusing on the character of King Leontes (a character with whom I felt uncomfortably identified with by the end of the run, excepting, you know, his tyrannical tendencies and the accidental rage-induced murder of his family) is revealing. It is unsettling just how much damage self-doubt, fear, emotional dependence, and an unwillingness to grow can do to a family, and to a kingdom. I find the redemption and romantic reunion at the end almost as unbearable as grief in its unexpected acknowledgement of true repentance and regret; it breaks my heart because in real life, no one gets such a second chance.

The Smartest Kids in the World, and How They Got that Way
By Amanda Ripley
Read by Kate Reading
I made a bold move this year: I signed up for membership at Audible.com. You can find the details online, but my membership basically entitles me to one audiobook a month (for a reasonable fee). My first choice was Amanda Ripley’s book. A swift listen, it is wonderfully read by the versatile Kate Reading. Ripley critically appraises and praises the educational systems of Finland, South Korea, and Poland while succinctly critiquing the American system, all without allowing the American reader to wallow in self-pity. Rather, she invites educators and educated alike to determine what changes need to be made, and soon. A very good read, er, listen.

Daily Rituals: How Artists Work
By Mason Currey
This book is just plain fun. It is full of biographical tidbits about the great artists, scientists, and thinkers of the past few centuries, and how they went about the actual business of being, you know, brilliant. My favorite entries are Simone de Beauvoir’s (the woman was a disciplined machine) and Maya Angelou’s (bottle of sherry for the hotel room? You go girl). Currey has written a delightful book to inspire all of us intellectuals to push through, especially when the going gets tough (sadly, most days).

My Life in Middlemarch
By Rebecca Mead
Ready by Kate Reading
I’ve waited for Rebecca Mead’s book ever since I heard she was writing it back in 2009 (the year I first read George Eliot’s Middlemarch). As an audiobook, it was even more fun to absorb. Mead seamlessly weaves Eliot’s biography with her own, anchoring the two in a cogent and rich analysis of Eliot’s finest work.

Can’t We Talk about Something More Pleasant?
By Roz Chast
In one of the nicer moments I had at my old bookseller job, a quiet women came up to me and asked for my help in locating Anita Diamant’s book Saying Kaddish: How to Comfort the Dying, Bury the Dead, and Mourn as a Jew. She explained that while she wasn’t Jewish, she was trying to find books to help her through the difficult process of caring for her ailing parents. She was very polite in her sadness, and my heart went out to her. After scanning our very untidy Judaica section, I managed to locate the book. Very grateful, she asked if I could recommend anything else for someone in her situation. I enthusiastically recommended Roz Chast’s new book. As tactfully as I could, I assured her that while Chast’s book does not soften the blow of what it means to witness the decay and eventual death of one’s parents, she somehow pulls it off with biting wit and a great deal of wry humor. The woman thanked me profusely, and walked off with both books.

I’m happy I could offer that book to someone who needed it, but whether or not you are in her situation, I really recommend this graphic memoir (as does the New York Times).

Wild: From Lost to Found on the Pacific Crest Trail
By Cheryl Strayed
Not much to say here, since Reese Witherspoon’s interest in this memoir has taken this book to the big screen. Strayed is a marvelous writer, and I see her book as an antidote to the glib Elizabeth Gilberts of the world. Strayed’s narrative is so powerful because she is brutally, unceasingly honest in her portrayal of herself as well as those around her. She somehow has made the tired “Face your fears and your past and climb the mountain of your life!” style of memoir fresh again. Remarkable. For an even richer experience, be sure to check out the Slate Audio Book Club’s podcast on this daring account of Strayed’s life.

The Woman Upstairs
By Claire Messud
You can check out my full thoughts in the My Books review. I enjoyed Messud’s latest novel far more than her last one; my mind was particularly blown by the last chapter.

The Bully Pulpit: Theodore Roosevelt, William Howard Taft, and the Golden Age of Journalism
By Doris Kearns Goodwin
Ready by Edward Herrmann
I’m so glad I took the plunge and listened to this audiobook. It took a whopping 36 hours and 42 minutes, but I was never bored as I learned about the lives of the political and literary movers and shakers of early 20th century America: Theodore Roosevelt, William H. Taft, his wife Hellen “Nellie” Taft, Sam McClure, Ida Tarbell, Ray Baker, William Allen White, Lincoln Stefans, etc. If you are daunted by carrying that brick-of-a-book around, by all means check out the audiobook; the narrative is well worth it.