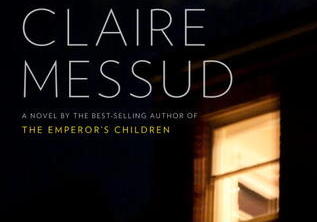 Spending Time with The Woman Upstairs

“How angry am I? You don’t want to know. Nobody wants to know about that.”

It almost makes you regret knocking. Or was it she who knocked on your door? From the first line, we find ourselves wondering how to deal with the Woman Upstairs. We could keep ignoring her; we’re used to doing so. Or we could, of course, humor her. Is it more villainous to restrain a woman’s potential, or to allow her to reach out and dream for one’s own selfish purposes? Is it crueler to stifle, or to smirkingly tantalize? It doesn’t matter; Nora Eldridge, the protagonist and narrator of Claire Messud’s novel The Woman Upstairs, has been forced, has subjected herself, to both traps.

The novel’s publication, back in April, 2013, was shrouded in literary controversy. In a now-infamous interview with Publisher’s Weekly, Messud was asked a banal question about Nora’s perceived likeability as a character. More specifically, the interviewer doubted whether one would “want to be friends with Nora.” Messud lashed back with the following delicious tirade:

This launched a big internet firestorm over whether character likeability is at all relevant in fiction, and whether the question is inevitably sullied by sexist undertones. Some cheered Messud on for pushing back against the insipid yet insidious question; others condemned her as an elitist lashing out at other commercially successful female writers. Unfortunately, the debate obscured actual discussion of Messud’s book, out in paperback this year. And that’s a shame, since The Woman Upstairs is a masterful work, much more complex and layered than the PR kerfuffle that preceded it.

Nora Eldridge tells us her story directly: she is a third grade teacher living in Cambridge, MA. She is single, childless, provincial, and utterly dependable as a colleague, daughter, and friend. Her youthful aspirations to be a great artist have faded as certain concerns (financial stability, her mother’s fatal illness, her own self-doubt) have risen to the forefront of her life. But everything changes when a new child arrives in her class. Eight year-old Reza Shahid, unnervingly special and distinct from the other third-graders, offers Nora access to a new world, the world of his exotic, talented parents: Sirena, the sensuous and gifted visual artist, and her husband Skandar, the erudite scholar on fellowship at Harvard. For the Shahids, the year in Cambridge is a brief detour from their exciting life in Paris, a fleeting, if tumultuous, anomaly. For Nora, the year will prove Earth-shattering, in equal measures joyous and devastating.

But don’t be fooled by this inadequate summary. Whatever story you may anticipate from the fiery and confrontational opening, perhaps a tired, rehearsed story of a woman who has had to quash her desires in the service of others, it will not quite match the story you soon find yourself immersed in. This is not a book about a woman angry with her lot; it is a story in which a woman’s life is enriched, enhanced, brightly colored and darkened by her own recounting of its crucial moments.

In a tightly controlled unraveling, Nora’s life is unveiled in non-linear fashion: an angry woman who was once a precociously diligent child, pushed up a grade in high school; a third-grade teacher who reflects on her past as a typically rebellious arty teenager, who sampled bits of life as they come at her in the form of college, a single steady romantic affair, and career changes; a thirty-seven year old self-proclaimed “spinster” who sees herself as the husk of the artist who put her life on hold the moment her mother began to deteriorate and die. A Massachusetts native who has stumbled upon the answers to prayers she didn’t know she was uttering.

The novel exists in a quantum space: Messud’s spectacular achievement is in deftly modulating the tone of the narrative to give us both past and present Nora. She displays what was, what is, exciting, stultifying, and agonizing about her experiences, while simultaneously dissecting it, analyzing it, and explaining it, often dispassionately, never dully. One doesn’t always realize it is happening until heavier doses of irony and bitterness surface (e.g.: “I was crazy. I was crazy in the way a child is crazy, in the way of someone who believes, with rash fervor, that life can be—that it will be, and most certainly—as you would wish it”). But the ultimate tragedy of the novel lies in Nora’s self-awareness, a self-awareness she acutely lacks throughout her tale, a feature that may have protected her before.

The gut-wrenching truth of Nora’s experience is one I wished I had experienced in reading Messud’s previous book. I wanted to like The Emperor’s Children, Messud’s last best-selling novel, more than I did. While I could not argue against the accomplished satire and wit of that book, for the most part it remained just that: accomplished. Many critics commended Messud for accurately capturing certain cultured and cosmopolitan types from New York City, pre-9/11; this feat left me cold. I didn’t like or relate to any of the characters, and I didn’t need to like or relate to them; I needed to viscerally believe and delight in their hopes and anxieties and selfishness and pettiness. It didn’t end up happening.

The whole of The Emperor’s Children, and certain passages of The Woman Upstairs, suffered under the weight of a quiet yet occasionally elephantine descriptive carefulness. To offer an example: I cringed as I read the multiple brief descriptions of Nora’s young students, each child’s name and nationality so deliberate in its uniqueness, so obviously serving to reflect cultural “diversity,” as to feel artificial and clunky rather than a true-to-life slice of a New England community. Do we really need to know that the twins Ebullience and Chastity have relatives from Jamaica, that Ilya was from Russia or Duong from Vietnam, that Aristide’s parents are from Haiti, little Ethel from Nigeria? The outlining of these children who play almost no role in the story, rather than adding realism, mire the writing. The same could be said for the multiple moments the novel places us somewhere specific, in time or place. As a Bostonian, I was dismayed at how stilted the “necessary” references to local markers felt, as I heard again and again about the Museum of Fine Arts and Harvard Square (is this how tired New Yorkers feel about the necessary mentions of the Statue of Liberty and the Chrysler Building?). I get nothing out of knowing Nora listened to Avril Lavigne in the car, or that she hates the policies of George W. Bush. Nora’s story is not usefully colored by her status as a sheltered, liberal New Englander experiencing life in America in the mid-aughts. While I acknowledge that there is a deeper cultural and political foundation further explaining, if not justifying, the plight of our nation’s Women Upstairs, the novel itself does not burrow down deep enough to unearth broader meaning or insights.

But for each overly-meticulous stroke of the brush, there are splashes of vibrancy and wit. Messud’s success lies in her fully-fledged characters, above all in the eponymous heroine of the book. Nora, in her isolation and self-pity and wretched hopes for an unrealizable future, in her awkwardness and fierce joy and crippling inhibitions and squelched desires, above all in her fear, is unquestionably “alive,” as Messud insists any character worth her salt should be. This Woman Upstairs, strait-laced, uncomplaining, un-aspirational, is glorious in her self-induced suffering. Whether we “like” her or not, we should be thrilled she has been given the chance to express the complexity of her yearnings, her views on the ruthlessness required to make great art, and her rage at her world’s lack of curiosity and empathy for those who remain sequestered upstairs.