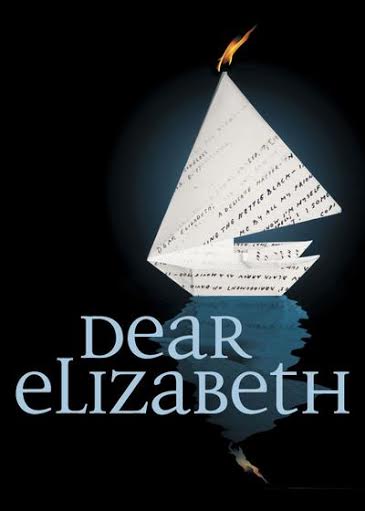 There’s something special about seeing a local premiere. Whether the show has previously played out of town or not, seeing it for the first time here in Boston always feels special. Of course, the catch 22 is that it also sets a very high bar of the production, being the first for its audiences in a given area. Luckily, Lyric’s current production of Dear Elizabeth rises to the occasion on almost every level, delivering a strong and beautiful show for its patrons.

Sarah Ruhl’s 90 minute script focuses on the true to life friendship between famous poets Elizabeth Bishop and Robert Lowell. Through a series of some 400 letters to one another over a 30 year span, the two formed one of the most unique and beautiful friendships and saw one another through some very high highs and very low lows. Told almost entirely through the words of their very own letters to one another, Ruhl’s script is powerful, poignant and lyrical in so many ways and captures the voices of these two very different poets.

The production, however, cannot stand on the merit of Ruhl’s script. The performances must be of the highest order for the rhythm and voice of the script to be unlocked. In this way, Dear Elizabeth almost reminds me of John Logan’s Red; a fast-paced, 2-person show with nowhere to hide; a call for complete trust in your fellow performer and your own ability to listen and respond.

Luckily, Lyric managed to find two more than capable performers to navigate Ruhl’s text. Ed Hoopman as Robert Bishop speaks in an affected, yet pitch perfect rhythm. He manages to effortlessly dance over the text, tackling passages of intellectual language which, though appropriate, in the wrong hands may feel antiquated and cold. Hoopman finds his way through those challenges gracefully, delivering a solid performance.

I might be more effusive about Hoopman, except that he was sharing the stage with Laura Latreille who is nothing short of brilliant as Elizabeth Bishop. I think that Boston audiences would be hard pressed to find a more fully embodied, physically committed performance than Latreille’s. From the tip of her toe to the top of her head, I believed every movement and word that she uttered. The show is arguably more exhausting for the Bishop character than the Lowell character – her highs are higher and her lows are ultimately lower. Bishop suffered an incredible amount of loss and love in her lifetime and Latreille’s journey through this character’s life is palpable and powerful. With no disrespect meant to Hoopman, I had almost wanted Latreille to do a one woman show on the life of Bishop.

The tapestry that Lyric weaves with Dear Elizabeth would have been nearly flawless if it weren’t for a few misplaced stitches. A. Nora Long steps to the fore for the first time with Lyric after Assistant Directing other projects and serving as the company’s Associate Artistic Director. Her direction is at times brilliant and at others, a bit confusing. The play jumps from letter to letter, but does, at times, allow the characters to unite. These moments are sometimes a bit unclear and until Ruhl gives us some sort of textual clue, the audience is left guessing a bit if the two poets are actually sharing the same space or not.

In addition, the employment of projections is a bit choppy throughout the show. At times, it is used to define a location or a time period. At others, it is more interactive or tells us the title of a poem being recited for us. The projections appear in several places on the set, but there is no consistency or motif for where and when they appear and whether they are interactive or not. I’d have found them entirely unnecessary, except that they were used in a couple of pivotal moments in the play, both which send Latreille into an emotional roller coaster which I would be happy to ride over and over again with her.

Long does make wonderful use of Shelley Barish’s beautiful set design which conjures both the whimsical and academic sides of these two poets and is not short of unexpected twists and turns, much like the relationship that Bishop and Lowell shared. She carefully stages each character’s movement through the shared space, mirroring the lyrical quality of Ruhl’s script and creating some beautiful pictures with just two actors.

Dear Elizabeth is a play worth seeing. Latreille’s performance is a standard rarely met and Lyric’s production of this beautiful script is solid and, even in hurricane gusts, worth the trip down to Back Bay.

The Lyric production of Dear Elizabeth runs through November 9th 2014, at the Lyric’s home at the old YWCA, 140 Clarendon St.