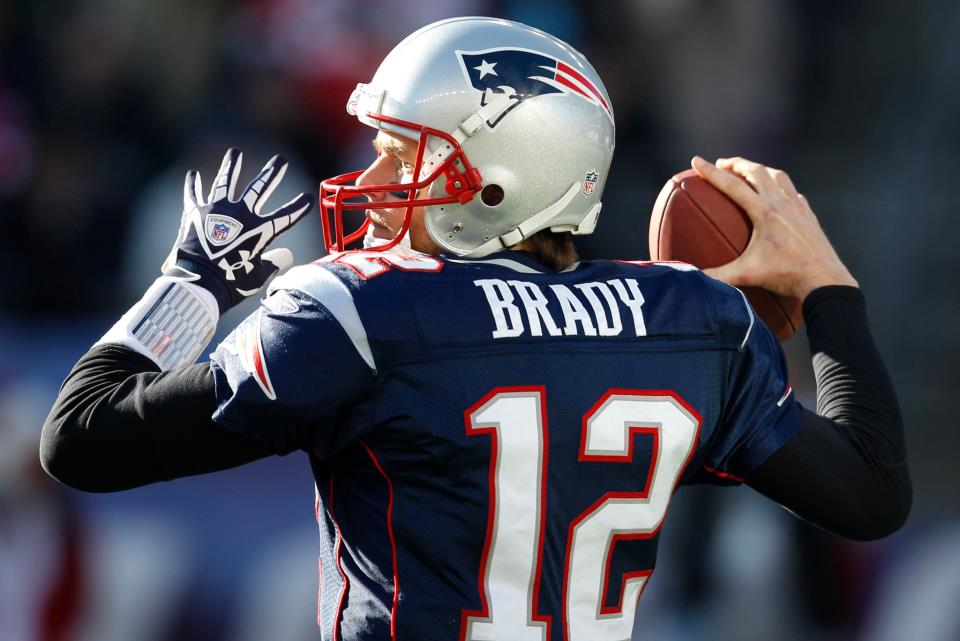 With baseball wrapped up and hockey just getting interesting, some might have been distracted from their religious football Sunday, Monday.. and Thursday rituals. So how is America’s favourite pastime faring? Well we’re more than halfway through the football season and it’s just starting to snow.

Week 9 marked a pivotal week for NFL teams as they entered into the last half of the season. With playoffs starting on January 3rd, every game between now and then is crucial. Earlier in the season, mistakes could be made as they sorted out which lines, plays and players worked best against certain opponents. Now, forgiveness cannot be granted as easily, the teams battling out on the fields should be well-oiled machines, determined and successful. At the beginning of the season, the Bills were surprising everyone with their underdog tenacity and prowess on the field while the New York Giants were struggling to get it together defensively. 8 weeks later, the Buffalo Bills were 2nd in the AFC East, while the New York Giants, 3rd in the NFC East, scrambled to move up the standings. The storylines that run through the season are changing. Week by week, teams are gaining ground while others are still trying to figure out how to get off the sidelines. In week 9, NFL analysts released their midseason predictions, let’s see how the AFC North and East division standings match up.

AFC EASTERN DIVISION- New England Patriots
The NFL analysts called out New England as their midseason prediction for winning the AFC East, despite a flawed start to the season. As the Patriots are currently leading the division 8-2, .800 and are on a six game streak, the prediction really comes as no surprise. Their offensive line has stepped it up throughout the season and works smoothly as a unit, showing not a hint of the kinks that popped up in some plays in September. They get Tom Brady the time to throw, and he’s delivering. Rob Gronkowski, tight end, has also proved to be a shining star in the Patriots roster. He’s riding a wave of success, coming off of the Chicago Bears game in week 8 where he had three touchdowns and nine catches for 149 yards. Overall, the Patriots are proving to be a notable driving force in the AFC Eastern Division, followed by the Miami Dolphins. 2nd in the standings, the Dolphins hop along with 6-4 and a .600 percentage. Miami has struggled with various injuries as they fight to produce the big plays that have been noticeably lacking on the field. Their offense has also not been something to write home about as Mike Wallace criticizes the lack of action. However, they are not altogether without merit, quick plays have been a notable success as Miami shows game in getting the ball to their secondary. Defensively, the Dolphins are also improving. The defensive backs are showing their competitive nature and Delmas also proved to be a success story as he landed AFC defensive player of the week. They have picked it up since week 8, moving up in the standings to overpower the Buffalo Bills. The Bills were holding onto that early success, playing some dynamic football. Dropping from standing 2nd with 5-3, to third with 5-5, .500. Currently they are on a two game losing streak. They have already surpassed last season’s on the road wins, yet are struggling offensively. What once was the strength of the Buffalo team has now started to wane, but the Bills are closer to the playoffs than they have been in years. They have a tough second half ahead of them but if they can gain some ground and keep learning from their mistakes (ball security has been an issue, but they’ve been focusing on protecting it against turnovers), then Buffalo might see the playoffs yet. Rounding up the AFC Eastern Division are the Jets. While at the beginning of the season, it looked like a fair fight for division title as the teams tore it up on the field, now it seems like a three team race. The Jets are having a rough season. With calls for head coach Rex Ryan to be fired before the seasons end, the New Yorkers are going to have to pull up their socks if they want to be able to tussle with the big boys and get back in the standings. Their dismal 2-8, .200 weighs not only on Ryan’s back but also that of newbie GM John Idzik, who likes to repeatedly announce profound personal disappointment at the fate of his team. However, there is slight hope that the Jet’s can be picked up and dusted off by playing to the strengths of their quarterback Michael Vick, if nothing but to save face. Analysts predicted the Patriots control of the AFC Eastern Division and the Bill’s standings have been foretold from the start. One should definitely keep an eye on the East as the teams will continue to play out some dynamic storylines and some plain good football.

AFC NORTH – Bengals, Steelers, Ravens
Calling out the Bengals to win the division, the NFL analysts also threw the Steelers and Raven’s names in the ring. At the halfway mark, the Bengals were leading the AFC North Standings 5-2-1, .688. However, they dropped down to 2nd after losing crucial ground. The Cleveland Browns had raced up the standings. The Browns came up from placing third in the division, 5-3 with a pct of .625 to first with 6-3, .667. They were on a three game streak and were gaining momentum. However, they dropped back down to fourth after The Browns now 6-4, .600, fumbled against the Texans. They made headlines earlier this year as they acquired Johnny Manziel in their roster. Manziel is a backup quarterback who shot to fame during the draft, however he has been quoted as being frustrated not only with his play ( or lack thereof) but also the result of the preseason games. Yet, this is his year to prove himself so hopefully he will catch a break and lend the talent that made him one of the most notable drafts to help break Cleveland’s blase season. The Bengals still have a chance, scrambling back up to first with 6-3-1, .650. They have had a few injuries this season, which has just gone to show the depth in their roster. Success has come at the hands of the guys who are filling in, determined to make the most of the opportunity that was handed to them, and they’re winning. Jeremy Hill is a good example, as the rookie running back had a 60 yard touchdown in the 4th quarter in week 8’s 33-23 win against Jacksonville, covering a total of 154 years all game. The AFC North is the closest division race in recent NFL history, with the Steelers shadowing 2nd with 7-4, .363. The Steelers are giving the Bengals a run for their money, as they continue to hit heavy on the offence and are more dynamic in their plays each week. Roethlisberger, the Pittsburgh quarterback, is currently on a run. He made history as he threw six touchdowns in two different games and completed 25 of 37 passes over 340 yards. He holds the NFL record for 12 touchdowns in two games and shows no signs of stopping. Pittsburgh is a team to watch out for as they continue to improve offensively and are hungry for a division title. The analysts also noted the Ravens as a potential to win the AFC North, however they are going to have to a make a leap in the standings as they are currently 3rd with 6-4 and a .600 pct. They have the last half of a season to make a change, if they hope to crawl back up the standings. Baltimore needs to work on turnovers, defensive power plays and pass protection in order to change the name of their game. The ravens also have quite a few penalties under their belt and need to keep their composure while on the field. The AFC North is a tight race. The teams all have what it takes to make it to the top. It will be interesting to see what the last several weeks have in store for the North, as the teams tackle it out on the field in hopes of making it to the playoffs.

Overall the AFC North and East have been fairly in line with the NFL analyst’s mid season predictions. The divisions are tight races and the teams have to keep tight as they can not afford any losses. The North and East are just two out of the 8 divisions that make up the two conferences of the NFL. Make sure you keep an eye on the rest of the teams as it’s winding up to be an interesting playoff season.