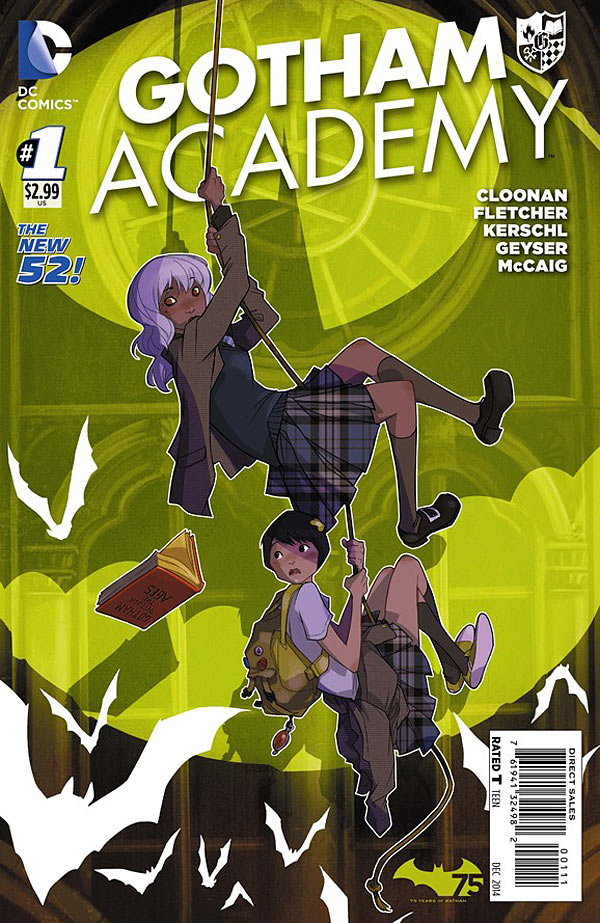 Be True To Your School

As a skeptic, I’m confident that there are lots of complex, often interconnected, rational answers for the things I don’t know. As someone who often dabbles in and reflects upon creative processes, I enjoy attributing phenomena to more nebulous, metaphysical forces. I particularly revel in ruminating upon impulses that comfortably loiter at the intersection of these two approaches. Like loyalty.

Whether cheering for a team of loveable losers in an athletic facility, walking a significant distance to patronize one coffee merchant instead of another, or silently and supportively suffering the slings and arrows of outrageous public transit situations, I can be pretty staunch. There are, naturally, a variety of factors at play in these situations and, while I do apply logic to an extent, I opt to leave some loose threads un-pulled rather than unravel the magic of that dedication.

Though I’m pleased with many of the ways I’ve changed since the conclusion of my high school experience, I’m a little surprised by how much of who I am hasn’t changed at all. Those four years were, in the as-final-as-this-can-be analysis, positive formative years. And, though it’s natural to embrace the tabula rasa of subsequent new beginnings, I’m loyal to that person I once was and am loathe to abandon aspects of his character. And perhaps my doubts about the degree to which people can fundamentally change nudge me to embrace what I deem valuable rather than try to reprogram.

With that in mind, I wish I could recommend Gotham Academy #1 to my younger self. Becky Cloonan and Brenden Fletcher’s story harnesses first-day-of-school anticipation by getting off to a fast start with character and setting details enthusiastically falling into place. A reader’s familiarity with Batman-related information is pleasantly rewarded, though it’s not necessary to start investing in the players of the piece nor their emerging storyline. Of particular note are the cleverly introduced character relationships, which are so essential for a school plotline, driven by teenagers, to be plausible. It’s downright impressive how much this first issue was able to communicate with nuance, rather than being heavy-handed or overly expository.

The style of Karl Kerschl’s art, which includes a handful of visual Easter eggs, perfectly balances inviting cartoony-ness and grander illustrative elements. Colourists GeyseR (Romain Gaschet) and Dave McCaig, similarly, manage to hint at both the darkness one might expect of Gotham City and the vivacious impetuousness of a heroic high school story. It all makes for a gorgeous book that opens up a new window to a well-established world.

It’s easy to excitedly watch characters grapple with events as they unfold, discover themselves, and profoundly change along the way. The mysterious goings on at Gotham Academy have been compared to those at a certain educational institution attended by a boy with a lightning-shaped scar on his forehead. Based on my perception that Gotham Academy’s target audience starts slightly older than that of those best-selling books, I expect comparisons to become less frequent as the comic’s plot thickens. But, if the title is successful, I don’t expect the young fanbase to which DC Comics is appealing to be any less enthusiastic.

Fortunately, a good story is a good story. I doubt adult readers will find Gotham Academy #1 lacking as a comic. There’s enough in this very promising start for me to confidently call myself a fan and to be eager to read the next issue, which will likely be just as refreshing. Despite the fact that we live in a world of binge-watching television shows, getting on board with the first issue of a new comic title is exhilarating and I recommend it highly, particularly with this fresh series that’s populated by so many highly-talented creators. And then you and I can enthusiastically fan out about the adventures of Olive Silverlock in the comment section, below. Let’s!

…and that’s the bell. Please take your seats and open your comics to the first page.