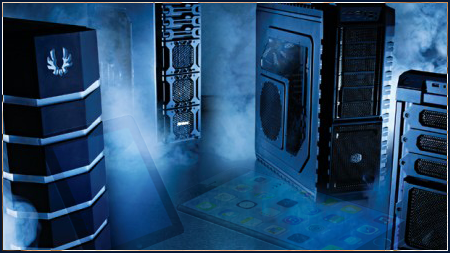 From PC and Consoles to the Palm of Your Hand

Have you recently fallen into the vast world of the CCG known as Hearthstone: Heroes of Warcraft? Well, if you have become a victim of Blizzard’s amazing card game, you may also know that it had launched on both the computer and iPad, becoming one of the first games to launch cross-platform on both PC/Mac and mobile devices. This decision by such a renowned and experienced game developer could have an immense impact on the gaming world and affect how other developers push out content. Reaching out to both computer gamers and players that might be a bit more on the casual side, game developers will now be able to build the same game and attract numerous demographics at the same time. I don’t know about you, but if I can play a game on my computer and then continue it when I’m on the bus to work, or later as I’m lying in bed waiting to fall asleep, it’ll definitely help keep me more invested in the game. Letting a player experience a game when, where, and how they want, is probably the best thing a developer can do when creating a game.

Hearthstone isn’t the only game to have recently realized the potential of being ported to mobile devices like tablets or the iPad. On August 28th of 2014, 2K games released a port of the 2007 game, Bioshock. It was originally released on the PC and Windows computers, and shortly after was ported to the PS3 and OSX computers. It was critically acclaimed for its story-telling and rich environments, and was named Game of the Year by several prominent gaming sites and magazines. It also spawned two sequels, one of which garnered even more success and praise than the original. Considering these facts, it would make sense to port the earliest version of the series to mobile devices that can handle such games, right? I’d say so, and 2K agreed. The game obviously falls short of the original when you consider graphics, but the fact that you can play a PC game from 2007 on a tablet or iPhone is just amazing. They did have to change the atmospheric effects the most, and the particles have been reduced ten-fold, but you still get to experience a masterpiece in the palm of your hands and at your leisure. Lie in bed and slay some Big Daddies before you fall asleep, or survive against a Little Sister while you’re on the toilet! Now that is bringing gaming to a new level.

Another series that has translated well to mobile devices is the set of games created by Telltale Games that expands across several intellectual properties, but keeps a universal art style and gameplay amongst all their games. The studio’s biggest hit to date has been The Walking Dead: Season One series that floored gamers just a couple years ago. Porting the original game to both Android and IOS devices, with all of the same storyline elements, voice acting, and graphics that don’t look all that much inferior compared to the PC and console versions, Telltale games has done what Blizzard has with Hearthstone, but deserves a little less credit due to the fact that the mobile versions were made and launched at a much later date than their PC version. Regardless, this is just another series that shows how lucrative porting your games to mobile devices can be. The Walking Dead: Season One has earned over $40 million in revenue since its release, with mobile sales contributing 25 percent of its total revenue. Just think how profitable this entire idea can be to gaming studios in the future.

Hardcore gamers look down on most casual gamers, and mobile gamers are pretty much shunned by the gaming community, but that all can change if people keep an open mind and understand the benefits and freedoms awarded by simple ports of great games. It allows new generations to experience games that we got to play as kids; while using the platform or device that they enjoy the most. I don’t see any cons to this, and the pros are very plentiful. With the gaming industry booming, reaching out and tackling opportunities to bridge gamers and their platforms together is an essential task that we should all be hoping comes to fruition. If you’re interested in experiencing some awesome games that are now available on mobile devices, you should definitely check out the following: Mickey Mouse: Castle of Illusion, Star Wars: Knights of the Old Republic, Monster Hunter Freedom Unite, The Secret of Monkey Island, Crazy Taxi, Grand Theft Auto: San Andreas and Vice City, Bastion, and XCOM: Enemy Unknown.