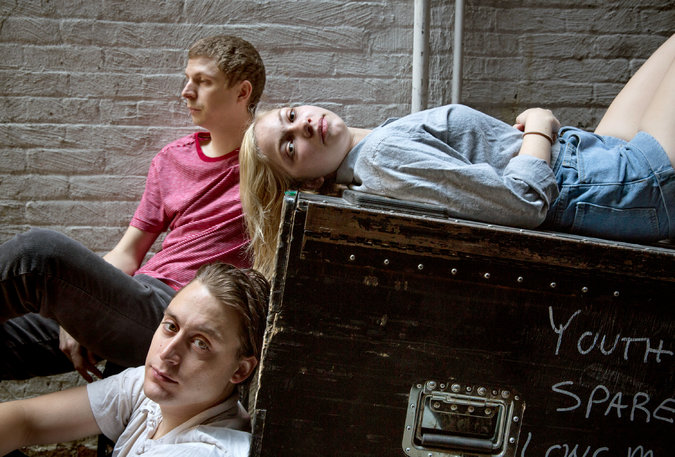 This is Our Youth

Kenneth Lonergan’s new play, This is Our Youth is a bit of a misnomer – my youth was not even remotely like the drug-fueled, neglectful, and privileged life of Warren Straub (portrayed by Michael Cera) and Dennis Ziegler (portrayed by Kieran Culkin). If Holden Caulfield had grown up on the Upper West Side in the 1980’s, he very well may have grown up to be Dennis or Warren. Unfortunately, dear readers, Holden Caulfield is one of my least favorite literary characters. Thankfully, Lonergan crafted This is Our Youth with a bit more humor to compensate for the depressing, self-indulgent and tedious young main characters of the plot. The witty dialogue in this play (the humor is smart and the one-liners are sharp) unfortunately did little to alleviate the horror I felt when I realized that fictional Dennis and Warren would now be middle-aged men, potentially wielding a great deal of power and authority thanks to their family connections. Sigh.

But I am getting ahead of myself.

This Is Our Youth is the coming of age tale of budding adults Dennis, who lives in his own apartment in New York City due to the charity of his loving and wealthy parents whose fortune fuel’s their sons’ drug-dealing and seeking habit, and Warren whose esteemed father throws him out of the house for stinking up the place with pot smoke (AGAIN). Warren, a painfully awkward and relatively friendless young man with very little common sense, drops in on his quasi-friend and drug dealer Dennis with a pile of money that he stole from his father before fleeing the family home. It is this pile of cash and a healthy fear of Warren’s father that leads the boys through a night of misadventures and self-discoveries, which includes the pals getting high, Dennis working through the death of a fellow drug-dealer, Warren struggling with the death of his sister and his abusive relationship with his father, and Warren attempting to get laid by the girl of his dreams. Ah, youth. Did I mention that Warren also spills a shit ton* of cocaine on the floor? Yeah. Kids these days.

Lonergan has a strong sense for dark comedy, and the play is punctuated by uproarious moments of absurdity between long discussions of serious subjects such as abuse and neglect, death, and potentially harmful drug addiction. Unfortunately between the illuminating moments of the play, both comedic and dramatic, the plot is inconsistent. For example, Warren’s whirlwind relationship with his crush Jessica Goldman (Tavi Gevinson) seems incredibly superficial. Don’t get me wrong. Teenagers (are these kids 20 yet – its hard to tell) are often incredibly superficial. It comes with the territory. But a one-night fling, followed by a few hours of unmitigated adoration, and then an epic fight that tears the young couple apart is somehow both unremarkable and unbelievable. Furthermore, the perpetual screaming matches that Dennis engages in with his girlfriend start off entertaining but at some point become unbearably repetitive.

And loud, thanks to Kieran Culkin.** Culkin plays his part well. Pontificating on anything and everything with a bemused, slightly-stoned tone of voice, Culkin’s Dennis is the semi-badass, wannabe rebel who is still reliant on mommy and daddy to get him through the day. He plays Dennis cool – as if he has reached his life pique at the age of 19 (again, I am guessing) and is headed for an unhappy, early grave. Perhaps I am wrong, but Dennis is a child defined by his relationship with drugs, and not his relationships with people. Culkin walks a fine line between daring the audience to hate him and throwing in just enough charm and humor to draw them back in. Of course, it helps that his stage partner comes in the form of Michael Cera, who I really wanted to love in this role, but part of me never fully embraced his characterization. The reason for my hesitation? Because Michael Cera played the same exact character that he always plays, and he did it the same exact way that he always does. He plays the awkward, nerdy, straight-faced humorous teenager well. He did it in Arrested Development. He did it in Juno. He did it in Superbad. Michael Cera plays the role of Michael Cera remarkably well. Which is why there is nothing surprising about his performance in This Is Our Youth. It is the same performance that he always gives, which at this point is somewhat stale. Rounding out the small ensemble is Tavi Gevinson who, while an acceptable choice for the part, fails to leave much of an impression (although, admittedly, the fault is not entirely her own – the role of Jessica appears to exist solely for the purpose of inciting her onstage counterparts).

One particularly stunning element of This Is Our Youth is Todd Rosenthal’s set design, which is a gorgeous replica of an apartment façade in New York City. Rarely do I find set design so breathtaking, and his use of the space made the stage appear remarkably large while also giving Dennis’ apartment a feeling of intimacy.

Fickle and fleeting, yet an indelible part of life, adolescence is complicated and a defining part of everyone’s life. Dennis and Warren in This Is Our Youth epitomize the struggles, heartaches, and growing pains of numerous young people, and their journey is worth a trip to the theatre.

*”Shit ton” is a scientific measurement, I assure you.

**Who looks exactly like his brothers. Through the first act of the play, all I could think was “man, I haven’t see this guy in anything since Signs.” It was only after I got home and pulled up IMDB that I realized how wrong I was. RORY Culkin was in Signs. I haven’t seen KIERAN Culkin in anything since Cider House Rules. Man, I need to see more movies.