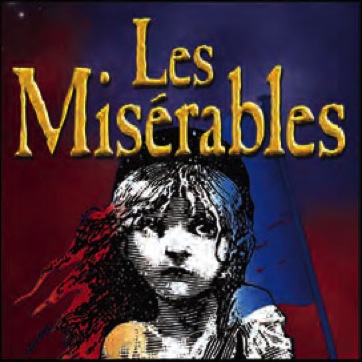 To this point, I have successfully avoided all local production of Les Mis. When the right to perform the mega-hit musical became available last summer, some ten producing organizations within 20 miles of Boston snatched them up for the 2013-2014 season, and despite my distaste for this choice as a producer and local artist, Company Theater’s recent production very well may have been the best of them all.

The show barely requires a description; with the recent release of a blockbuster movie starring Hugh Jackman and, regrettably, Russell Crowe, most everyone in the country has heard the elevating score and dismal tale of love and justice during the French Revolution. Nevertheless, Musical Theatre International (MTI) summarizes:

“In 19th century France, Jean Valjean is released from 19 years of unjust imprisonment, but finds nothing in store for him but mistrust and mistreatment. He breaks his parole in hopes of starting a new life, initiating a life-long struggle for redemption as he is relentlessly pursued by police inspector Javert, who refuses to believe Valjean can change his ways. Finally, during the Paris student uprising of 1832, Javert must confront his ideals after Valjean spares his life and saves that of the student revolutionary who has captured the heart of Valjean’s adopted daughter.”

Andrew Giordano offers the stand-out performance in this (mostly) stellar cast. His portrayal of Inspector Javert has all the conviction and cold, steely resolve you could want from a man who has been obsessed with chasing down the same criminal for so many years. His voice soars on this gorgeous score with clarity and depth in an almost effortless performance. Not surprisingly, Giordano is one of only two equity actors in the cast.

His performance is almost matched by Michael Warner’s Valjean. While Warner sings the proverbial sh*t out of most of the score and shines on the higher notes, anything that appears in a less dramatic context lacked passion and heart. It felt, many times throughout the show, that Warner was saving his performance for the bigger, more recognizable moments like “Bring Him Home” (which was lovely) or the more powerful “One Day More.” Nevertheless, his performance was more than good and certainly worth watching.

Another performance worth mentioning is Jennifer Glick’s Eponine. Her vocals were astoundingly clean and packed all the punch and passion that you could ask for, and her portrayal of this lonely and underappreciated character was brilliantly layered with depth and heart. Her unrequited love for Marius, played steadily by Brendan Paine, evoked a palpable compassion from the audience as she lay dying in his embrace.

Sadly, some of the actors failed to rise to this level of performance. Jessica Golden’s Fantine failed to grab me, and James Fernandes’ Enjorlas found the fine line between impassioned and annoying and sadly fell on the latter side.

Thankfully, where the performances fall a bit short, the iconic score (with masterful music direction by Michael V. Joseph) lifts this massive musical back up to the glory that audiences expect of it. With one of the most incredible orchestras I’ve heard all season, Joseph leads this production to a stunning, worthwhile performance. Even with nine other productions in the area this season, I would bet that this one stands head and shoulders above the rest.