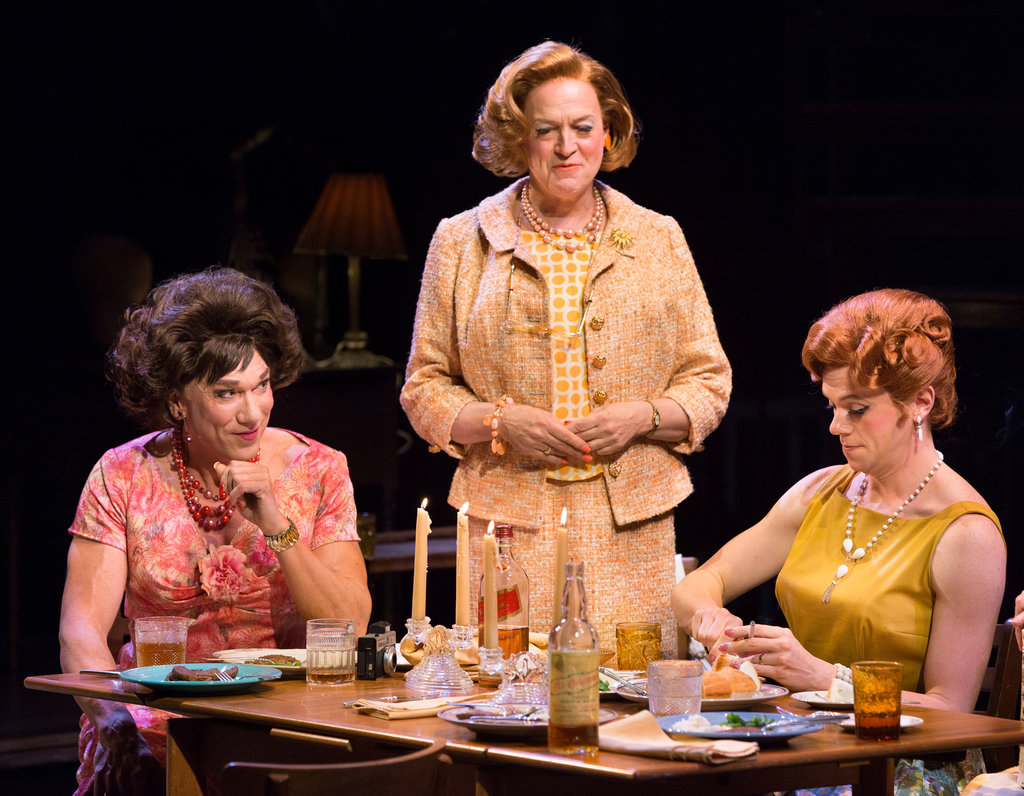 The stage has long been a place to explore identity, social mores, and self-acceptance. This season is no different. One show that has embraced these themes is Harvey Fierstein’s newest contribution to Broadway (he currently has three shows open), Casa Valentina.

I have a soft spot in my heart for Harvey Fierstein’s shows, which generally celebrate diversity and spotlight ostracized individuals who overcome adversity. Many of his shows thus far have been strikingly light hearted as well – La Cage aux Folles, Newsies, and Kinky Boots. The difference is that all of the aforementioned shows were musicals, whereas there is very little singing in Fierstein’s newest play Casa Valentina, directed by the illustrious Joe Mantello. Since catching Mantello in the 2011 revival of The Normal Heart (the best theatrical production that I have ever seen – period), I have been convinced that Mantello can do no wrong on a New York stage. Therefore, with the power team of Fierstein and Mantello, my expectations were high going into Casa Valentina. I was not disappointed. Casa Valentina gets lost in its own complicated story line briefly, but, as a whole, it is a complex and lovely production with a gifted ensemble.

First and foremost, forgive the potentially incorrect pronoun use in this post – even the men/women of Casa Valentina cannot agree on pronoun use. Fierstein’s play is the tale of a group of men who frequently escape the city for weekend retreats in the Catskill Mountains; however, Casa Valentina is not a typical weekend summer escape.  The houseguests frequent the social refuge that is Casa Valentina because they are welcome to live openly as their female alter egos there – dressing as women and partaking in social activities that might commonly be understood as traditionally female activities. The weekend guests include a first time, nervous newlywed Jonathan/Miranda (portrayed by Gabriel Ebert), personable, sassy, and delightful Bessie (Tom McGowan who channels Cam from Modern Family), the Judge/Amy (Larry Pine), old-timer Terry (John Cullum), vivacious and sharp-witted Gloria (Nick Westrate), and magazine editor Charlotte (Reed Birney). The group is rounded out by the owners of Casa Valentina, George/Valentina (Patrick Page) and his wife Rita (Mare Winningham).

If you predicted that Casa Valentina would be a story about a group of men who live day-to-day in the fear of being ostracized – a story of them versus the world outside of Casa Valentina – you would be wrong. Fierstein’s story does not fit so easily into a thematic box. As the women contemplate and debate forming a public organization, thereby jeopardizing their ability to hide their female or male identities, disagreements emerge as to who fits within their group. Transvestites? Transsexuals? Homosexuals? This lack of group definition begins to tear the friends apart, and it becomes clear that even social outcasts are not immune from casting others aside as inferior, especially when some level of social acceptance is on the line. Fierstein does a brilliant job of highlighting another social construction – the focus on “otherness” rather than camaraderie in any social gathering. Humans have a remarkable desire to distinguish themselves from each and every other human. We value individuality. That is, until it becomes a social impediment. Curious, isn’t it?

While these debates are illuminating, the plot begins to devolve as allegations of questionable sexual activities and police action find a way into the script. At times the numerous tensions and themes overwhelm one another and compete for adequate exploration. However, the understated finale refocuses the show while acknowledging the complexity of the issues addressed and how those issues are as pertinent today as they were 50 years ago.

The ladies of Casa Valentina are a good-looking bunch who appear quite comfortable in their dresses on stage. Reed Birney’s sharp-tongued and politically active Charlotte straddles the line between respected figurehead for her movement and viperous high school queen bee who resents any challenges to her authority. Birney plays both “the beloved” and “the bitch” beautifully. Gabriel Ebert is almost unrecognizable to those who caught him in Matilda the Musical – Ebert’s Jonathan/Miranda is touchingly uncomfortable with his newfound freedom at Casa Valentina and is a conduit through which the audience in introduced to the unique world of these women. Both Patrick Page and Mare Winningham are well-cast as the not quite so harmonious owners of Casa Valentina, but it was Tom McGowan who really caught my attention. Bessie is such a vibrant and self-assured character that it is difficult not to fall just a little bit in love with the sassy McGowan.

Scott Pask’s set is quite creative and gives the allusion of a large estate without requiring many large set pieces to move. Moreover, Rita Ryack and Jason P. Hayes deserve accolades for the hair and make-up in this play, which is not only period-appropriate but also transforms several men into fairly convincing women.

If you are up for a challenging play with political undertones and a stellar ensemble, Casa Valentina is sure to please. Ultimately, there is much more to this play than meets the eye.