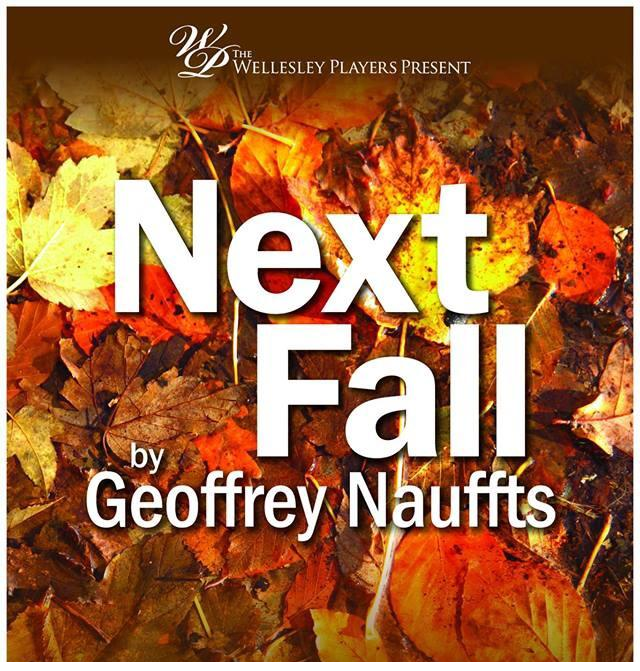 Still Waiting For Next Fall

Earlier this season, my colleague Brian Balduzzi reviewed Hovey Players’ production of Geoffrey Nauffts’ Next Fall and had very little good to say of that production. So, one would hope that The Wellesley Players’ production, directed by Todd Sandstrom and starring Ryan MacPherson as Luke and Nick Bennett-Zendzian as Adam would have more to offer and save this script for local audiences. Unfortunately, it seems we are all still waiting for a good local production to rise to the occasion. [Editor’s Note: SpeakEasy Stage Company of Boston presented a very good production for the New England Premiere, though with some flaws].

The show centers on Luke, a young gay man who also happens to be a devout Christian, and Adam, an older gay man who happens to be an atheist. This unlikely pair end up in a long term relationship, forcing both of them to constantly question their own beliefs and the other’s. Tragedy strikes as Luke ends up in a coma (no spoiler), and the show is told in a series of flashbacks, bringing the audience through the couple’s relationship with each other, and with their friends and family.

On the surface, this show should have had a lot to offer. For one, MacPherson is an incredibly talented actor and Bennett-Zendzian himself is no slouch. Both men have been recognized for their accomplishments, and I thought would bring quite a bit of power and finesse to this script. I suppose one out of two ain’t bad, so they say.

MacPherson indeed succeeds as Luke. I feel it is important to note here that MacPherson is a straight man, and, as such, approaches his character from a position of love and genuine, human connection rather than any attempt to play to broader stereotypes. He plays to his own strengths as an actor and a human, managing to dodge each campy pitfall laid out by the playwright, and, rather, dances over them with grace and skill. His Luke is flawed, yet devout; he recognizes his shortcomings but accepts them with charm and humility.

Bennett-Zendzian, on the other hand, was not as successful. Interestingly enough, I’ve learned that he is also a straight man, but he falls into the trap of stereotyping and broad characterization with his flailing wrists and pushed mannerisms. I lost any sense of true personal conflict and found myself begging Luke to leave Adam so the play could end a bit sooner. Happily, Bennett-Zendzian manages to muster some chops for the closing scenes of the show, but ,by then, it was a bit too late to save the entire performance.

Anne Damon as Arlene was a ray of sunshine through the gray cloud hanging over this production. Damon showed precise comic timing, nuanced dramatic acting, and a truly genuine acting presence on the small stage of the Arsenal Center for the Arts Black Box. I felt for her, and I felt with her. I just wish there were more of her to help buoy this sinking ship of a show.

Sandstrom’s direction did little to mitigate the shortcomings of some of the cast. In fact, I think it may have exacerbated the issue many times with contrived staging that forced actors from one side of a scene to the other side, simply to slap a wall or huff and puff. Many of the actors took out-of-control dramatic beats with pauses so pregnant that the show could have birthed triplets.

In addition, Sandstrom’s use of Tom Powers’ set design (which was actually quite good) was incredibly confusing. The multi-tiered set defined four separate areas of the stage as a rooftop, the hospital waiting room, Adam and Luke’s living room, and a fourth “flex zone.” Sandstrom used these areas inconsistently with blocking often seeping into the living room or the roof-top when it should have been confined. Perhaps the concept was that all of these spaces were to be more undefined, and morph or transform into what they needed to be when they needed to be them, however, the design so clearly defined and separated these areas from one another that the concept falls flat.

When will the Boston community finally get a strong production of this show? I admit that the writing is flawed, as Nauffts takes up many flags to bear and waves them all without ever truly taking a stand. Nonetheless, I have faith that there is a strong show in there somewhere, and I hope to see someone really take hold of it and make it shine. Until then, we’ll keep waiting for Next Fall.