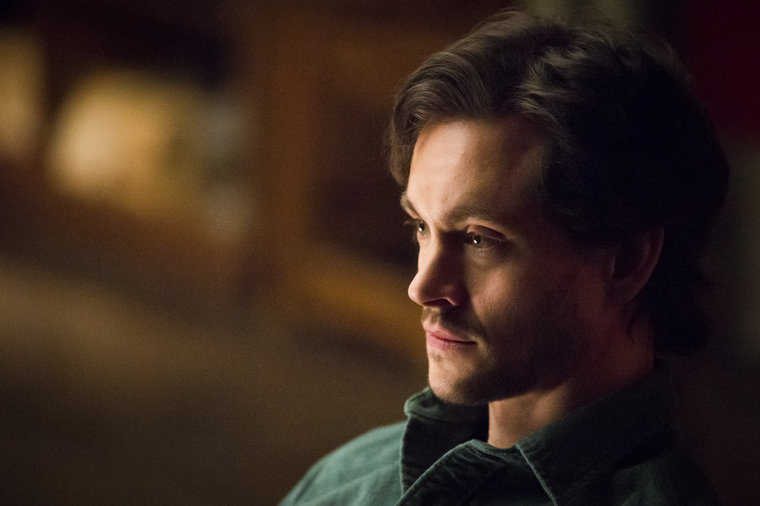 The dramatic conclusion to Hannibal‘s second season this past weekend left a big gaping question: what happens next? (Spoilers ahead). Although a cult favorite, Hannibal has a small audience, and was only just renewed a few weeks ago. The season finale felt like it could also have doubled as a series finale. Perhaps after Pushing Daisies’ abrupt cancellation, Bryan Fuller is mindful of creating finale episodes that give fans a sense of conclusion just in case. Had Hannibal not been picked up for a third season, ‘Mizumono’ would have done just that. At any rate, Fuller took great pains to make everything come full circle back to the pilot episode. ‘Mizumono’ would be a depressing conclusion to the series, but also fitting to its dark tone.

The only problem I had with the finale can go back to the season premiere ‘Kaiseki’. ‘Kaiseki’ featured a flash-forward where Jack is seen confronting Hannibal before being forced to retreat into the pantry with a gushing neck. When the finale ended, Jack was still in the pantry, his fate unknown. The flash-forward did little except alert everyone that things would come to head by the finale- something the individual episodes did a good enough job of building towards anyway. The result is the audience will have to wait almost a year after ‘Kaiseki’ to learn if Jack survived or not, which is frustrating. It seemed like an attempt to make the season come full circle, but as the finale made the entire series come full circle, this felt unnecessary.

Overall, the finale was a gripping, tense thriller. It was fairly tame for the majority of the episode gore-wise, building horror based on suspense rather than carnage. Much of the suspense for this episode, (like the rest of the season) hinged on Will and Hannibal’s relationship. Will’s loyalties were ambiguous, and how much Hannibal had figured out or guessed was also vague. So it wasn’t until the kitchen scene that everything became horribly clear. Hannibal was miles ahead of everyone else and had a trump card that took everyone by surprise: Abigail. Who although Will was accused of her murder, is still alive (For now…things aren’t looking great for her).

The kitchen scene was hands-down one of the best of the season, if not the series. It felt like the final act of a Shakespearean tragedy, where everything very quickly goes to hell, and suddenly your entire cast save one or two people is dead. Of course, of the wounded characters there is no way of knowing who makes it to next season (Bryan Fuller’s murder chart is entirely unhelpful in this regard), but the image of multiple main character lying in pools of their own blood seemed sufficiently dramatic enough to satisfy Hannibal’s theatrical tendencies.

Speaking of Hannibal’s theatrical tendencies…the entire kitchen scene was one of the most intense break-ups I’ve ever witnessed. Hannibal was somehow simultaneously gentle, violent, vindictive, forgiving and remorseful. Like, Hannibal, it’s understandable you’re upset Will doesn’t want to be serial killer bffs with you, but you need to find another outlet to channel your feelings into. To be fair, the ‘end’ of Hannibal and Will’s relationship could never be anything but intense and complicated. The ‘end’ is in quotes because there is no way that is the actual end to that relationship. Will and Hannibal are too unhealthily drawn to each other for this separation to last. And thank goodness, because their scenes together are endlessly entertaining to watch. Part of it is the brilliant and unique dialogue, and part of it is Hugh Dancy and Mads Mikkelsen’s fantastic chemistry. The entire episode was excellent, but it felt like the entire series had been building up to that one scene, and it didn’t disappoint. It hit all the emotional points it needed to in order to be convincing, and there were a lot of them.

If ‘Mizumono’ had been the series finale of Hannibal, it would have been very satisfying. Bringing back the Hobbs family and using familiar imagery in order to bring everything full circle clearly made ‘Mizumono’ and end of sorts. It’s certainly the end of the show as we know it: no more cryptic dinner conversations at Hannibal’s house, or more enigmatic therapy sessions. The format for the show worked wonderfully for two seasons and made for unique, thoughtfully crafted piece of television that audiences could savor. It was a visual and intellectually stimulating feast. (It’s really hard to resist inserting food-related terminology here. I’ll stop). Bryan Fuller and the Hannibal team have set the bar for season three very high indeed and I for one cannot wait to see what they cook up next. (Okay, now I’m done).