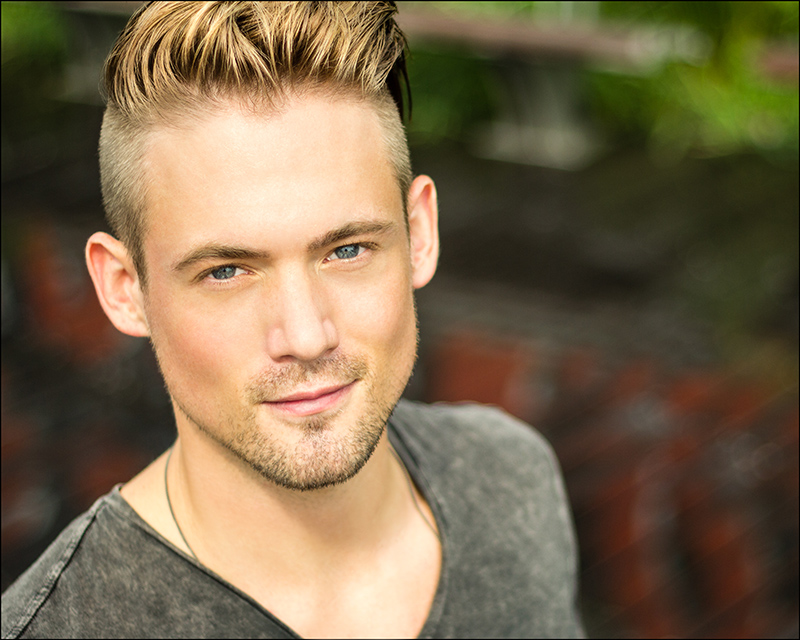 Within the artificial world of Rock of Ages, the most ridiculous character is somehow also the most authentic. Confused, well-groomed and German in a confident, gritty American world, Franz’s journey towards self discovery gives the audience something to root for before indulging in the inevitable Journey-filled finale. In the second national tour production that roared through Toronto last March, Stephen Michael Kane completely stole the show with his triple threat performance as Franz.

The Best Actor in a Musical nominee joins the Nominee Interview Series to talk about being the lone clean-cut man in a rock-and-roll world, also how to master a German accent.

Can you remember your first experience with musical theatre?
My first theater experience was as the Tin Man in the Wiz at a kids theater workshop in my home town. I was 14 years old.

What are some of your favourite musicals?
Next to Normal, Rent, Hairspray, Rock of Ages, Footloose….I could go on forever

Where did you develop your triple threat skills?
I studied at the American Musical and Dramatic Academy

Describe the audition and rehearsal process for Rock of Ages.
Well, I woke up at six in the morning and waited for about five hours with hundreds of other people for my chance to audition at an open call. I sang “Hit Me With Your Best Shot” from the show and was immediately offered a callback. At the next round I sang and did the scenes from the show. After that I was sent to the third and final round to work with other actors and the full creative team! It was quite a fun and exciting process.

How does the experience differ when classic rock songs replace standard musical theatre numbers?
The biggest difference is the audience knows every word to every song! So they almost become a part of the show in a way. One of the coolest experiences of my life is to look out at thousands of people and seeing and hearing them singing along.

For the film version, your character of Franz was replaced by Catherine Zeta- Jones. Be honest, does that hurt your feelings?
I don’t know that I was personally hurt by it. But I do feel the movie was badly hurt. It completely changed the entire plot and removed so much of the heart of the show.

Does the lack of big-name Hollywood Franz in the audience’s mind make playing him on stage easier or does it add to the pressure to make the character stand out?
Franz is such a spectacular character that, if played honestly, he doesn’t need any help standing out! I think we all hoped the movie would make a hug difference for us but, in the end it, didn’t seem to help or hurt us at all.

In a show full of long-haired, fun-obsessed rebels, Franz is the buttoned-down misfit. Did you ever have the urge to toss off the bowtie, stick out your tongue and rock out with the ensemble?
Yes all the time!!!! I always thought it would be fun to switch roles with Joey Primo (the kiss-type rock ensemble dancer) for one night.

You had to walk a delicate line where the audience couldn’t be sure if Franz was gay or in love with Regina until Act II. How did you and Megan McHugh approach finding that exact right amount of chemistry?
Our chemistry developed naturally over the course of our year together. I’ve never enjoyed sharing the stage with someone more. What you saw up there was honest and effortless. That was our true chemistry, we are best friends to this day!

Franz actually carries one of the show’s most emotional storylines as he learns to stand up to his father. What are some of the challenges of playing a serious arc in an ostensibly silly show?
You know, I’ve always played the serious “love interest” in musicals. So that part was easy. It was the silliness I had to work on.

What were some of the biggest challenges of the show itself and doing such a big tour?
The travel was by far the greatest challenge. I never got tired of the show. It was being away from my dog, my family and my home for two years that I struggled with the most.

What were the best and worst places the tour stopped? Did audience reactions vary by geography?
Oh gosh yes!! We traveled from major cities like LA, Chicago and Toronto to the smallest towns. There were definitely places that appreciated our show more than others. My favorite stops were New Orleans, Vancouver and  Anchorage Alaska… to name a few.

Do you have a favourite moment in the production?
My favorite moment was the opening…running out onto the stage for the first time, seeing so many smiling faces and singing “this must be just like living in paradise” and it was truly exactly that…paradise.

What’s your favourite part you’ve ever played?
Franz is. And Joseph in Joseph and Tony in West Side Story.

What are you doing now/ what’s your next project?
Now I’m currently filming a project for the Sundance Film Festival.