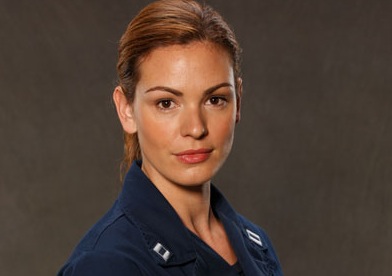 I look forward to watching Chicago Fire every week, and when it’s not on I’m sad about having a little less ChiFi in my life. I always know I am going to get a great episode, and storylines I haven’t seen anywhere else, mostly because I’ve never watched another show about firefighters. In “Until Your Feet Leave the Ground,” we got golden oldies getting dates, grumpy guys with good looking wives, a boys poker night, and a girls weekend retreat. We also got a twist that leaves me a little uneasy.

I am always up for a good plot twist in the television shows I watch, but I will never understand drama for the sake of drama. If a dramatic element is added to any storyline, and it’s hinted at, or logically makes sense, and I’m still surprised, I applaud the writers. But when a show adds in a plot twist that no one saw coming because it makes no sense in enhancing the story line, I get upset. Which is why I’m baffled by the direction Chicago Fire took this week when they had Candidate Rebecca Jones take her own life.

I’m not saying the show was wrong to venture into this territory, far be it for me to tell a show how to run. If they want to explore suicide, that’s fine, but they need to be careful and handle a situation this delicate seriously. I’m interested to see where they are going to go form here, and if next week’s clips are any indication, it’s going to get heated. But here’s why I have a problem with the direction Jones’s character took: there were no signs. Maybe that’s the point – that you don’t recognize that someone is struggling until they’re gone, but this feels unnatural for her character. Jones was brought in as the tough girl trying to fit in with the guys. She could take the heat, she could keep up, and she even made grown men uncomfortable with her phallic-shaped congratulatory cakes. Her father didn’t want her to be a firefighter. It was assumed it because she was a woman, and he didn’t think she could do it, but we learned this week that when she was ten, she was in a car accident with her mother, whom did not survive. Now that’s all her father can think of when he sees her. Theoretically, this could be sweet as he just wants to protect her, but it was hard to be a constant reminder of her own fragility and her mother’s death. Placing this scene right before her writing her suicide note made it seem like that was the only reason for her wanting to take her own life. They set her up to be this woman that was going to prove to all the macho firefighters that she was just as tough as they were, so to end her storyline this way feels like a betrayal to her character. Let me be clear here: I’m not upset that the show is exploring the socially taboo issue of suicide, I’m upset that they are using it on (1) a character whose storyline was taking the show in a different direction and (2) using it without provocation. By having another character attempt suicide either in the episode and having Severide ask him, “Always seems like a good idea until your feet leave the ground, huh?” the show is making it seem like her decision was more important than his. Casey told him people usually plan this decision and perhaps leave a note. Does Jones leaving a note make her decision any more valid? No. Simply, no. No one gets to make that decision for you and no one’s reasoning is anymore valid than anyone else’s. I liked where they were taking Jones’ storyline and feel as though the show doesn’t know where it stands on suicide yet. They trivialize one character’s reasons and push for another’s. It seems like drama for the sake of drama, and until I get answers and feel that this decision was where the character was headed all along, I won’t be happy.