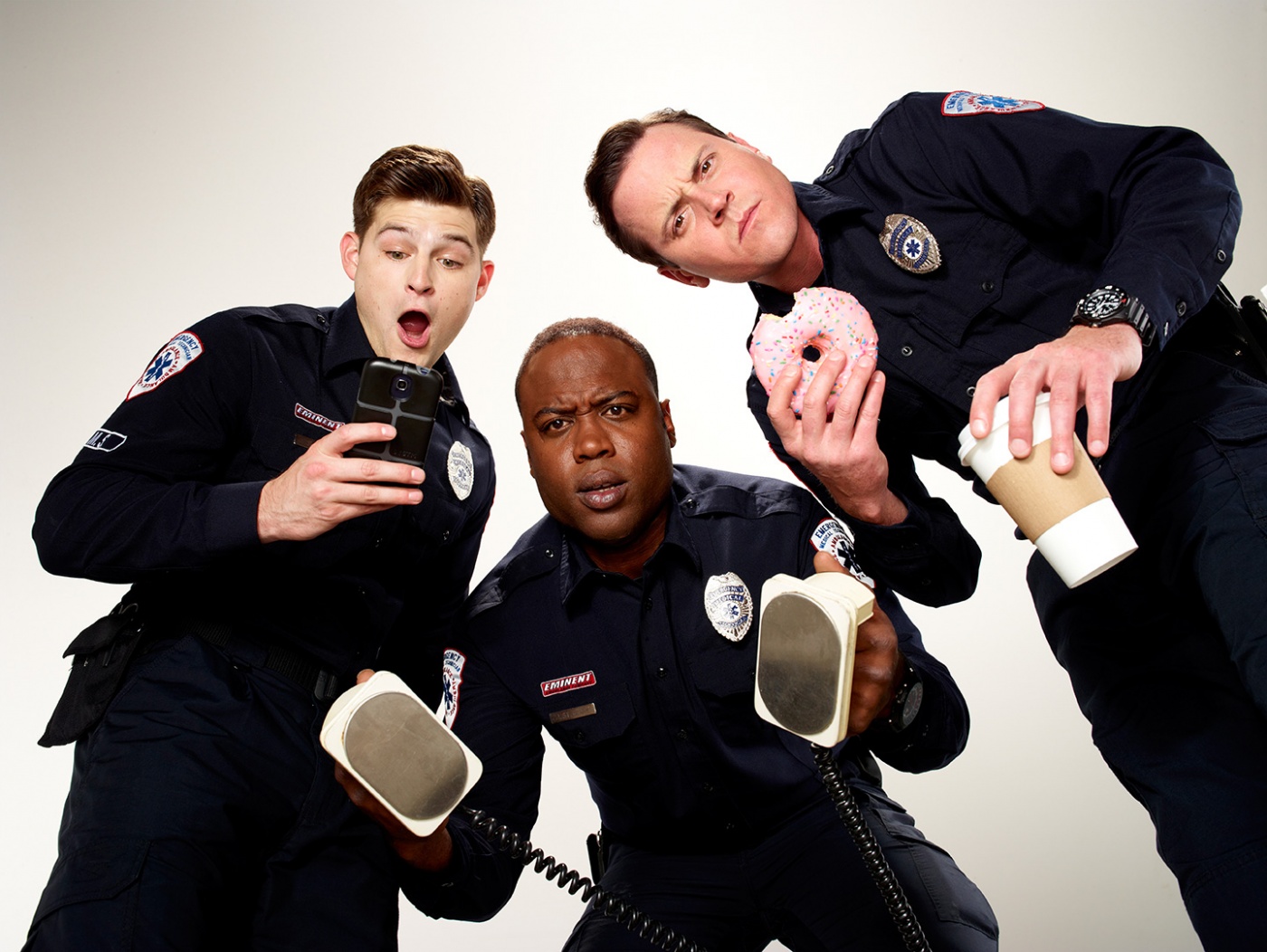 A lot of people think the entire USA lineup is something of a whitewash- likeable but not all that memorable, easy to follow, inoffensive in every way- but I actually really like a number of their shows. From the hyper verbal boys in suits on Suits to the beachy cool kids who fight crime at Graceland , USA is the home of a bunch of characters definitely worth rooting for (not the least of whom are Shawn and Gus, the Psych duo who will be leaving us forever at the end of the month). But USA’s new halfhour comedy Sirens is just blegh. It’s not all that funny or all that interesting or all that charming. It’s not even that comforting level of sort-of funny, sort-of interesting, sort-of charming that makes network sitcoms worth watching. It’s just whatever. And it certainly doesn’t have the hyper-addictive factor that marks all great USA shows. Hell, I didn’t even tune in for the second episode on premiere night. I wanted out after about 6 minutes of sheer boredom.

I’m pretty sure the world doesn’t need a comedy about EMTs. We’ve already got a really decent one about cops, a wildly underrated one about the army, and plenty about doctors (though I suppose since the end of Scrubs only The Mindy Project is really a sitcom about doctors). And we definitely don’t need another all-male buddy story, unless it’s really good. This is definitely not really good. The plots are tired, the jokes are recycled, and the cast has about as much chemistry as Sarah Jessica Parker and Josh Duhamel (does anybody else remember that time when a romcom paired SJP with Josh Duhamel? Same romcom paired up Jon Bon Jovi with Katherine Heigl. In retrospect, that might have been a film of great subversive comic genius). But possibly the worst thing about Sirens is how damn funny it thinks it is. With its weak-assed attempt at bro-ish gross-out humour and “look, we’ve got a black gay guy in the gang!” sense of forced hipness, Sirens is so self-satisfied that I stopped wanting it to be canceled because it’s bad and started wanting it to be canceled just to put it in its place. If you’re going to be derivative and mediocre, at least own it and cash your checks with a little humility.

Also, the presence of Michael Mosley just makes me sad about Pan Am all over again. Guys, why did Pan Am have to die so Sirens could live? WHY?!