Guys, Dolls, and My Mom

There are plenty of musicals with deep stories and complex scores that First Act Productions could have chosen for their March production. But Toronto’s had a pretty tough winter; what we needed was a little bit of Guys & Dolls- the most reliable crowd-pleasing musical ever written (playing now until March 22nd at the Papermill Theatre). From the first blaring trumpets of the Overture to the rousing final chorus, I dare you to not tap your toe. 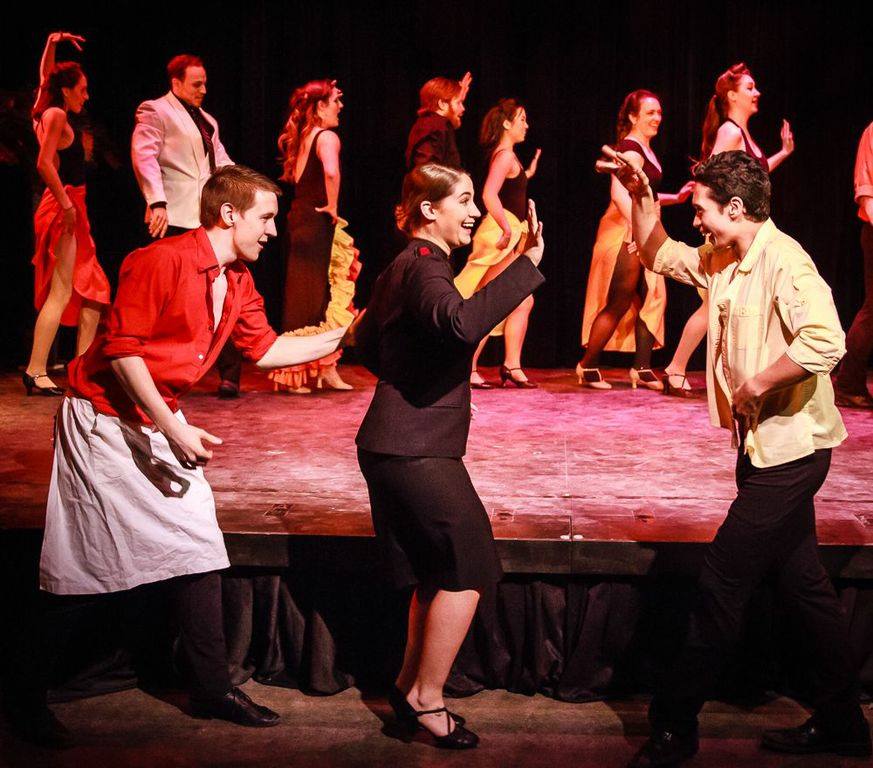 My mother- generally a very calm, collected woman- goes crazy for Guys & Dolls; it’s just about her favourite thing in the world. So, naturally, I brought her as my enthusiastic plus one to First Act’s production. She’s seen pretty much every kind of Guys & Dolls you can see, from small-town high schools to the Stratford Festival; she knows her Nicely-Nicelies from her Benny Southstreets and even knows quite a few of the words to the bafflingly fun opener “Fugue for Tinhorns”. My mom is a Guys & Dolls aficionado, and she has a new all-time favourite Sarah Brown in the form of First Act Artistic Director Nicole Strawbridge. She liked a lot of the other things too (Mayla Donachie’s strong-voiced and dramatically sound Miss Adelaide was a real winner, and she declared leading man Howard Davis “appropriately charming”) but it was Strawbridge’s clear soprano, soft-spoken strength, and gleeful drunkenness that really got her singing First Act’s praises (loudly, to the tune of “Sit Down You’re Rockin’ the Boat”, which the delightful Michael Yaneff had just delivered to exuberant applause). She also really wanted me to mention how much featured dancer Luke Opdahl stood out in the ensemble, because it’s important to acknowledge the accomplishments of everyone, not just the stars (thanks, mom). 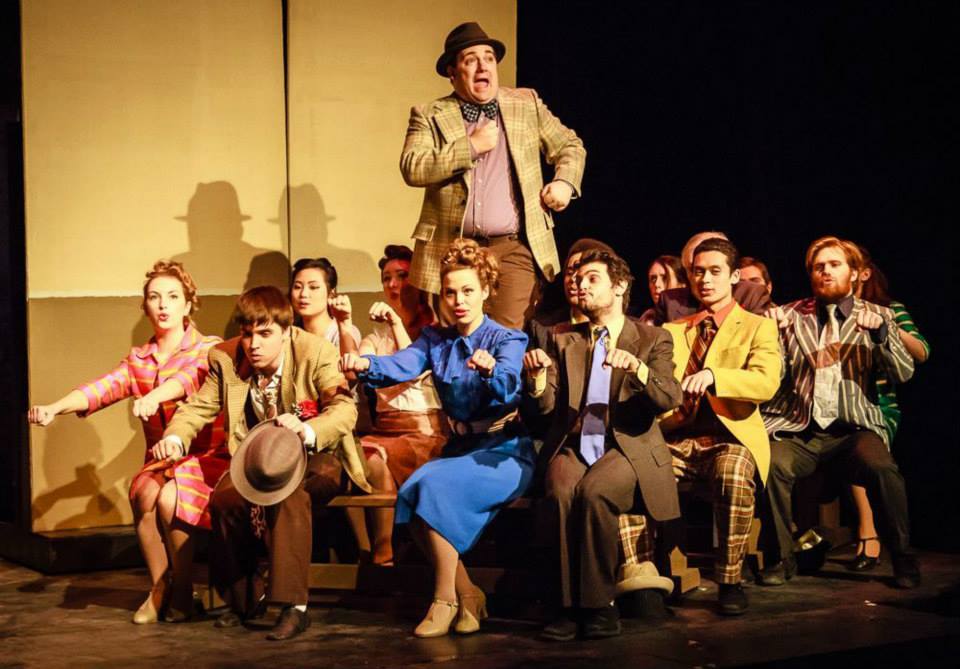 My mom wouldn’t want me to mention director Lorraine Kimsa’s infuriating blackout set-changes or the stilted acting that popped up between musical numbers, but somebody has to be the family buzzkill (if it helps, I too thought Luke Opdahl stood out in the ensemble! I also really liked Alexander Wierzbicki as Benny Southstreet and Ian Fitzgerald’s warm Arvide Abernathy, to name a few whom mom missed). While I take the time to criticize the mishaps in the orchestra, I’ll also acknowledge how skillfully music director Sam Moffatt negotiated not only the remarkably large pit band but also the excellent cast harmonies (though I definitely missed him on stage when it came to the leading male vocals). Similarly, my mother would never approve of my mentioning the many bungled dance steps if I didn’t also point out how refreshing it was to see choreographer Camille Dziewurski really challenge her dancers. This cast (especially the men) were not box-stepping their way around the score, Dziewurski made them Work and, other than the moments when they just couldn’t keep up with her demands, the challenge paid off in spades by elevating the sense of professional skill within the still relatively green cast.

Here’s to Mayla Donachie for playing her “Adelaide’s Lament” reprise with honest sorrow (way to raise the bar, Donachie), but there’s only one emotion relevant to any production of Guys & Dolls, including First Act Productions’ imperfectly charming one. Luckily for everyone involved, that emotion is unbridled joy. Just ask my mom; she’s literally requested that we play “Sit Down You’re Rockin’ the Boat” at her funeral.

“I dreamed last night, Mom got on the boat to heaven…” *cue awkward laughter*

A Rocky Return for Ken Gass
Teenagers Play Brilliantly With Fire
Seun Kuti: A Long Way to the Beginning