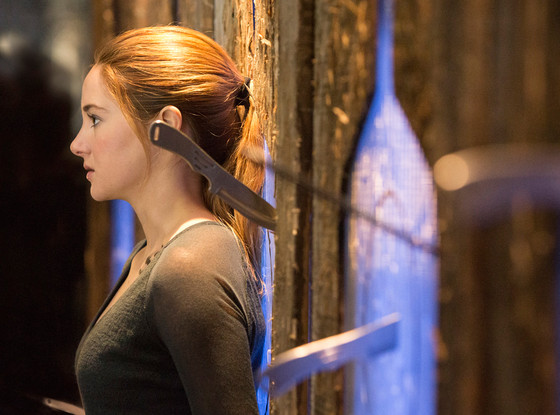 The incredible success of the Twilight series made room for The Hunger Games. Now, the incredible success of The Hunger Games has made room for Divergent. Lionsgate’s next big bet for a giant breakout success based on a trio of adventure novels primarily aimed towards young adults by Veronica Roth. The film was directed by Neil Burger and stars Shailene Woodley, Theo James, and even Kate Winslet. However, what Divergent does is really nothing out of the ordinary, despite its now ironic title.

Straight away from the first little introductory moments of the film, you feel as though you are being introduced into some weird Hunger Games spinoff; an post-apocalyptic/dystopian society is separated into several “factions” and all is well except that there is a catch. The catch is that there are some people who avoid categorization and are seen as a threat to society and these special people are known as Divergents. It just so happens that the protagonist, Tris, is a Divergent and so the drama ensures from there. If only the film itself could avoid obtuse categorization too and be considered a Divergent itself.

Relative to the film’s aim and intended audience, it really is not that bad. The film looks really good and Burger did a great job constructing a beautiful environment that has both sleek, futuristic labs and gritty, rugged bunkers. The overarching premise is somewhat believable and even the characters too you see as relatable. Divergent though is just so over-filled with clichés and typical scenarios that you have seen been played out over and over again. I do not like to make too many comparisons but it was very difficult to not constantly see The Hunger Games shadow large portions of this movie.

Woodley and James both put on good performances and add personal depth to their flatly written characters but there is not a whole lot of chemistry to be found. James has a seemingly permanent facial expression that makes him always look intimidating and especially during overly-romantic scenes that sort of expression does not really work. Despite its kinks, the story does draw you in even if you have not previously read the series (as I had not) and you do grow to care about Woodley’s character but little else.

Unfortunately but what appears to be necessary, Divergent is pretty much a film that is used to set up what is to happen in the next two films which some may like while others may grow restless and find the pin-pointing and blueprinting tedious. There are certainly highlights such as the aesthetic details and certain motifs such as the unconscious, psychoanalytic exploring, and the soundtrack too is well composed and offers many original songs by artists such as M83, but for the most part, Divergent seems to be recycling and throwing on a new skin to many themes and plot points as previous series adaptions have already used. Although, if you are a fan of books or enjoy a nice, simple adventure romp filled with romance and dystopian angst, then Divergent is definitely not your worst bet.