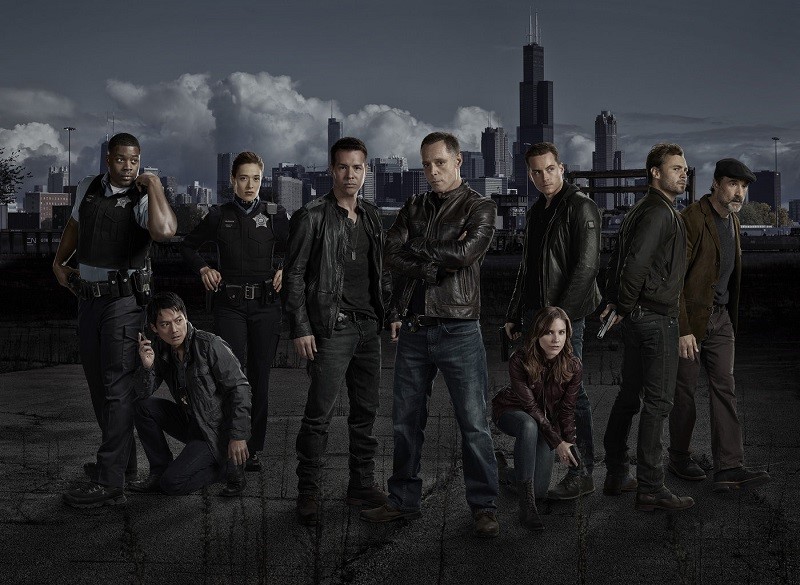 Recently, my media professor said that we were in the “Age of television.” He said the 70’s had the movies, the 90’s had hip-hop and we have TV. Then he said that Friends was the worst television show ever and that’s what I tuned out and don’t know what happened in the rest of the lecture. Despite his horrible taste in sitcoms, he isn’t alone in his belief that television has only gotten better. I, however, don’t believe that it’s so much gotten better, as bolder. We’ve replaced superheroes with antiheros and no longer want recues but horrors. If a show is billed as a drama and I don’t audibly gasp or worry about the fate of my favourite character at least once in the episode, than the show has not succeeded. In the first four episodes of Chicago PD it’s safe to say the show has succeeded. It’s got the antihero I’m conflicted about liking, the shock value I only otherwise get from touching a doorknob after walking on carpet, and the good looking characters I intend to sob deeply for in upcoming episodes.

In the pilot, we are reintroduced to four police characters we’ve already met (Hank Voight, Antonio Dawson, Jay Halstead, and Erin Lindsay), and more new ones than I can remember. Never have I seen a spin-off get a pick up during the second season of its original show, and never have I seen four characters I already know headline the hour. The focus is usually on one supporting character that jumps ship to headline their own series. Giving the spin-off to more than one known character and having it placed in the same city as the original is means for crossover city. And crossover they have, and will, and need to settle down on. I’m glad to see my favourite characters on TV, but let’s try to remember they are different shows. I don’t tune in on Wednesday night to see Chicago Fire But With More Cops. It seems less like two different shows, and more like one really long show with a slightly shifted focus on characters between the hours. The story lines are constantly interweaving, and as much as I like having Sophia Bush on my TV again, she should learn to look comfortable holding a gun before I see her twice a week trying to play a badass cop.

Here are the bare bones of what we’ve seen so far:

Episode One “Stepping Stone”
In the pilot, we are introduced to District 21’s Intelligence Unit, led by a cop so crooked he’s sideways (joke by Kevin). Sergeant Hank Voight is the leader of a group of hard-ass misfits, who don’t always play by the rules. We are introduced to a cop named Jules who looks like she knows what she’s doing until she’s shot in the neck on a routine investigation for drug cartel leader Puipo. There’s enough beheadings to make Game of Thrones producers raise an eyebrow. The rest of the episode lies on getting revenge for Jules’ sake. The Intelligence team catches Puipo only to end the episode off with the kidnapping of Detective Dawson’s son, Diego.

Episode Two “Wrong Side of the Bars”
In the second episode, Dawson finds out about his son, Diego, has been taken and the team rallies around finding him. Turns out, the kidnappers want to propose a trade, Puipo for Diego. Since Puipo is too high profile to the police to even consider the trade, Voight suggests that perhaps Antonio could take a more immediate approach to finding his son in the form of spooning out the eyeballs of a gang member for information. When Antonio takes the decent way out, the unit finds another way to find the kidnapper. Detective Lindsay follows the kidnapper and Diego on a bus out of town and convinces the driver to fake engine trouble to stall the journey. After screwing up with the earlier gang member, Officer Adam Ruzek saves the day by crashing the replacement bus into the original bus, effectively disarming the kidnapper.

Episode Three “Chin Check”
After a house raid, Ruzek fires his gun and kills a man, and then spends the rest of the episode trying to figure out how to tell his fiancé that being pulled out of the academy to do paperwork may not have been the whole truth. Or any of it. Basically, he’s just a big, fat liar. Detective Halstead shows us that he’s catching on to Voight’s teaching by getting drunk and threatening a man and his father, who already have a retraining order out on him. But restraining orders don’t matter when you’ve got a badge and an attitude.

Episode Four “Now Is Always Temporary”
In the most recent episode we learn more about Detective Olinsky’s family life: separated from his wife but living in the garage to be close to his daughter. His daughter turns out to have horrible taste in boys and hides her boyfriend’s marijuana in her locker only to be caught and suspended from school. Olinsky wouldn’t be a good cop if he didn’t already know the weed was the boyfriend’s and he wouldn’t be on Voight’s team if he didn’t threaten the boy into giving him a confession. We also get a little more insight in Linday’s past when she gives a young prostitute a choice between the dealer on the one corner, and the addiction clinic on the other. With her sketchy past, this can only mean someone (probably Voight) gave her a choice like this one in the past.

Overall, the show is off to a great start. It’s smart, it’s well written, and it’s got good looking actors, really just a trifecta of worthy television. I’ll need a little more convincing on Sophia Bush’s part that she can transition from Brooke Davis to Erin Lindsay and make me believe it, but damn if that girl can’t promote her own show. At the very least, with her marketing skills, the show will stick around long enough for her to prove it.

Episode Five “Thirty Balloons”
Episode five saw CPD take a the bold factor and up in ten fold. The intelligence unit goes after two brothers who convince college girls to swallow occasion condom balloons in order to smuggle them into the country. After chasing the younger Collins brother across Chicago, they lead him to get T-boned by a truck. His head ends up through his windshield, and a buckle up for safety commercial likely followed. Olinsky and Ruzek find the remaining girls in a tattoo shop getting back alley surgery. After Ruzek’s continued brash action, Olinsky finally snaps and tells him to go get married before they get them both killed. Atwater and Burgess spend the day in a new patrol car, but after a run of bad luck, a takedown of the eldest Collins brother, and a potential job offer from Voight, they return the cruiser in a not so new fashion.