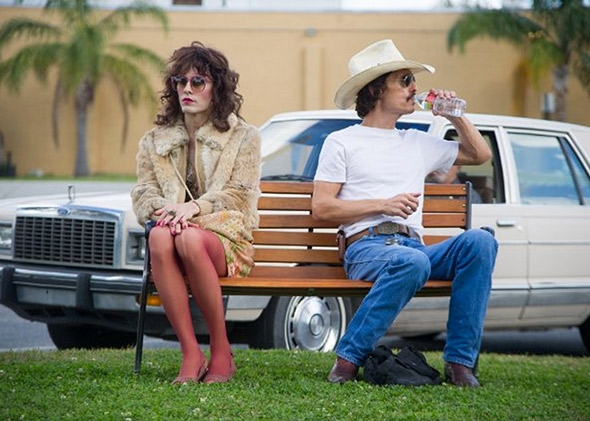 “Let me give y’all a little news flash,” begins Ron Woodroof, after being diagnosed with HIV. “There ain’t nothin’ out there can kill Ron Woodroof in thirty days.” Matthew McConaughey portrays the part-time electrician and full-time hustler, forced into the mainly homosexual muster of AIDS patients in 1981 Dallas, Texas.

Nominated for Best Performance by an Actor in a Leading Role, McConaughey has just recently become a credible, powerhouse performer, as if he has just discovered the acting gene or possibly traded his soul with the devil. In the last two years alone, the 44-year-old actor has stolen the screen in The Paperboy, Mud, The Wolf of Wall Street, HBO’s True Detective and will soon star in Christopher Nolan’s Interstellar.

Since breaking his stereotype as the rom-com beach-bod, McConaughey’s new role required for him to lose fifty pounds in order to portray the AIDs-detected Texan (that strongly resembled Christian Bale’s skeleton-like transformations in The Fighter and The Machinist). In addition to the lead, Jared Leto (Fight Club, Requiem for a Dream) also earns an Oscar nod for Best Performance by an Actor in a Supporting Role, for his unrecognizable portrayal as transgender prostitute, Rayon.

In an interview with the Monmouth Daily Review Atlas, Leto claims he never broke character on set. “It was part of the process,” admits Leto. “There were so many characteristics, so many attributes that were so far away from where I live in my daily life. Even if you just talk about the voices and the mannerisms, every time the camera cut, I couldn’t just drop all that, and then every time they said action, pick it back up and remember everything. So I just chose to be there.”

In addition to the unforgettable performances, the story remains to be the most remarkable aspect to the film, making it a likely candidate to win Best Picture. While the fight against the disease is the foundation of the film, the fight against the FDA changes the dynamics of the homophobic cowboy, requiring him to not only fight for his life, but to fight for those around him, despite their many differences.