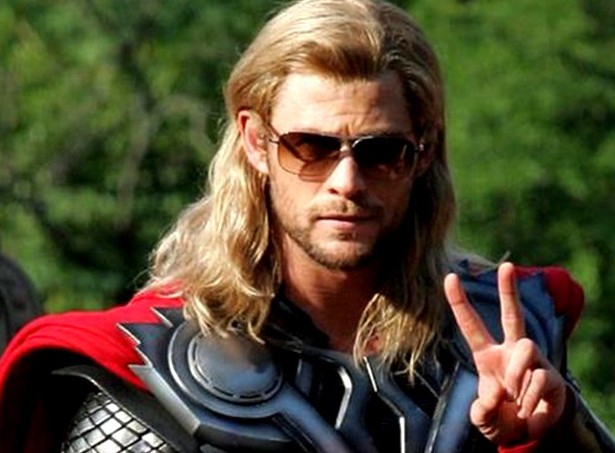 A while ago, while watching Agents of S.H.I.E.L.D., I found myself seriously wondering if I was over superheroes. It’s blasphemy, I know. But I just felt like their stories had lost the ability to really entertain me. And I wonder if the whole Marvel thing – the ambitious, multi-picture, world-spanning insanity of it – was really a worthwhile endeavour, or if it cheapened every individual component because it was part of a whole.

And then I watched Thor 2, which makes perfect use of being one piece of a larger whole without ever losing its own unique identity. Thor 2 does not by any stretch of the imagination redefine what a superhero movie is, but it succeeds the same way the first installment succeeded: by understanding what exactly makes Thor’s story interesting and different than the other Marvel Avengers.

Thor is not a damaged, wealthy play boy. He’s not an American patriot. He’s not a… Hulk. He’s a lonely, noble God with arrogance and swagger and Asgardian lust for battle and mead. Kenneth Branagh’s first go-round with the character doubled down on that, defining the Shakesperean heft that defines Thor and creating a beautiful villainous archetype in scorned brother Loki. And the casting gods struck pay dirt when they dug up Chris Hemsworth and Tom Hiddleston from relative obscurity and allowed them to both take their best qualities and loom large over the screen.

I was worried, however, that a second Thor installment would lose the humor and politicking of the original in favor of Asgardian landscapes and battle royales. I shouldn’t have worried.  If anything Thor 2 is funnier than the original, more adept at mixing in moments like this one. It’s even more aware of Chris Hemsworth’s complete genetic cheating, which makes  him so adept at wringing comedy and nobility out of the same statement.

My other biggest fear was that, in doubling down on Loki, the sequel would ruin the character and its own plot. While bad guys will never be the strength of any Marvel movie, and I’ll talk a little about the trivial plot in Thor 2, they actually showed remarkable restraint in breaking out the Hiddle-bomb. Although Loki helps create the spine of the film, it maintains his character and allows Hiddleston the room to bring nuance rather than just bombast.

And my last fear was the return of Natalie Portman, and her and Thors’ love story. While I may never buy Natalie Portman as a nerdy scientist, I do love her and Chris Hemsworth’s awe-schucks chemistry which reduces Portman to the role of swooning school girl more often than legitimate love interest. This is the part of the movie that really should have fell flat, but instead it maintains the same light hearted fun as the rest of it.

Now Thor is not a perfect movie. The villains are inessential (although occasionally scary) and the movie lacks the thematic heft the elevates the best of the genre. And occasionally the movie goes for the cheap undercutting joke when it should have gone for the emotional kill spot. But in a universe where special effects are cheap and The Dark Knight made “dark” storytelling the norm, I love the unabashedly old school frothy-ness of Thor.

For people who liked the first Thor (or for people who, like me, saw it four times in theaters and couldn’t stop giggling), Thor 2 is the perfect follow up. For people who didn’t – I hope it didn’t hurt too bad when the doctor’s removed your sense of fun.