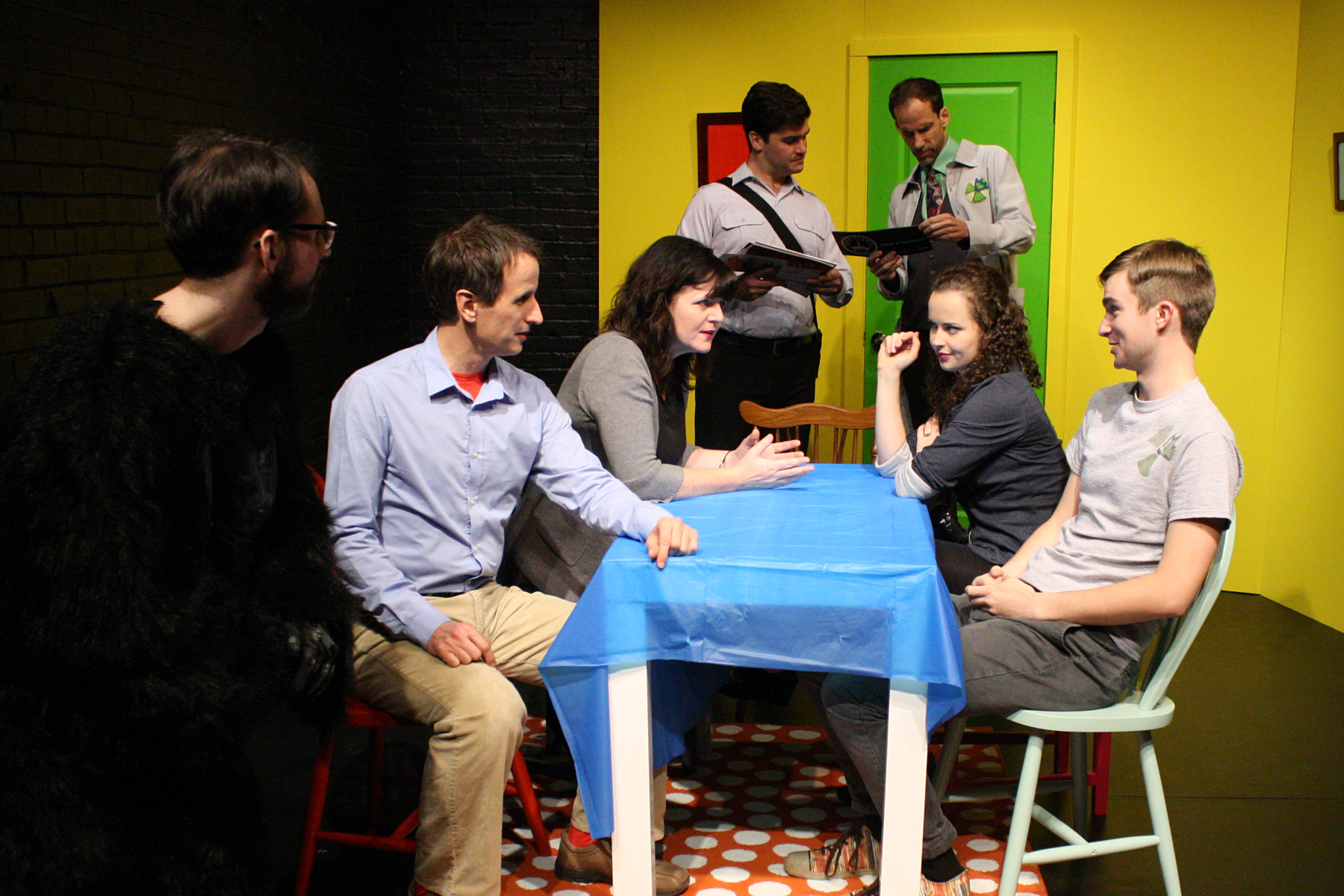 Let’s start with the good news- within DJ Sylvis’ long-awaited new play The Nefarious Bed & Breakfast there lies a founding idea that is incredibly strong. What happens when a super villain wants out? Say he just wants to settle down, run a quaint little establishment with a focus on customer service. Will the so-called heroes ever give him his chance at redemption or is there no amount of hospitality that can overcome the memory of villainy? Somewhere deep in the middle of the surprisingly long Nefarious B&B, Jeff Orchard as Dr. Notto Nefarious delivers a speech wondering those very things. It’s a beautiful monologue- sweet and sad, intellectually intriguing, and delivered with self-aware melancholy from Orchard in the best moment of his generally winning performance as the titular small business owner.

What’s hard to understand is how a moment like that- one that shows off a playwright at his most insightful, an actor at his most sensitive, a director at his most nuanced- can be so thoroughly buried. Sylvis, in conjunction with his fellow Monkeymen who make up the cast and creative team, throws so much broad, gimmicky silliness on top of the point that The Nefarious B&B seems to be so much less than it should be. Instead of a heartfelt rumination, it’s a soapy twist-filled parody of super-nemeses. Mr. Mister, a washed-up wannabe big shot superhero, isn’t a cautionary tale of hubris and self-deceit so much as he’s a purposefully annoying character the audience desperately tries to tune out. His wife, the horrifically named Ms. Try (pronounced “miss-tree”, get it?), has nothing to do but point out how annoying her husband is. There’s an American spy, for some reason, a Canada Post employee whom the program describes as “definitely nothing else” (a joke I was sure would turn out to be true since that’s the only way it would be at all funny), and a henchman-turned-bellboy named Half-Ape (Tim Nussey) who is literally half ape and is actually the second most compelling character after Orchard’s Dr. Nefarious (Half-Ape, it should be pointed out, speaks exclusively in grunts). Dr. Nefarious’ mysterious wife Margot is played amusingly by Clare Blackwood in a voice-only performance that would have been a lot more effective if the sound system at the Theatre Passe Muraille backspace had been able to achieve voice-of-god eeriness with any kind of consistency.

Monkeyman Productions often struggles attracting the kind of acting talent it needs and, Orchard aside, that’s again the case here. There’s a lot of awkward timing, a lot of dropped jokes, a lot of reading lines as though reading them for the first time. But sometimes that’s the way the cookie crumbles with small companies, there’s not a lot a director or a writer can do to pick up a struggling actor. But what they can do is work together (with the set and lighting designers) to find a creative alternative to blackout set changes, keep the pacing up, highlight a text’s strengths and minimize the effect of small-company troubles (bad actors, tricky spaces, unreliable tech, low budgets, small houses- you name it). Linn Oyen Farley’s design is functional and straightforward but leans oddly more towards cartoon than kitsch when kitsch would have been funnier. The lovely and naturally leadership-y Martin Chodorek is one of indie Toronto’s best theatrical figureheads (Note: Monkeyman no longer has an official Artistic Director, which is insane because the lovely and naturally leadership-y Martin Chodorek is one of indie Toronto’s best theatrical figureheads) but the stage director’s chair is not quite as natural a fit for him. It’s as though the company got hold of a great idea then every individual contributor went slightly off track with it, each in a different direction. The result is a sort of bittersweet production that could so easily have been so good but just isn’t.