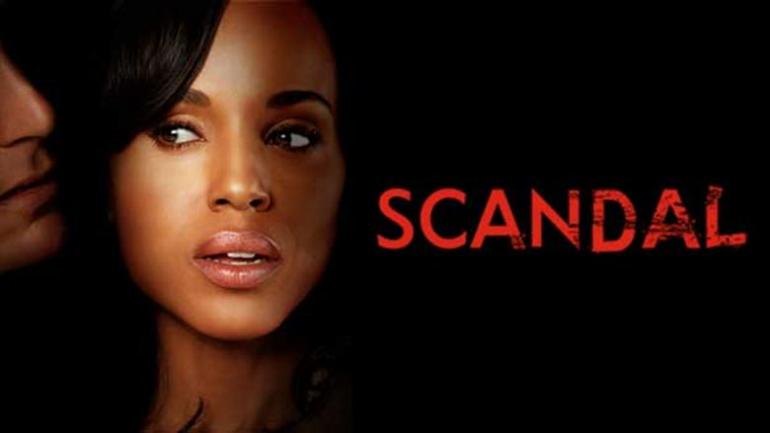 When I learned that no one on the My Entertainment World staff was offering periodical write ups on the intrigue and messiness that is ABC’s Scandal, I thought, “well this is a travesty. Time put on the white hat and save the day.” And yes, that’s exactly the level of wit you can expect from my examination.

And then I immediately marathoned the three episodes of the show that I hadn’t yet caught up on, basking in the rosy glow of Scott Foley’s dreamy-as-hell eyes, screaming at Fitz, basking in adoration of Mellie, and wondering if my girl crush on Kerry Washington could withstand one more lip quiver – and I realized why no one was writing about Scandal. This is not an easy show to write about. The plots, when spelled out, sound ridiculous. My reaction to most episodes is normally expletive-laden and/or fan-girly. And I sincerely believe that the show’s central romance is a toxic black hole from which the characters may never recover.

I could write about Scandal’s value culturally (black woman, not defined by her race. Gay characters, not defined by their sexuality. But still dealing with all of these issues in an honest and intriguing way), but that is to completely short-change the actual experience of watching Scandal. It is a roller coaster of emotion and intrigue- carrying me quickly down a rabbit hole of plot machinations and character beats. Olivia Pope (Washington) stands at the center of a maelstrom of selfishness and deceit, without ever losing audience sympathy. And President Fitzgerald Grant may well be the worst person on the show – naïve, despite having no right to be, manipulative, and cold – while also continuing to be a fascinating presence both for his own, dark storyline and for his strange, horrible relationship with Olivia.

But the number one argument I have against people who claim that this show is just a prime time soap with a pretty central romance is Mellie. She is my personal favorite character and the number one thing that defines this show as a Shonda Rhimes show. It’s also, as I am contractually obligated to point out, the number one thing that makes this show a feminist show. In the first season, Mellie was a weak, clawing, scorned woman trying to dig her way out of Fitz’s affair. But slowly, and with careful character work by both the writers and Bellamy Young, Mellie has transformed into the most nuanced, fascinating, and unpredictable character on a show filled with fascinating, nuanced, and unpredictable characters. Last week’s drunken celebration after Olivia survived a suicide bombing was probably a show high point, and one of the finest pieces of acting I’ve ever seen.

If I’m not getting into a lot of plot – not guessing at the truth of Project Remmington, or how Fitz already knows Olivia’s dad, or whether James and Cyrus’s baby will ever make another appearance – it’s not because the show has lost its flair for the dramatic. But on a show this jam packed with secrets and lies, unpacking them all tends to take the piss out of it.

All last season, critical consensus around Scandal was that it was the best show nobody was watching – a show that completely exceeded the standards set by Shonda’s previous television output, and managed to defy expectations on such a frothy night time soap. After a summer of everyone’s friends’ breathlessly finishing the first two seasons on Netflix, it seems like everyone’s ready to decry season three as a drop in quality. Who knows, maybe that’s coming. Maybe by next episode I will be screaming for Olivia to STOP ANSWERING FITZ’S CALLS ALREADY. Maybe by next episode I will be done with Huck-as-killing-addict. Maybe there wont be a great payoff to all this secret military mission mumbojumbo. But as of now, I am fully invested in this series and convinced that thye know what thye’re doing, even as they strand Olivia in the much of her own poor life decisions.

Still, I hope poor Harrison gets more to do.