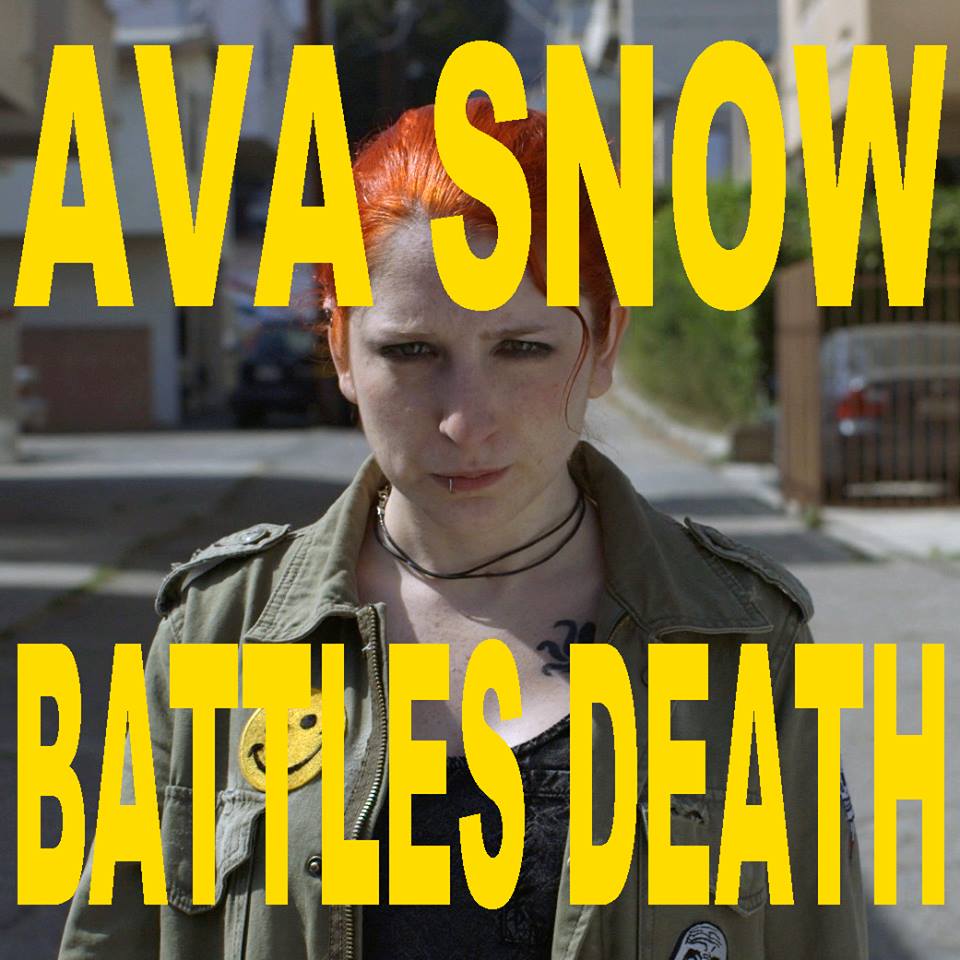 It’s always awesome when you stumble upon something cool made by people who just really like the same nerdy shit you do. Such is the case with Ava Snow Battles Death, a new webseries that just launched.

From the minds of Arielle Davidsohn and Zack Drisko, two self proclaimed nerds toiling it out in the doldrums of Los Angeles, the series follows Ava, a badass knife thrower with a dark past. It tells the story of, as the website puts it, “girl meets boy, girl likes boy, boy gets possessed by the overlords of death.” The pair describe the overall series as a sci-fi, romantic, horror comedy about a chain-smoking, knife throwing badass.

That’s all well and good, but as MyEntertainmentWorld’s resident raging feminist, I was also excited to see a series with such a unique female protagonist. Why is Ava such an empowering female figure? She is authentic and gritty and complicated and angry. She has a female best friend who she seems to legitimately enjoy. In short, she’s a woman… who happens to also fight the overlords of death.

Right now, the team has produced a trailer and a few key scenes (including a really intense fight scene), all of which can be checked out on their website. They’re in the midst of raising funds via KickStarter, bringing the whole shebang straight to the fans who could get the most out of it and giving them a chance to be a part of the crew (check that out, along with additional behind the scenes footage, HERE).

The trailer feels almost too short – by the end I was excited to see more of what was going on between Ava and the “boy” described in the logline. It shows hints of a Buffy-esque wit, as well as some pretty kickass action beats, and I’m excited to see it flesh out the relationships between the characters and get more chances to be funny.

Definitely something to keep on the radar moving forward! The action scenes are awesome, and the creators clearly have a really unique voice.  This is the type of entertainment kickstarter was created for, a true fan labor of love and talent that could grow into something really fucking awesome.