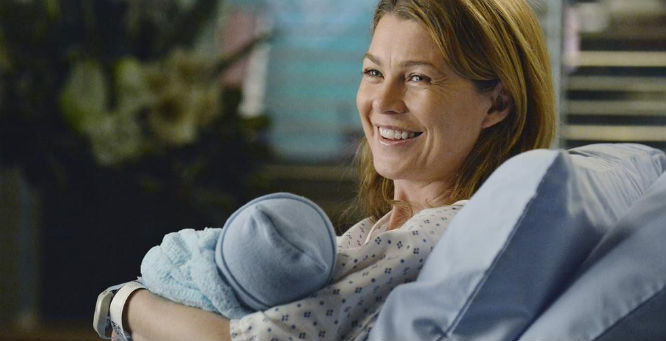 There are times when I watch Grey’s Anatomy and wonder if the writers know how dramatic they are being. I would assume so, since they are writing a drama, but their premieres and finales are consistently bordering on soap opera status. The season ten premiere is no different. When they begin the episode, not only are we are still dealing with the effects of the super storm, but now there are also mudslides, first responder traumas, cheating scandals, and possible deaths. By the episode’s end, the only problem truly resolved is that the possible deaths become one certain death (and of the only tolerable newbie no less!)

The premiere is obviously chaotic, not only for the doctors, but for us too. And a lot of things seem like lazy writing and easy outs. Here is a list of things that happened in the two episode premiere that should not have been brushed over so quickly:

Dr. Boswell (Hilarie Burton) was put in a cab. Okay, cool, but let’s remember that a mudslide just happened, and a bus just turned over, and last I checked she said she was staying because it was “all hands on deck” and oh yeah that was repeated multiple times in the first ten minutes so why would anybody think it was a good idea to put a perfectly capable doctor in a cab and send her on her merry way?

“Who’s Dr. Boswell?”
“The woman Arizona had sex with last night.”
After this way-harsh scene, there is no mention of her name again. She is not a person, but a concept, a model of the fact that Arizona is “a big slut” (her words, to be fair). This is a less explained exit than Dr. Hahn’s mystery goodbye.

Spoiler alert, Dr. Heather Brooks (Tina Majorino) dies. I knew this was coming because she has her own show now (okay, I really thought Heather was the long-haired one, that’s how little I care for these new kids). Before her death she gets paged a special “912” (bigger than a 911, guys) from Dr. Shepherd and runs to aide only to be stopped by Dr. Shane Ross (Gaius Charles) and told to look for Webber, which she questions but obliges anyway. I find it hard to believe that anyone that shares a special code with McDreamy would think something more important than a 911 would be “find Dr. Webber,” especially since it came from someone who has been so obviously envious of her for the last season. Girl’s naïve, but she’s not stupid.

April spills her love to Jackson in the finale, only to be rejected in the premiere and still ends up with a hot guy. Even though that hot guy knows she has feelings for Jackson. I can just feel a dramatic, love-lorn break-up on the horizon.

Meredith finally considers Richard family. I know this is supposed to be a sentimental moment but I really think this was just the hormones and her explanation as to why she gets to make his next-of-kin decisions because she has been hating on the idea of Richard as her father since before we even knew who she was.

Doctors are having all of the sex. Seriously, in the two hours, Owen and Christina (who just broke up) had sex twice. Jo and Alex thought about it twice. If Meredith didn’t just have a baby, she totally would have. It’s as though they forget there are mass casualties out there.

Firefighters with severe injuries get to keep going back for people. How is there not some doctors orders or at the very least paperwork they need to sign before they leave the hospital against medical advice? Just a “We’re cool? Okay I’m going to put some more peoples’ lives in danger because I am not physically fit to help them right now,” and they’re on their way.

There was too much happening in the premiere. There was no gut-punch feeling that I usually get when someone like the chief of the fire department dies and his wife cries over him. Or a doctor dies and is pathetically mourned by her colleagues. More time needed to be dedicated to fewer things. It wasn’t a terrible episode, but it definitely wasn’t shooter-in-the-hospital good.