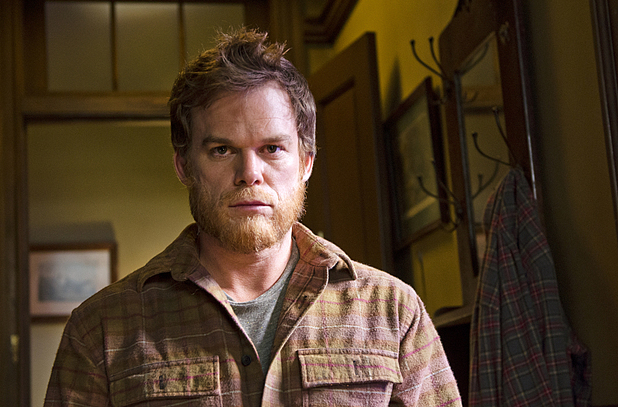 Over the past few episodes, Dexter fans have been forced to ride a range of emotions. While a roller coaster of heart-pumping reactions are expected from a series finale, the problem with Dexter’s final season is that most of the emotions are from lacking plot points and cringing storylines.

“Remember the Monsters?” premiered on September 22 as the final episode of Showtime’s eight-season series, Dexter. The individual episode currently sits on IMDB rating system at a 6.0, while the series itself rests high at an 8.9, to give you an idea of fan’s reactions to the series finale.

It would appear that the final episode was reviewed so poorly because it didn’t exactly fit with the final season. In an interview with Entertainment Weekly, producer Scott Buck (Six Feet Under, Dexter) defended the final episode: “The kernel idea were the last few scenes. They were what I pitched a few years ago. The main idea was Dexter is forced to kill Debra. And there are many ways that could happen. But those final scenes were pretty much unchanged.”

Watching the episode on it’s own, there were certainly parts that were remarkable and satisfying for lifelong fans. Particularly seeing Dexter murder Saxon on camera in the police station, which lead to Quinn and Batista seeing a glimpse of Dexter’s true nature—Quinn seeing something he somewhat knew and Batista being startled at something he had never truly considered.

Scott Buck certainly delivered his initial pitch as promised. The problem is that the journey didn’t seem as satisfying as the ending could have been, which makes the entire trip less substantial for viewers who watch each week.

In the past few episodes, it seemed that Dexter had almost given up his need to kill. While he did murder Saxon with a pen and even killed Deb by taking her off of life support, these were murders from revenge and sympathy, rather than from an internal need from his Dark Passenger.

In response to Dexter leaving Harry’s guidance, Buck comments, “We very purposely had Dex say goodbye to Harry in previous episode and made a conscious decision to do very little voiceover, particularly in those final scenes. I didn’t want any voiceover to explain things. I didn’t even want any music… That moment is Harry realizing he’s no longer needed.”

Producer Sarah Colleton (Hannibal, Dexter) adds, “From the very beginning, the paradox was: here’s a guy who doesn’t feel he’s a human being—who has to fake it. But in faking it, he’s a better brother, boyfriend, [or] colleague than most real people. People think of him as a monster, but he yearns to be human.”

Her statement is most supported with Dexter’s final voiceover as he leaves his apartment in his well-known killer outfit: “For so long all I wanted was to feel like other people… now that I do, I just want it to stop…”

Colleton adds, “It’s the horrible awareness of what it was to be a human being and how overwhelming that is for him. His punishment is banishment. He sends himself into exile. Killing himself is too easy. When he turns and looks into the camera at the end, he’s stripped everything away.”

Perhaps the most bothersome dilemma is that because he left his Dark Passenger behind, it’s difficult to know what will happen next for Dexter Morgan. Since he left his son with Hannah McKay and faked his own death, it would appear that he could do whatever he wants, but without seeing more than a glimpse (he accepted a blue collar job and grew a beard), viewers are left to ponder whether this new version of Dexter Morgan is docile or hostile.

DVD Update:
The final season of Dexter landed on DVD with a thud not dissimilar to that of its finale. A decent “Cop to Killer” featurette and a handful of mildly interesting behind-the-scenes glimpses pair with shameless (but not Shameless) promotion of other Showtime series (seriously, like all of them except for Shameless) to leave a less-than-lasting impression on the sort of die-hard fans who are going to spring for the final season on DVD over one of the flashy full-series sets (or nothing). The poorly reviewed season isn’t likely to be a big seller beyond fans who’ve been collecting the DVDs for 7 years already and just need the last piece of their collection, and those are the sort of fans who deserve a whole host of audio commentaries and cast interviews and deleted scenes and inside-the-writers-room scoop. Almost none of that can be found here.