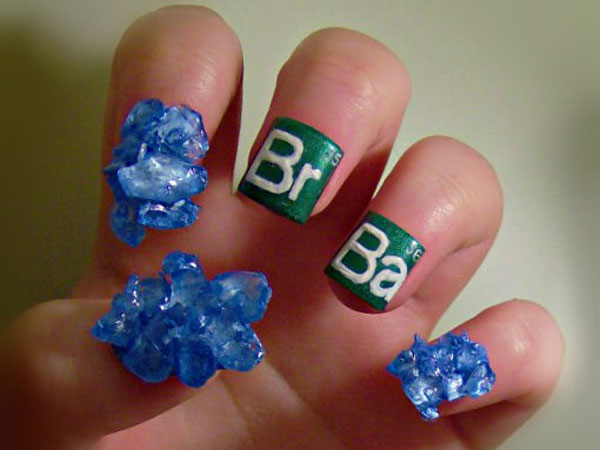 Congratulations, friends! It’s official: you guys have made it impossible for me to watch Breaking Bad.

In fact, I can now, semi-officially, say that I might HATE Breaking Bad, admitting entirely that I have only watched the first two episodes and will probably love it when/if I ever actually watch it. But right now, I HATE it.

I’m a big fan of fandom (ha!). I stood outside Barnes and Noble for five straight books, saw The Dark Knight Rises at midnight, and have a tattoo of Joss Whedon’s face on my ass*. I totally get the impulse to give yourself over to mind-blowing, smart entertainment. And I’m so pumped that Breaking Bad is that! GOD it’s great to live in this modern world with all our entertainment options, where networks like AMC get to pump out thought-provoking, intricate entertainment like nothing ever seen before.

I don’t even mind that you keep cancelling plans in order to watch it. Talking to me on a Sunday during Game of Thrones’ season is pretty much a fool’s errand – even in an era of DVR and TV-on-my-google-glass, there’s absolutely nothing to beat watching your favorite show in the company of friends who love it (plus you can beat the rush of your asshole friends to spoil it for you on facebook). I UNDERSTAND devotion.  I like devotion. I am devoted to devotion.

But there’s a particular superiority to Breaking Bad fandom that is starting to make my normally placid exterior crumble a bit**. Even if it is every bit the mind-blowing, genre-changing, character-defining bad assery that its most ardent fans maintain (MAYBE IT IS! Cooking meth is cool!), it still doesn’t explode television. It doesn’t turn all previous shows into big piles of crap. And it doesn’t make everything else on TV pale in comparison. There’s great television going on right now – great, flawed, and varied, telling all sorts of stories all sorts of ways. We’ve seen a resurgence in female protagonists, we’ve started to see more varied portrayals of gays and lesbians, and we also live in an era where Game of Thrones, Mad Men, Orange is the New Black, House of Cards, Parks and Recreation, New Girl, and thousands of other shows I DON’T watch are all on the air and kicking ass regularly.

There’s no need to tell people that Breaking Bad has “ruined all other television for you.” Or to say that the singular, dark, masculine story of Walter White is the only tale worth telling. There’s lots of stuff out there!  That doesn’t make me want to watch Breaking Bad, it makes me wonder if maybe your TV is broken.

It might be fun to watch your protagonist of choice be an antagonist to everyone else on the show, but creating him as the competition for everything everyone else loves in the real world is just stupid. Harry Potter did not eliminate the need for Lord of the Rings. Buffy did not eliminate the need for Dracula. Battlestar Galactica did not invalidate Star Trek. You can like one without completely denigrating the other.  You can even like one more than another, and explain in detailed, intricate ways your preference. We do that here! ALL THE TIME! But there’s no need to hate on everything else.

I’m sure Walter White is great, but guys, you’ve kind of ruined him for me. And now, like your hipster cousin who refused to read Harry Potter while it was popular, I’m forced to be the pop culture troll lurking in the shadows, trying to keep myself from exploding when a friend casually tosses off that “I mean, Joss Whedon seems fine and everything, but I really like television with darkness to it.”***

My point is that I wish I was as cool as all the people who liked Breaking Bad before it was popular; I wish I had jumped on this bandwagon before it had been taken over with the type of zealotry that characterizes the negative side effects of fandom, but I didn’t. And now you’ve made me grumpy.

And I don’t understand the joke when the internt says things like “I am the one who…” or uses Aaron Paul gifs. And I really, really want to.

* I do not have a tattoo of Joss Whedon on my ass. That would be weird.

** I also do not have a placid exterior.