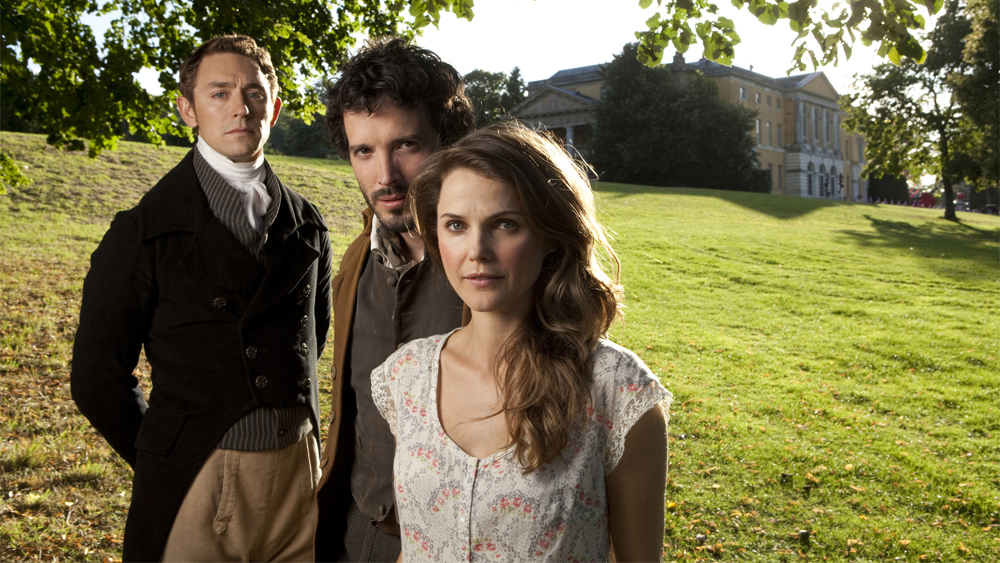 If you want a witty, well-informed take down of all the reasons Austenland fails as both a film and as a celebration of all things Austen, please go read A.A. Dowd’s awesome missive on the AV Club*. Although sometimes I find it really fun to deconstruct a shitty movie for all the ways it reinforces gendered stereotypes or fails to have cohesive character and plot, after I walked out of Austenland what I really wanted to do was… go re-read Pride and Prejudice.

The movie is a corn-filled trifle, not even good enough to be called the odious term “chick flick”. Especially for the first fifteen minutes, it features one of the all-time most-offensive stereotypes of what a woman who loves Jane Austen a little too much might look like (apparently, a 6 year old girl?).

But it also features cute guys with British accents (occasionally fake) and a so-over-the-top-it-boggles-belief performance by the former Gaius Baltar, James Callis, that is just winning for every second he’s on screen. I didn’t really want to go to Austenland, but I’m not sure the source material really had that kind of movie in it. Instead, the movie was a toothless and absurd satire of escapist fantasy and featured a lot of jokes to tickle the funny bone of anyone who’s ever read the words: “It is a truth universally acknowledged that a single man, in possession of good fortune, must be in want of a wife**.”

It defines the words “guilty pleasure” for me, but hell. I enjoyed the crap out of Austenland. I laughed, sometimes even WITH the movie rather than AT it. And I found Kerry Russell suitably adorable, Jennifer Coolidge suitably absurd, and JJ Field distractingly handsome (even if he does look uncannily like Jude Law and Tom Hiddleston had a handsome ass child… but you know man-sized).

* Although I do take issue with the review’s assertion that the movie only references Pride and Prejudice. Sure P&P gets name-dropped the most (and the culturally pervasive search for “Mr Darcy” is definitely a large portion of the plot), but there’s also large shades of Mansfield Park that frame the plot, and the over-arching ridiculousness is DEFINITELY Northanger Abby.

** I didn’t have to look this quote up. P&P and Harry Potter, their first pages take up the brain space I would have otherwise dedicated towards mastering open heart surgery.