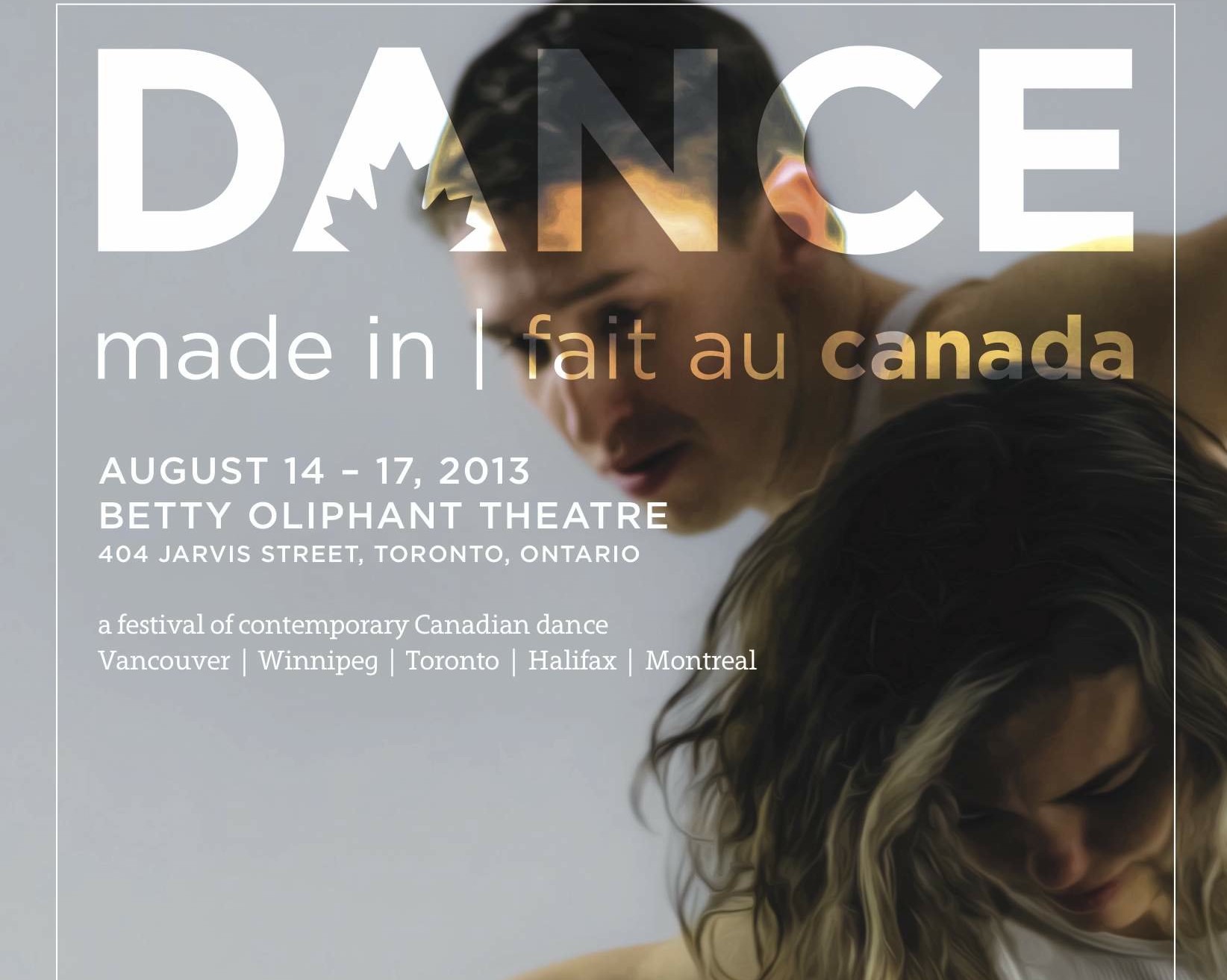 A Great Spectrum of Human Existence

The image of a totally nude young dancer prancing around the stage at the Betty Oliphant Theatre (fondly referred to as the Betty O) to “You’re So Vain” bleating from a heavy boombox is a sight that one gets used to surprisingly easily.

Ben Kamino opened the dance: made in canada festival on Wednesday night with an excerpt from his piece Nudity. Desire. showcasing the primal emotions of a human reflected in physicality. I admit coming into the show with a pretence to dismiss the nudity as a tactic intended solely to shock the audience. However, after seeing Kamino’s excerpt, the nudity is not only shock value, it is the only way the piece makes sense. The explicit visualizations (not of nudity, but the use of dramatic props) somehow simultaneously separate and pull in the audience. One audience member seeming especially detached muttered, “He’s jacking off” when Kamino disappeared behind his temporary set. Yet the rest of us were able to find the headspace and connection with the human being on stage. Kamino creates a delightfully early hominid appearance with his glorious (if I may) long hair and blank longing stares toward the audience. The guttural uttering throughout the piece make the audience tense and squirm a little perhaps, but are also able to communicate on the most simplest, basest, level imaginable. The structural composition of the stage is effective in this work, and surprisingly mobile. The temporary paper stage and backdrop are utilized and manipulated in what can only be a most unique and organic way. While certain segments of the piece seem to continue for too long, the overall compilation takes the audience on a journey that is brave and unforgettable.

Contrasted beautifully with Kamino’s work, the Bennathan Series closes with William Yong’s piece Steer. The night opened with a step back into a human’s most basic instincts, and closes with an interpretation and reflection of the human body as a machine. Yong plays between the biological and technical aspects of the body, how it can function or be represented in space. Speaking of space, never before have I seen a more functional, dramatic, and effective use of projection screens. The 3D space created by the four vertical screens is interactive and enchanting. One segment of Steer has Yong speaking into a body microphone with changing vocalization patterns projected on the screens. The biological interaction with technological elements is reflected both in the piece’s theme and development.  Yong’s ability to move his body in smooth organic ways jumps to mechanical breaks and crunches pairing with his music in such a way that it seems to be stemming from his core. Again, some aspects of Steer drag the audience for too long, or seem too repetitive. A certain section in the middle with visuals of Yong’s face in warped configurations is beautiful to begin, but loses its awe as it draws on. However, the development of Yong’s work has so much amazing potential, and a unique interaction with technology that dance audiences will be craving. The Bennathan Series of dance: made in canada was executed beautifully, and curated masterfully with two such oppositional pieces that open the audience’s eyes to the spectrum of human existence. It is a show that comes with great recommendation.