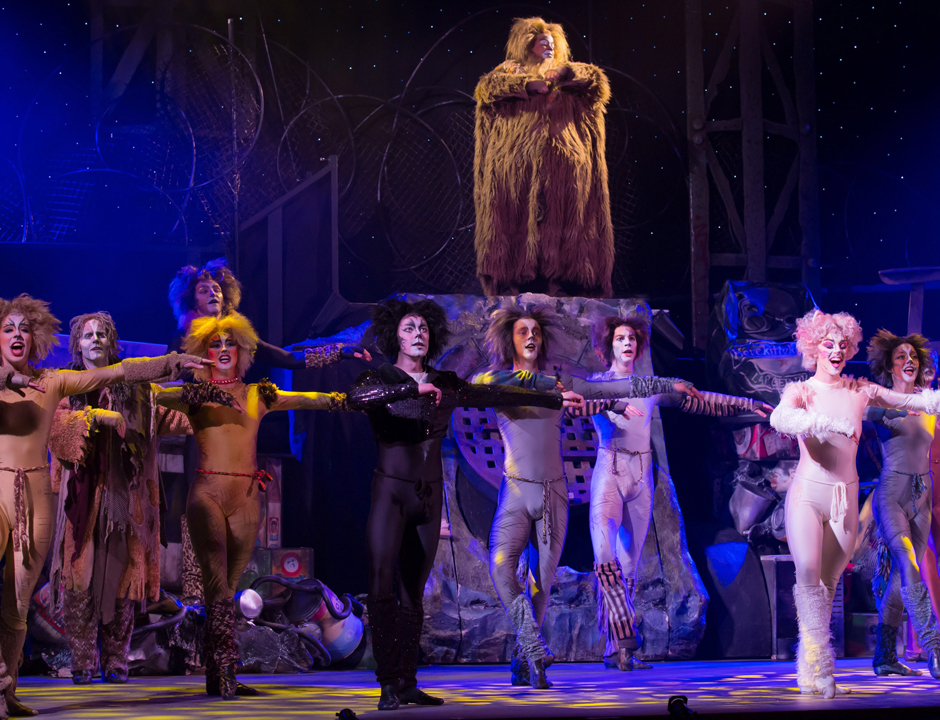 The Cats Came Back

Cats may just be the most-mocked musical in the history of the world. But it’s also one of my favourites. First of all, Andrew Lloyd-Webber, once upon a time, was a uniquely magical composer capable of creations that were both lastingly beautiful and bizarrely unique. His best work will always be, and has always been, some of my favourite work that anyone has ever done. On top of all that, Cats itself is perhaps the weirdest idea anyone has ever had for a theatrical production, so the fact that it works (in inarguably commercial and I would argue creative ways) is a fascinating, remarkable, kind of fabulous fact. It’s bizarre- it’s literally humans dancing around pretending to be cats- and has very little in the way of story beyond some pretty decent themes of acceptance and community, but Cats, in almost every way, is a showcase of human capability- of Webber and TS Elliot’s immense creativity, of costume design ingenuity, of the range of the human voice and the transformative power of the human body and the astounding feat of performers balancing the mastery of both simultaneously in a way that’s far more rare in musical theatre than you’d imagine. Cats is pretty cool, even if it’s so so so uncool.

Obviously, I was psyched to see it come back to Toronto, if only to bring a little of the glimmer of Webber’s heyday onto the dim musical scene of the last decade. But Mirvish’s current production is on the shoddy side in depressing ways. It’s still Cats– it’s still worth it if you’ve got the open mind and definitely not worth it if you’re set against the concept- but every time Rum Tum Tugger didn’t absolutely nail his choreo or the triple threat chorus didn’t brim with energy, a little of my child-like wonder died.

My biggest gripes with the still-pretty-entertaining production are the somewhat lackadaisical delivery of some of the legendary choreography (my personal favourite thing about Cats), the occasional squeaky voice in the female cast (the men are pretty uniformly good) and the drawn-out absurdity of the Growltiger sequence (someone please cut that nonsense!). I was torn on the topic of fan-favourite Grizabella, thinking that while the too-young Ma-Anne Dionisio’s massive belt sounded technically good on “Memory”, bombast and vulnerability are pretty theatrically incompatible concepts and the latter should be at the core of the musical’s arguably most important character. (I say arguably because I actually think the key character is Munkustrap, but that’s an editorial for another time). Jay T. Schramek’s Skimbleshanks, on the other hand, is every bit the delight he needs to be and the adorable Susan Cuthbert defies reason by showing up ensemble members many years her junior with both her tapping skills and perfect soprano as Jennyanydots and Griddlebone.

But my gripes and praises quickly took a backseat when leaving the theatre because I had done something I almost never do- I’d brought a musician with me to the theatre. I rarely bring anyone at all and, if I do, they’re usually a true “theatre person” or a complete layman, contented to watch anything entertaining. But on this occasion I had brought a rare fellow Cats fan despite his fitting in none of the aforementioned categories. The result was an impassioned diatribe about the state of the pit band. I’d barely noticed the pit band. In fact- unless it features a standout violinist or a cute cellist- I rarely notice the pit band at all, having spent years honing my knowledge of what’s happening on the stage and forgetting everything I ever learned about musical instruments that aren’t vocal chords. So, unqualified as I am to address the subject myself, I had the musician in question jot down his thoughts on the apparently criminal pit. Here’s what he said:

“Cats is a polarizing musical with great music. Much of my love for the show is the result of having seen it on Broadway as a child, and listening to the soundtrack on cassette all through my childhood. Nostalgia notwithstanding, the music is fun, emotional, occasionally complex, and requires the care of a skilled pit orchestra to execute with integrity. The orchestra for this production is undoubtedly skilled. The music is performed at a high level with fluidity, particularly from a sharp rhythm section. It was a lack of timbral taste, however that left me squirming through parts of the show.

The ensemble is small, likely a result of space and/or budget. This is typical of most pit orchestras. What’s disturbing about this version is not the fact that a lot of brass and woodwind parts are covered by two extra keyboards (a common musical theatre practice), but that the sounds of the brass and woodwind patches sound like 1985 MIDI prototypes. The situation isn’t helped at all by what sounds like inappropriate articulation, which features extensively in the overture. Whether the articulations adhere with the score or not, the result is underwhelming- not a feeling typically associated with Webber music- and it doesn’t feel or sound much like the soundtrack we all know and love (or not). The effect is comparable to seeing a professional production of Romeo & Juliet with wonderful acting and direction throughout, but all of Benvolio and Friar Lawrence’s lines are delivered by SIRI on an iphone. The quality is so bad that the overture, littered with these dated sounds, almost had me in stitches. It certainly had me doubting the professionalism of the entire company. I was immediately unsure whether I was seeing a qualified professional company, or an above-average community troupe.

That all sounds harsh, I know. I must remind the reader, as I reminded myself throughout the show, that the production is impressive on all other fronts. The acting, singing, and dancing are all up to par (if not up to Kelly’s expectations), and the pit orchestra is excellent. I just ask for a little (a lot) more discernment regarding electronic reproduction of acoustic instruments.”

In a way, his particular complaints are symptomatic of the larger issues within this entire production- there’s something skimpy going on here, when otherworldly grandeur is what was required. Cats is demanding, we acknowledge that, but in an arts-hub city like this is it too much to ask to find a Rum Tum Tugger who can bend fully at the waist as the choreography demands? If you’re going to do it, you have to do it right, and that means dedication to detail (and decent electronic instrument patches, apparently that’s very important as well).