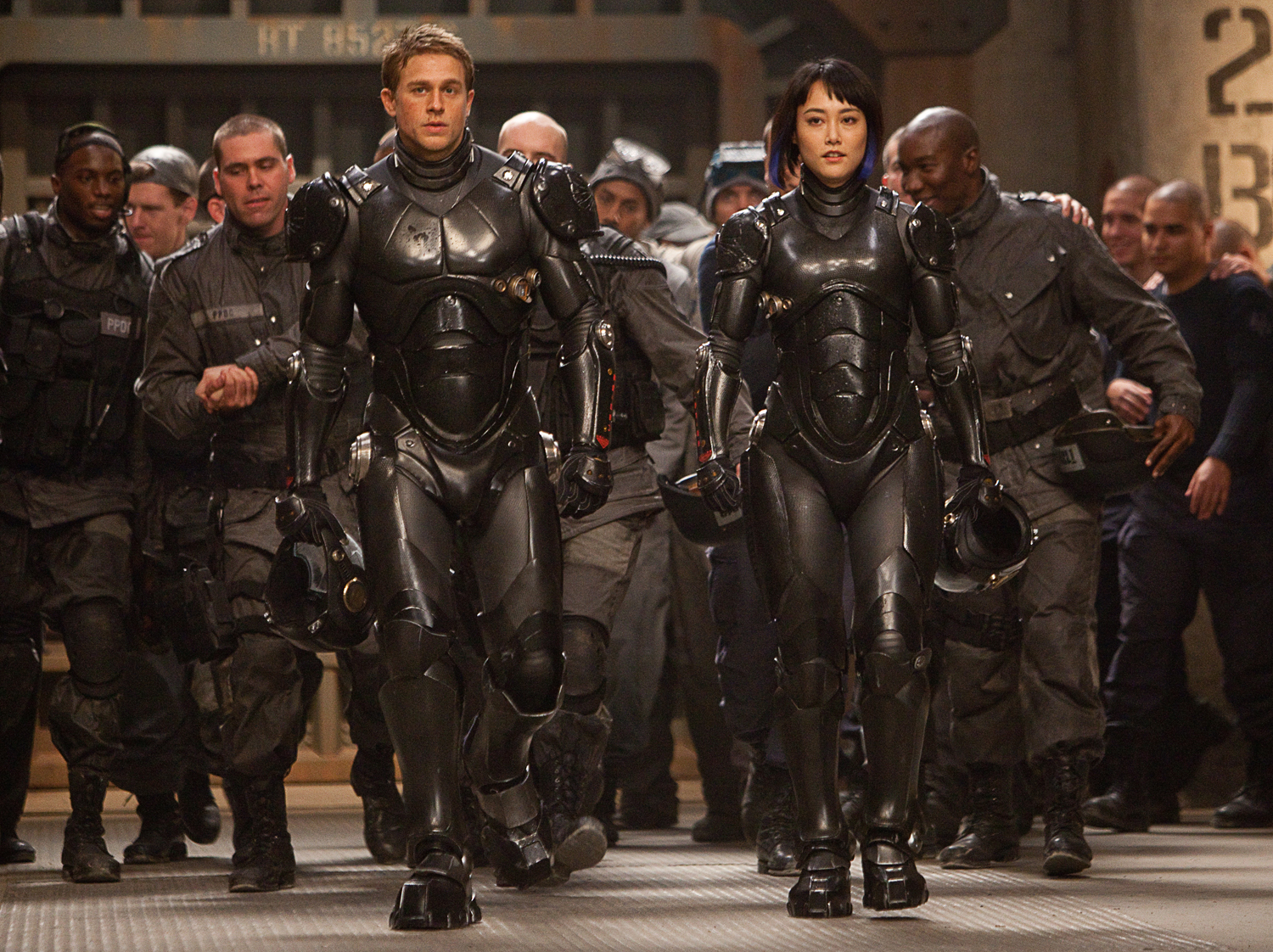 It starts with the overwrought narration, provided by star Charlie Hunnam, when it self-seriously proclaims that, “We always thought alien life would come from the stars, but it came from deep beneath the sea.  A portal between dimensions in the Pacific Ocean.” Did you snort a little when you read that? I did. I snorted when I heard it in the movie. The premise of Pacific Rim is utterly absurd, and that’s the fun. The characters are all so stereotypical that they almost act as parodies of their archetype, from the noble but damaged pretty boy to the martial arts trained Asian girl to the flamboyant, scenery chewing semi-baddy. And the plot jumps around in lurches and lunges, inexplicably taking over 10 years of story, strange subplots starring Charlie Day doing a JJ Abrams impression, and a semi-cooked maybe-love-story that goes nowhere.

But whereas all this grandiose absurdity could sink a worse director, Del Toro’s sure hand keeps his B-movie homage on just the right side of ridiculous. It reminded me of an even better version of the first Transformers, a movie which has been significantly denigrated by every successively-worse iteration that’s followed it. The first Transformers was a damn good time, a movie where the budget was splashed large across the screen and the finest minds working in special effects today clearly worked over time.

Pacific Rim is no different. Del Toro’s monsters and robots look astounding. Even the would-be goofy human-robot interface looks cool. Del Toro mixes a gritty, damaged mindset with the coolest shots money can buy, and the result is a movie that never feels like a too-slick throw back, but rather a legitimate B-movie that just stumbled upon 100 million dollars.

The movie seems designed for a fantastic drinking game or late nights at the Drive-In movie theater, and I mean that as a compliment. In a summer that has given me overly-ponderous superman schlock and not-trying-hard-enough animated sequels, an inventive, visually stunning monster flick was just what the doctor ordered.