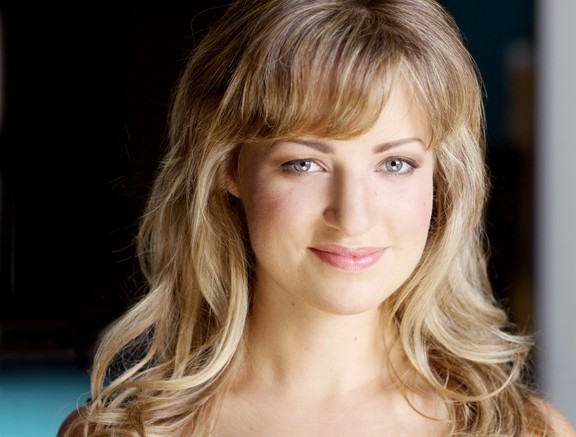 The creator/writer/director (with Jonathan Langley) of one of the biggest theatrical undertaking in Toronto indie theatre last year, Karen Knox created the immersive world of Best Production nominee The Loyalists.

She joined our Nominee Interview Series to talk about the twice-nominated production.

Can you remember the first theatre production you ever saw?
Absolutely, Phantom of the Opera when I was about six. I thought that the Phantom was the saddest, most loveable creature I had ever come across.

What’s your favourite production you’ve ever worked on?
An outdoor production of Peter Pan directed by Pablo Felices Luna in Hockley Highlands. I was a sixteen year old girl, wearing a green tights, jumping out of trees, and worrying more about dirty pirates than boys or shopping. Pure bliss.

Do you have any dream projects?
Totally. It’s a re-working of Thomas Shadwell’s The Libertine. Sex & gender politics meets video installation in the form of restoration direct address. There are very little clothes involved in the whole venture which will save some cash on the otherwise outrageous budget I dream of.

How did you first get involved with Single Thread?
I first started working with Single Thread when I spearheaded a collective creation project with them for a night put on by the Toronto Historical Society for Toronto’s First Post Office. Along with four other actors we created an hour long piece about the War of 1812 that ran the gamut from cross dressing Generals to a senile Laura Secord who couldn’t quite get her story straight.

Walk me through the creation process for The Loyalists on paper. Where did the idea come from?
The concept was the brain child of three fabulous minds who started Single Thread from the get go. Jonathan Langley, Alex Dault, and Liam Karry were the, “mans with the plans.” When I was brought on board the piece was mostly conceptual. The process of creating our structure and script was highly experimental, and all of us went in with huge amounts of blind faith. Through improvisation with our actors and lots of subsequent late night transcriptions of the day’s work, slowly the Loyalists script began to take shape.

Was the writing process research-heavy?
Initially yes. I, in particular, who was no expert on Canadian military history, did loads of reading to prep myself before we got into full creation mode. However, once we got down to creating the story, since all the research had been done beforehand, the play started to become, surprise surprise, more about the relationships than anything else.

Single Thread is a site-specific company. How did you decide on Victoria Memorial Square?
Victoria Memorial’s proximity to Fort York, and its central downtown location, made it a highly desirable space to work in. The park had just enough traffic to generate interest among locals, but was also contained enough to allow this kind of a show to run without the constant interruption of outdoor yoga classes or legions of designer pugs from the neighboring Thomas Hotel crowd. Though to be fair, the actors did deal with these kind of interruptions at least once or twice.

Tell me about the casting process. Were you able to find actors who fit the vision you had in your head while writing? Did the actors work with you at all to create such specific characters?
Frequently during the creation process of The Loyalists, I and Jonathan Langley, my co-director, had to stop and thank all the divine theatre powers for giving us such an incredibly generous and creative cast. Once the initial casting was set, we told the actors they had free reign to flesh out their characters in any way they deemed fit. I have never in my life been privy to such a large cast of fully developed and nuanced performances. The people who inhabited our mini “York 1812” came alive directly as a result of the actor’s utter commitment to exploring who these characters really were.

Did much change between script and production?
Since our script was born during the rehearsal process, it was essentially a constantly morphing beast. Half way through the process we began to refer to the production as: The Loyalist Machine. I still have some of the original manuscripts hidden away in a basement covered in coffee stains, illegible scrawl, and lots of black slashes.

With audience interaction as such a major factor, how much did actor improvisation factor into the production?
Actor improvisation factored hugely into the production. The show was structured a bit like a sandwich. In the beginning we had a pretty tightly set script, followed by “the missions phase” in which audience members chose their own adventure and had a direct hand in determining the outcome of the play. In the end we closed the piece with one of two scripted endings based on the outcome of the missions phase.

What were some of the biggest challenges in developing and producing such a unique piece? Were there many amusing mishaps?
The biggest challenge was, no doubt, figuring out how to rehearse “the missions” phase of the piece. We needed to figure out how audience members were going to react. There were only so many times that Jonathan and I could stand in pretending to be completely oblivious audience members who had never played in an interactive theatre environment before our actors started to roll their eyes at our “timid audience member acting.”

The amount of amusing mishaps of getting The Loyalists together could probably be its own volume, but I remember a particular evening when one of our actors, during a dress rehearsal, went tearing across Victoria Memorial park in character as an American soldier with news of an escaped revolutionary priest. All charging six-foot-four of him caught the attention of a black lab out for an off-leash frolic in the park. The dog ended up biting our actor on the ass so hard he had to wear a costume with bite marks in it for the rest of the run. It was magnificent and horrible.

The night I attended, in a swell of Canadian pride, it was like pulling teeth to get anyone to volunteer to join the American army. Was that nationalistic identity important to you when developing the piece?
We definitely tried to balance the sides. We didn’t want our Americans coming off as “the baddies.” We ended up making one of the American soldiers the hero of our romantic subplot in the hopes of wooing more patriotic Canucks to the side of the Yanks. That being said, I was always clandestinely delighted every time the Americans were banished from our little York.

Do you have a favourite moment in the production?
Yes. Every night I got to see the show, I made sure I was at the Hog’s Head when our hard bitten bar proprietress Helen Marshall fed the town drunk John Finch a piece of pie. That, and when John’s wife Martha discovered his secret stash of nineteenth century pornographic drawings.

What are you doing now/ what’s your next project?
Right now I am living in London, England getting my Masters degree in Classical Performance at the London Academy of Music and Dramatic Arts. After graduation I plan to set a production of The Libertine in motion, as well as collaborate with Single Thread again.